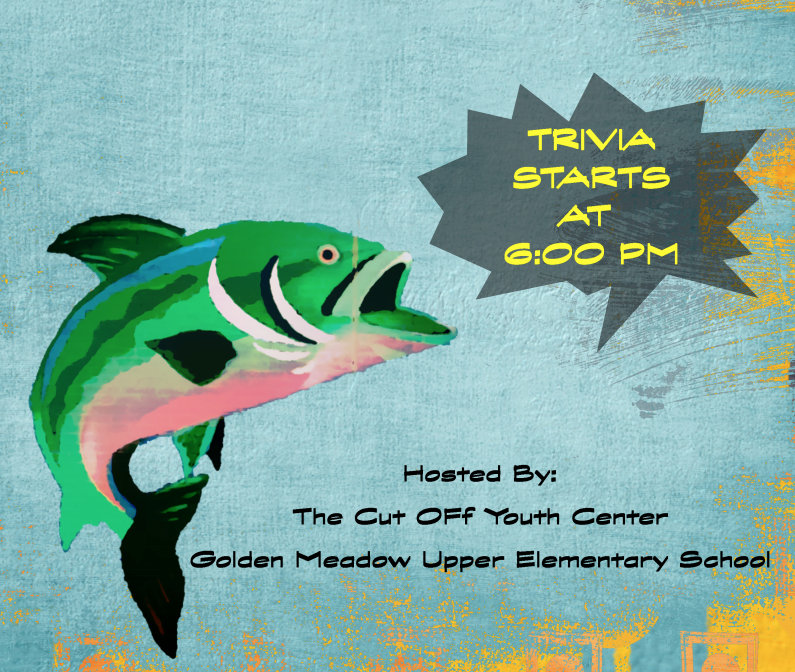 Down the bayou has put together a trivia event again.

The Cut Off Youth Center has once again partnered with Golden Meadow Upper Elementary to host Trawlin for Trivia after a local Erin Eymard organized the gatherings. The next event will be on March 28 and already has 12 teams registered.

“I finally got tired of people asking,” said Eymard, the organizer.

“You need volunteers for things like this and schools are rife with volunteers,” she said.

Eymard said she is trying something different by sending out letters to all the surrounding schools to invite their quiz bowl teams. So far South Lafourche has signed up two teams, Thibodaux High School has signed up one and Bayou Community Academy also signed up one team.

Usually trivia events give out cash prizes, said Eymard, but this is because they typically expect some of that money to be reinvested. Because of the nature of the event, she is offering prize baskets instead: one for first place, one for last place, and one for best dressed.

“Some teams really get into the dressing up part of it,” Eymard said.

Best dressed can be unique. Eymard said some noteworthy examples from the past were “The Spinal Tappers” who dressed as washed up 80’s metal band members, the “Make Trivia Great Again” team who where MTGA hats, and “We Thought This Was Speed Dating,” who were Saint Bernadette team.

The prize baskets include donated items such as gift cards, bath bombs, and scratch offs.

City of Thibodaux 2022 Property Tax Notices have been mailed