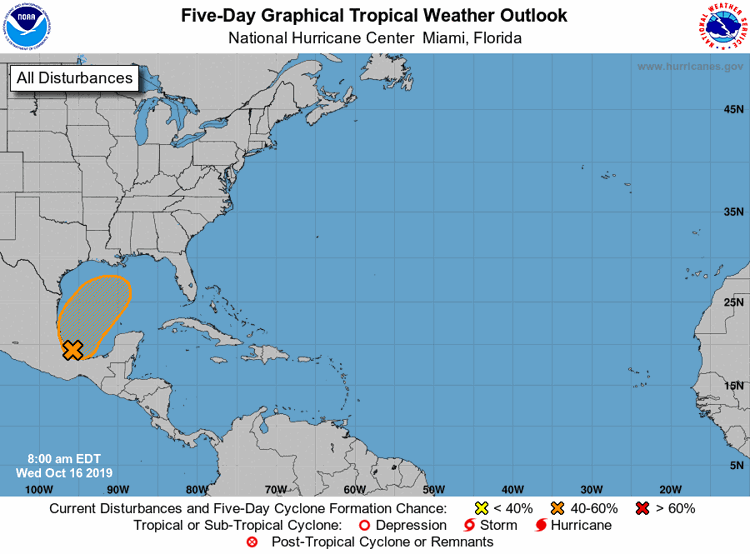 The National Hurricane Center says there’s a 50-50 chance of a tropical storm developing later this week in the Gulf of Mexico.

NHC has identified a disturbance in the extreme southwestern Gulf as a pinpointed area for possible development later this week and into the weekend.

So, to the elephant in the room: Where will it go?

Well, there’s some debate and discussion about that.

Some model guidance takes the disturbance north toward the Louisiana coast this weekend and early into next week, giving our area several inches of rainfall.

Other guidance drives the storm farther to the east toward Mississippi and Alabama, keeping us on the drier side of the disturbance.

Even if the storm develops and becomes a tropical storm, it is not expected to become a major storm, because conditions in the Gulf currently are not conducive for quick, rapid tropical development.

See The Times for further updates, as needed.