Player of the Week – McKenzie Champagne 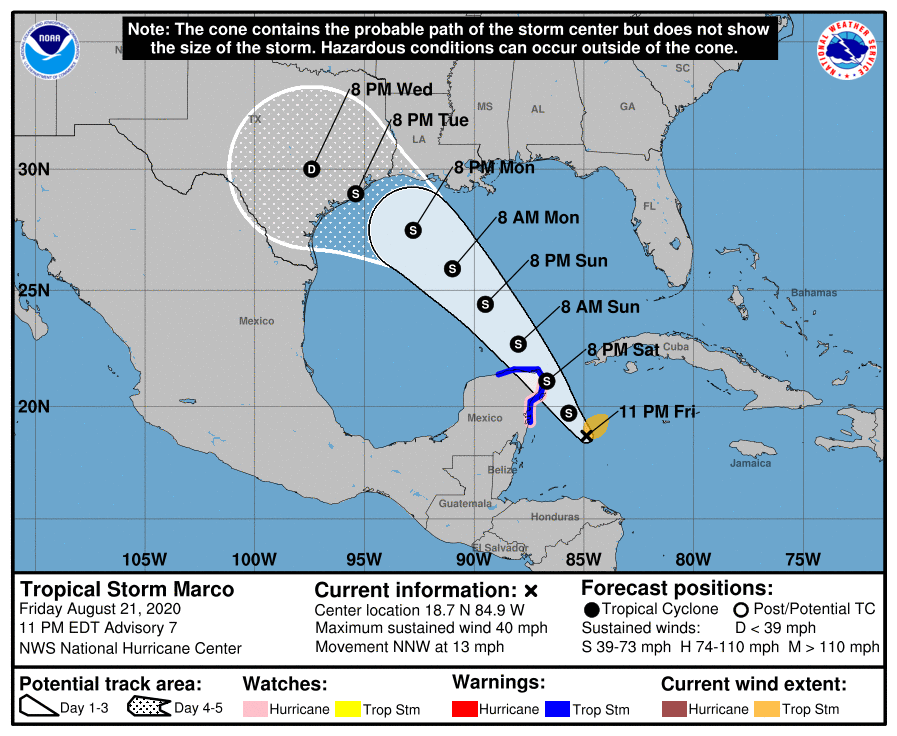 The system is expected to move into the south-central Gulf of Mexico later tomorrow and move towards the northwestern Gulf coast on Tuesday.

At 1100 PM EDT, the center of Tropical Storm Marco was located near latitude 18.7 North, longitude 84.9 West. Marco is moving toward the north-northwest near 13 mph (20 km/h). A slightly slower northwestward motion is expected for the next day or so, followed by an increase in forward speed by early next week. On the forecast track, the center of Marco will approach the east coast of the Yucatan Peninsula of Mexico on Saturday. The center will then cross the northeastern part of the Yucatan Peninsula Saturday night
and move over the central Gulf of Mexico toward the northwestern Gulf on Sunday and Monday.

Maximum sustained winds have increased to near 40 mph (65 km/h) with higher gusts. Additional strengthening is forecast during the next couple of days as the system approaches the Yucatan peninsula
and Marco could be near hurricane strength when it moves over the central Gulf of Mexico on Sunday.

Tropical-storm-force winds extend outward up to 90 miles (150 km) from the center. The estimated minimum central pressure is 1003 mb (29.62 inches) based on reports from the Hurricane Hunter plane.