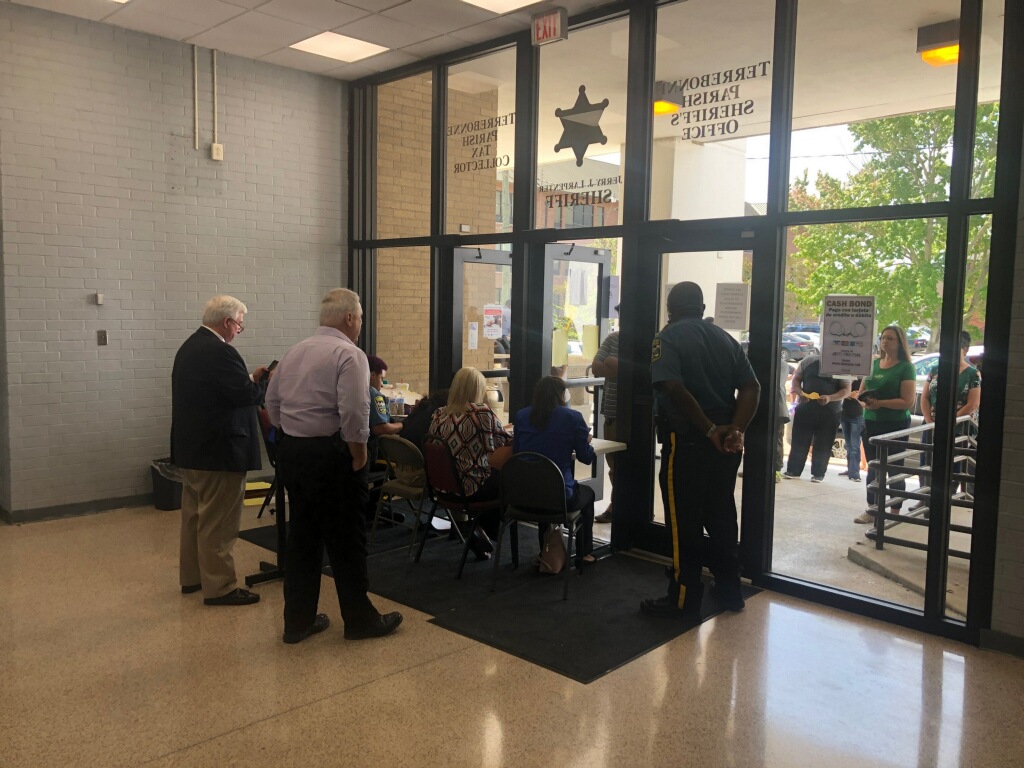 The global pandemic is causing changes to everyday lives as people seek to protect one another from the spread of the novel coronavirus. These changes are affecting systems as rigid and structured as the courts.

Court proceedings scheduled to take place prior to the changes implemented to slow the spread of the novel coronavirus, Covid-19, are still taking place. Judge Randall Bethancourt, of the 32nd Judicial District, Division E, adjudicated traffic court cases, downstairs, in the lobby of the Terrebonne Parish Courthouse, Tuesday, March 17.

Monday and Tuesday – and planned for the remainder of the week – defendants have queued up outside the courthouse, receiving appearance tickets for future dates at the doors, where tables were set up. Those wishing to see judges for immediate entry of pleas were escorted to courtrooms in groups of five for misdemeanors and felonies.

Around 200 or more defendants lined up outside the courthouse, and judge Bethancourt, standing behind a podium in the lobby, took individual pleas. Terrebonne Parish Sheriff’s Office bailiffs escorted those posting bonds or paying fines to the appropriate office. This method was employed for approximately 50 defendants, whose cases were dispensed with in about a half hour.

“Our bailiffs worked in a prompt and effective manner, helping the judge keep the wheels of justice turning,” Sheriff Larpenter said. “The Houma Police Department, Terrebonne Parish District Attorney and Terrebonne Parish Consolidated Government offered strong support and assistance. The people of our parish are used to overcoming adversity, and in this situation everyone, including the public, pulled together to make things work.”

The Houma Police Department was outside keeping the crowds orderly and spaced out.

Terrebonne Parish Director of Public Safety Steven Ponville, described the cooperation between the many agencies to continue the court functions as “historic.”

“I have never seen that done before,” said Ponville, talking about Bethancourt. “He did a good thing today.” 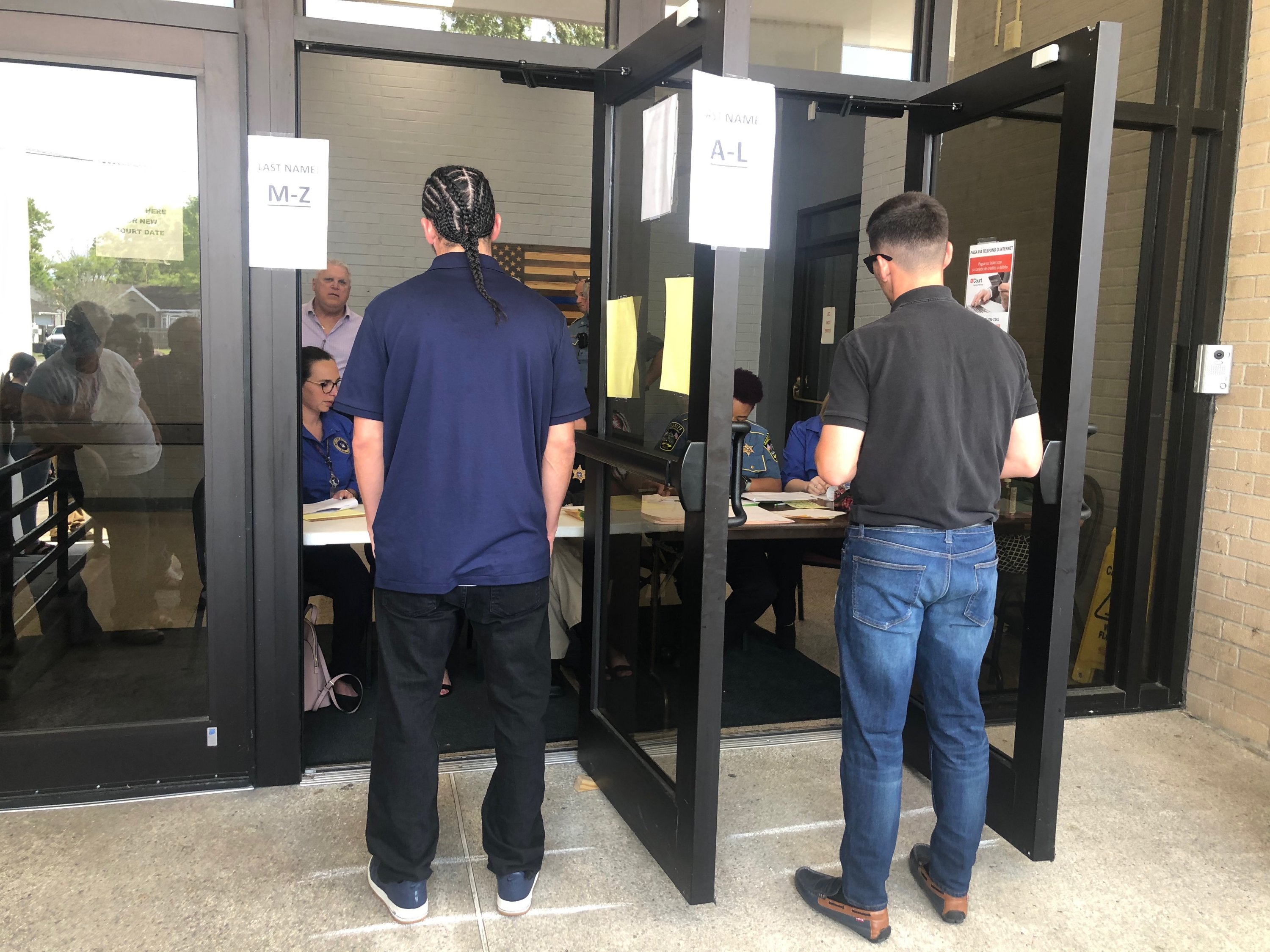 A pilot plan was enacted Monday, March 16, which allowed people to either go before a judge or schedule a new court date through lobby service in the courthouse which, Sheriff Larpenter said, was successful. Although subject to change, the same plan will be in force at least through the remainder of this week.