Enjoy the first Lights in the Heights this holiday 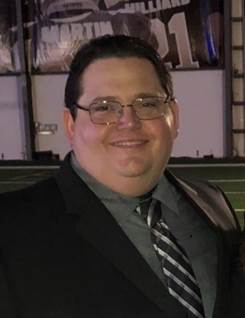 Waste Pro has announced that Jesse Murphy has been promoted to Regional Vice President of Louisiana.

Jesse has more than 30 years of experience in the waste industry. Jesse joined the Waste Pro family in 2015 as the Operations Manager in New Orleans and Baton Rouge before quickly being promoted to Site Manager. He then worked his way up to Division Manager of New Orleans, where he was responsible for overseeing 35 employees operating 28 trucks in the hauling and transfer station that services the New Orleans area. In 2019, Jesse was appointed as Divisional Vice President of the Louisiana market.

“The Louisiana team is a talented and dedicated group of waste professionals. Under Jesse’s continued leadership, as a team, they will continue to focus on providing the highest level of customer service while providing long-lasting careers to more than 250 employees in the great state of Louisiana. There is much more growth throughout the state and with his core values and embodiment of the Waste Pro Way, Jesse continues to lead by example with a focus on people, equipment, and safety,” says Keith Banasiak, Chief Operating Officer, and Senior Vice President.