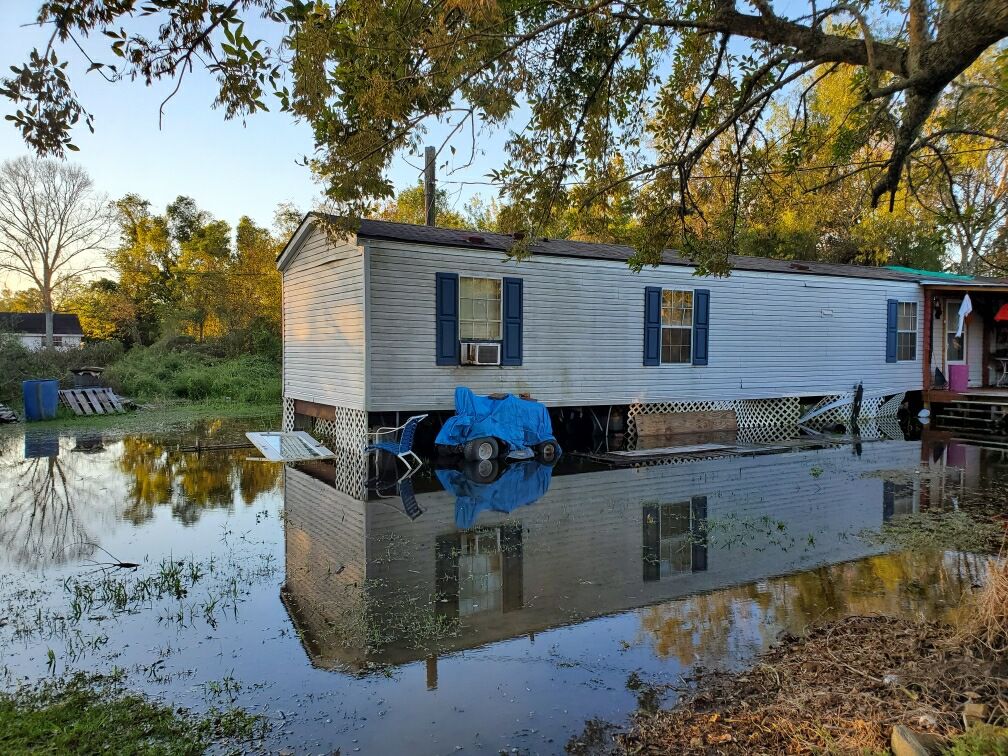 Residents of the Gibson area were fed up with continuous flooding and expressed their frustrations to officials during an informal meeting held by the parish at the Gibson gym, Thursday, November 14.

Tara Lambeth of the Terrebonne Parish Government Planning and Zoning gave a short presentation and then opened the floor to the 14 residents in attendance to gather as much information as possible. The area was chosen because of its documented damages from flooding. Engineer, Oneil Malbrough, arrived late but remained until he addressed all resident’s questions.

“If it rains right now I still have the same problem,” said Thaddeus Alvis of North Bayou Black Road. “The water still comes over the road and everywhere else – nothing’s changed.”

“Did it just eventually?” asked Lambeth. Before she could finish her question another resident answered.

“It just sits, and sits, and sits for months, because we have the same problem,” said Rosa Patterson, also of North Bayou Black Road.

Alvis and Patterson had similar accounts of how flooding occurs in their areas. The initial rainfall doesn’t cause a problem, but days after their yards are inundated with water, pictures of which show the water just below the mid-calf of those photographed. So much water, in fact, that in some photos it has a current.

“It’s … maybe backwater flooding because it rained one day, we got a little water,” said Patterson. “It didn’t rain for a week and the next thing you know, our yard is flooding again. And it didn’t rain.”

Both residents’ floors of their homes have become waterlogged, and both had photographic proof of the flooding. Timestamps from Alvis’ photos included: Feb. 28, May 13, 23, 24, 28, 29, and 30. According to Alvis, the flooding began in Feb and remained for about 3 months.

Patterson also had photos of flooding. Her’s were of flooding which occurred in October. Timestamps included the 26, and the 31.

Residents show a sense of humor about their predicament. Patterson’s nephew, Kasey Patterson, stood in her backyard with a fishing pole pretending to fish as the current visibly ran past him. He did not catch anything.

An hour in, the residents began to become visibly frustrated that no one with answers was in attendance, “I could have stayed home and ate,” said Patterson.

Shortly after, Malbrough, Sr. Vice-President of GIS Engineering, walked in and apologized to the crowd. GIS engineering is installing the pump stations which will alleviate the flooding in the Gibson area.

He explained that the flooding must be addressed incrementally. The work that has been done throughout the parish is, as many of the residents suspected, backing up on their area.

According to Malbrough, funding has been secured for 2 of the planned 3 pump stations, and his company is waiting for the grounds to dry. Once dry, a slab can be poured and the second station will be installed. Then work on levees can be continued.

The water takes as long as it does to dissipate, said Malbrough, because only one station is up and running.

A resident of the Humphrey area, on North Bayou Black Side, Johnny Marks said he already knew the marshes near his home had become a catch basin for Terrebonne and Thibodaux areas. At 68 years of age, he and other residents used to be able to walk from their homes all the way to Bull Run Road. Now those areas were perpetually submerged.

Marks said if the waterways within the Gibson area were cleared, the water could flow to Big Bayou Black, and from their escape out of their community. He cited as an example of the lack of maintenance of the waterways, two large trees uprooted during Hurricane Barry which still block the water-flow of Big Bayou Black.

The problem is complicated, responded Malbrough, removal of the blockage would allow water to flow outward more easily during normal times, but ironically impedes the backflow during times of heavy rainfall. He said that once the pumps were in place, allowing greater control over the water, the waterways would need to be dredged.

Lambeth said that a week after this meeting, the government would be conducting a house to house assessment of the area. Once this data and other measurements are collected, another meeting will be held before actions are taken in about a month. 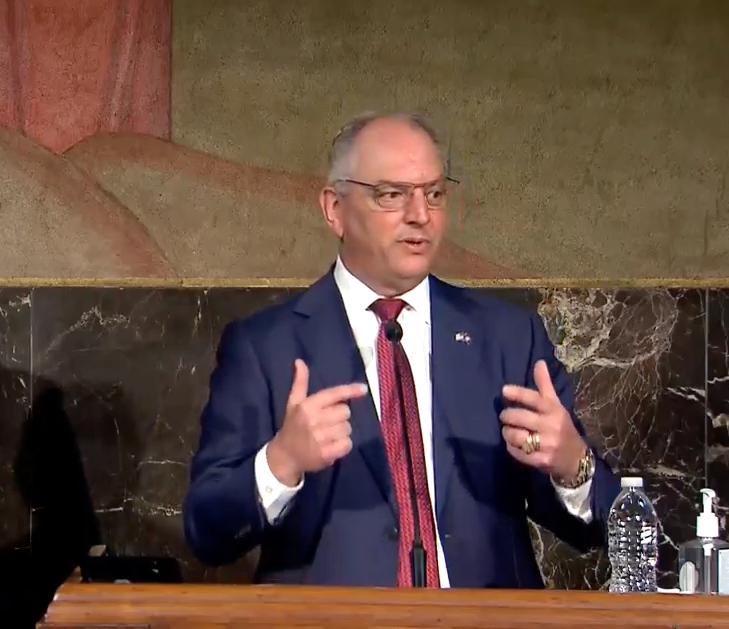