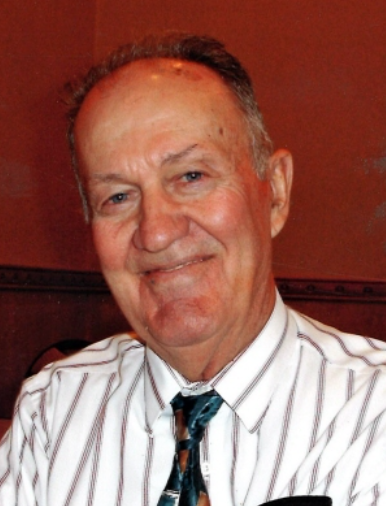 Maxime Joseph Blanchard (M.J.) was born to Maxime and Mannette Blanchard on August 12, 1930, in Matthews, LA, as the only brother to five older sisters. On January 15, 2023, at 92 years of age, surrounded by his family, he passed peacefully from his earthly home to his eternal home in heaven. M.J., a resident of Houma, LA, was a loving husband, devoted father, proud grandfather and faithful friend.

At the age of 20, M.J. began two years of service in the United States Army as a machinist. His service as a Corporal included time overseas in Verdun, France during the Korean War where he voluntarily ran a photo lab capturing the daily lives of his fellow soldiers. At the completion of his service, he returned home to work for Freeport Sulphur Company. When the company closed, M.J. was employed by the U.S. Postal Service, from which he retired as a fleet manager in 1992. He had a strong work ethic, valuing each of his jobs and coworkers very much.

It was love at first sight when M.J. met Betty. They were wed in 1954 and enjoyed 68 years of marriage. The Lord blessed M.J. and Betty with three sons: Mark, Timmy and Matthew. In the years to come, they welcomed four grandchildren and a bundle of great-grandchildren to their family. He was immensely proud of his family and was selflessly committed to each of them. A man of many talents, M.J. was never idle. He especially loved to hunt and fish among other hobbies. He enjoyed God’s creation and spent countless hours in the outdoors with his sons and grandsons. As a boy, M.J. learned to build things such as model airplanes, bow and arrows and started to build an automobile. He continued to craft throughout his life; making knives, carving decoys and writing calligraphy. Some of his proudest creations were a hand-made fiberglass pirogue that he used for many years and a carved wooden Viking ship that was featured in the local newspaper. M.J. was also a talented musician. His parents gifted him with a trumpet at the age of 15. He mastered this instrument and played it in an orchestra, an army band and in his church. A project that was special to him was tracing the Blanchard family name back to the year 1590 in Vienne, France. M.J. was a faithful and genuine follower of Jesus Christ. He worshiped at First Baptist Church, Houma (now Covenant Church) for many years. M.J. served as a deacon, Sunday School teacher, choir member, bus driver, camp cook and countless other roles during his time there. He, along with Betty, helped many in need over the years. M.J. never met a stranger; he could strike up a conversation with anyone. He loved to joke, tell stories and make people laugh. He was a friend to many people. His family and those in his closest circles were truly blessed to be loved by him. His warm smile, joyful blue eyes, and legacy of serving the Lord have made a lasting impact and will never be forgotten.

Family and friends are invited to celebrate his life on Thursday, January 19, 2023. Visitation will be held from 9am to 11am at Covenant Church in Houma followed by a service officiated by Bro. Steve Folmar.

The family would like to extend a heart felt thank you to Charlie Pamplin and Barry Melancon for their special help and care.

Samart Funeral Home – West Park is in charge of arrangements. 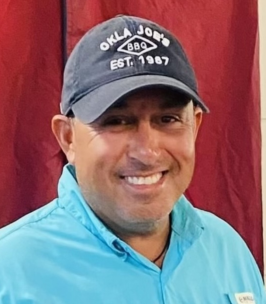