A different kind of Fourth

OUR VIEW: Big shoes to fill at NSU

Clad in shorts and a polo shirt, Doug Holloway used his blue eyes to scan the horizon that extends past the Miami Beach boardwalk, mindful of his spouse’s presence and grateful for it.

He marveled at the man-made display of sparkling lights and explosions designed to make the commemoration of a nation’s birth. At the same time he marveled at a separate show brought courtesy of his creator, the distant rumbles and ocher flashes of a coming storm that kept its rain in check until the fireworks had ceased, allowing the crowd to ooh and ah in peace and dryness.

For Doug, who left the US Army as a captain after years of intelligence work during the Cold War, Independence Day is special and always has been. As a former Baptist preacher there was also a special appreciation for what God does in his skies, separate from anything having to do with the state.

Questions about the difference between what is Caesar’s and what is anyone’s god’s have marked much of Doug’s existence. 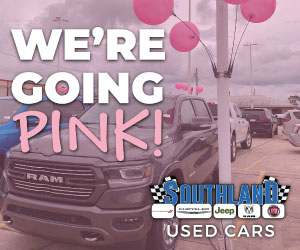 Doug sees himself as a man of faith, always has, and a thinking, questioning one at that.

So answers don’t always come easy to Doug, who works in a secular setting, as the Clerk of Houma City Court.

An issue batted around the federal courts involves whose marriages get recognized by what entities. Most recently it the federal Defense of Marriage Act came up for consideration. The Supreme Court, the highest court in the land, ruled that the federal recognition in civil law that only the union between a man and a woman as marriage is repugnant to fairness and equality. This became problematic because – even if slowly – states are one by one allowing such marriages.

“DOMA undermines both the public and private significance of state-sanctioned same-sex marriages; for it tells those couples, and all the world, that their otherwise valid marriages are unworthy of federal recognition,” Justice Anthony Kennedy wrote. “This places same-sex couples in an unstable position of being in a second-tier marriage. The differentiation demeans the couple … And it humiliates tens of thousands of children now being raised by same-sex couples. The law in question makes it even more difficult for the children to understand the integrity and closeness of their own family and its concord with other families in their community and in their daily lives.”

It was in part because of his daughters – from a previous marriage – and because of his granddaughter, that Doug was convinced the right path for him, upon meeting and finding he was deeply in love with the man who is now his husband, Joel Poole, that he agreed to the marriage between them which took place in Vermont, on Oct. 20, 2010.

The marriage was bound by a Justice of the Peace at a picturesque little inn, with Doug’s parents present. Many years ago even the potential of such a marriage, let alone one involving him, was not on the clerk’s radar.

“I wanted to do it right,” Doug said. “If Joel and I loved one another and were allowed the opportunity we needed to take that opportunity. I felt like even though it is not recognized in the state of Louisiana it is recognized by my family, by my friends and by all the people who love us. And to me that is what is more important than what the state believes or feels. I didn’t want my granddaughter, Autumn, to think her Pappy and her Pappy Joel were living in sin.”

The DOMA decision was not needed for Doug and Joel to marry. It is mainly concerned with matters of money and property and benefits and since they live in Louisiana, a state that will likely join others in time, albeit kicking and screaming, a lot of questions remain about how much of an effect it will have on their lives.

But this year, as he witnessed yet another celebration of America being the land of the free and the home of the brave, there was cause for a little bigger smile and a little more comfort that the American dream can be a reality, that all men really are created equal, as the man-made explosions rocked and rolled.

The fireworks show from God told him nothing new, because the love that resulted in the marriage, to him and Joel, was from the start a gift from heaven itself.