An oilman speaks to the Deepwater Horizon film

A lot of people have been going to see Deepwater Horizon, the Peter Berg disaster flick that tells part of the story concerning the April 20, 2010 rig explosion that killed 11 oilfield workers. As anyone living in these parts knows, the explosion resulted in an underwater gusher that dogged Gulf of Mexico coastal communities for five months after. 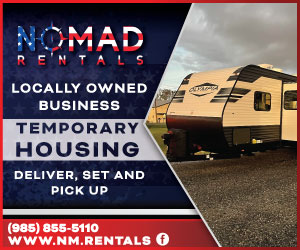 The environmental toll is still unknown. The economic toll was tremendous, not just because fisheries were shut down as a precaution, but because a moratorium on deep water drilling was imposed by a federal government which, prior to the disaster, was less than careful in its monitoring of how oil companies operated.

Many of us here identified with the families of those lost at sea, but they were not our focus through the long post-explosion economic ordeal.

They were the guiding focus, however, for the director of the movie Deepwater Horizon, and while oilfield workers appeared suspicious of how things might turn out, I don’t think a more fitting celluloid memorial could have been done.

Much of the story is seen primarily through the eyes of Mike Williams, the chief electronics technician on the rig who survived to tell the tale. He is played by Mark Wahlberg, who has through many movies effectively shed his Marky Mark persona and is – with good cause – actually taken seriously in his on-screen efforts.

For me, the portrayal of drill crew floor-hand Caleb Holloway by up-and-coming actor Dylan O’Brien contained an admirable everyman patina. O’Brien – perhaps because of the teenybopper appeal he has traded on in the television series Teen Wolf and the dystopian Maze Runner franchise – is a performer I find underrated. In Deepwater Horizon he was well-cast.

After watching the movie, I chose to wait on judgment until conferring with my good friend Bob Walker, who has worked in all aspects of the oil and gas industry and is my go-to guy for finding out how things work in that world. Bob had some difficulty with how aspects of the story were presented.

“The way they had done the testing, the way they tested it, if they would have any pressure at all they would have to bleed it off,” he explained, which did not happen in the film. “As far the pressure surging up like it did and then going back that is pretty much unheard of. Where they showed gas bubbling up around the well head on the bottom I don’t think that happened, that’s very rare.”

Certain scenes of destruction inside the living quarters contained elements of dramatic effect, according to Bob, that were not likely within the time span presented in the film.

“All the living quarters are Coast Guard certified and they are good for 1800 degrees for an hour, so a lot of what they showed blowing around in the living quarters, it doesn’t happen,” Bob said. “I think that was some dramatic license.”

The film accurately depicted what Bob figures was a lot of heroism that went on, noting how so many people were rescued despite how bad the explosion was. Confusion regarding lifeboats was something else he challenges, since drills that are done frequently include assigned seats. Despite those observations, however, Bob says the movie was better than he expected it to be.

“They did a pretty good job overall,” he said, which is more than one can say for BP officials prior to the real event. You’ll have to pay attention to John Malkovich and his poorly constructed Cajun accent to get a good handle on all of that. So overall, since the film has the Bob Walker Seal of Approval, I have no problem recommending it to anyone who hasn’t seen it yet. 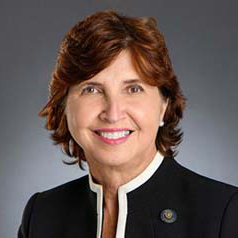