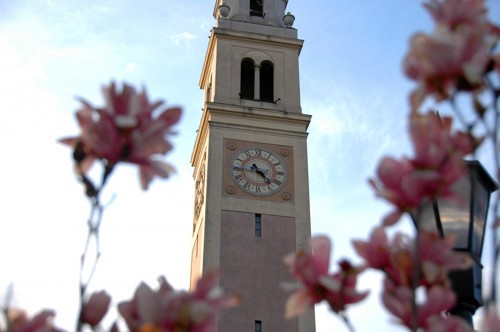 The LSU governing board’s handling of a planned merger of two top university leadership jobs hasn’t exactly been a model of finesse and transparency.

The attorney general’s office has suggested the Board of Supervisors likely violated the state’s public meetings law in approving the consolidation, prompting a do-over vote. Meanwhile, the Georgia-based organization that accredits Southern colleges is raising concerns about conflicts of interest and appropriate handling of the merger plans.

Despite the concerns, the board clearly plans to move ahead with combining the positions of system president and chancellor of the flagship campus. A search has begun for someone who will fill the merged position as the board works to clean up the mess it created with its hasty decision-making.

The Board of Supervisors unexpectedly agreed at its October meeting to merge the jobs after hearing a presentation of a consultant’s report suggesting a system-wide reorganization.

A few weeks later, the board announced it would revote on the idea in December. The news release said board members decided to revisit the issue after the attorney general’s office “questioned whether the Board followed proper protocol.”

Assistant Attorney General Emalie Boyce said the board didn’t appear to have advertised its intention to vote and, as a result, didn’t appear to give enough ability for the public to comment on the idea. A vote on the merger had not been specifically listed on the Oct. 26 board agenda.

If questions about running afoul of state law weren’t enough, the board’s actions also raised concerns from the agency that accredits Southern colleges.

Leaders of the Southern Association of Colleges and Schools questioned whether LSU officials are in compliance with accreditation standards.

At issue wasn’t just the board’s plan to consolidate the two positions, but also the appointment of William Jenkins to serve as the interim leader in both roles, without notifying the accrediting agency.

SACS officials said a merger needs approval from its Commission on Colleges before it can be done. They’ve also asked for more information about Jenkins’ role leading both the university system and the flagship school in Baton Rouge, to explain how he avoids conflicts of interest.

Barry Goldstein, vice president of SACS Commission on Colleges, sent an email Oct. 29 to a vice provost at LSU’s main campus, asking who was the university’s chancellor.

Goldstein said SACS wasn’t notified that Chancellor Mike Martin left the Baton Rouge campus to lead the Colorado State University System and instead read it in news reports, along with information about the plans to merge the president and chancellor’s jobs.

Goldstein also told Jenkins in an email that “a merger/consolidation is a substantive change and has to be approved by (the Commission on Colleges) prior to it being enacted.”

Accreditation is a benchmark used to judge the worth of a school. It can affect the value of a degree in a job market and a school’s ability to attract faculty and students. LSU is currently in the midst of an ongoing review to reaffirm its accreditation with SACS.

Jenkins and LSU leaders said they are providing more information to the accrediting organization and are in compliance with standards. A lawyer for the LSU System, Shelby McKenzie, said the board will also clean up that issue at this week’s meeting.

He said the proposed revamped resolution on the job merger will spell out that Jenkins is working in two positions and the job consolidation won’t take effect until a new president is hired. Also, the resolution will include language that LSU will comply with accreditation standards, McKenzie said.

No matter how they clear things up, board members so far have only fueled criticism that LSU leaders are trying to stifle public comment and limit review of system-wide reorganization plans.

The Board of Supervisors likely violated the state’s public meetings law in approving the consolidation of the Louisiana State University’s consolidation of its system president and chancellor posts, promting a do-over vote.