Community rallies in Houma for Change

The “Our View” column was a weekly column that ran in the print version of The Times, It was a space where our paper could make a statement about current events. While it doesn’t necessarily represent the views of all who work here, it was a place where our voice could be heard.

I want to bring back the column on a weekly basis to allow us a way to start conversations in our community.

For our first column, I want to commend the Houma-Thibodaux community.

Two marches for peace and unity were held in the last two weeks. One in Thibodaux on June 4 and one in Houma on June 13.

Both marches were organized by young people in our communities, future leaders that understand the importance of making their voices heard in peaceful and nonviolent ways.

A notification from WDSU yesterday is what prompted me to write this opinion. During the Houma march, my cell phone sounded with a news notification. It was a story about individuals in New Orleans who vandalized a statue, illegally removed it from its base, dragged it to the Mississippi River and threw it in.

Now what in the HELL did that accomplish, other than getting a free overnight stay in the jail? How did that crime change the future for generations to come?

The comparison was what I was surrounded by in downtown Houma yesterday.

And a true desire to change things in our community by taking appropriate actions.

Did you realize who said the prayer before the protesters took to the street? Houma Police Chief Dana Coleman stood surrounded by those whose lives he is sworn to protect, and invoked Jesus’ name to protect them all. 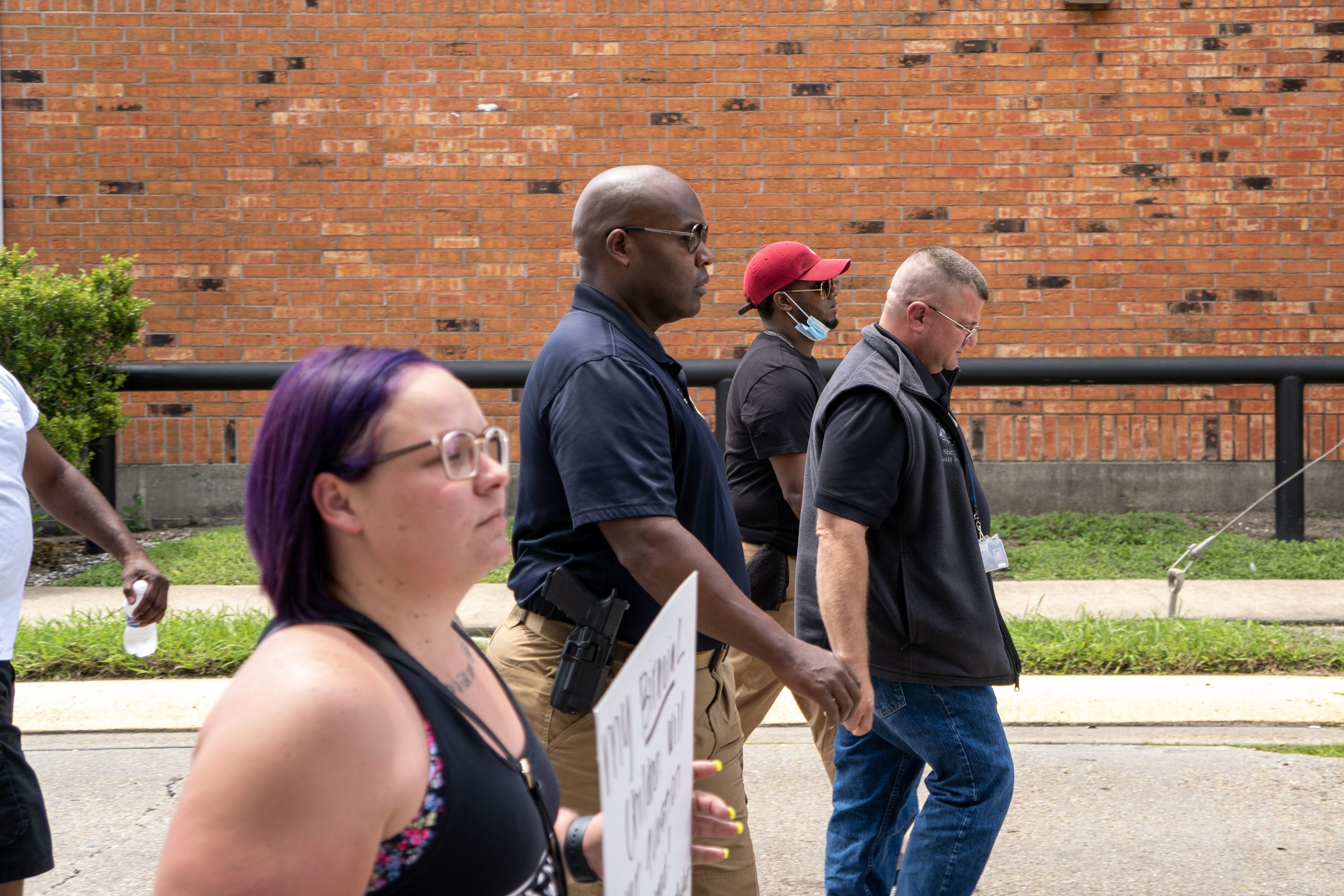 He then marched arm in arm with the protesters to the Courthouse Square. He was joined by Terrebonne Parish Sheriff-Elect Tim Soignet as well. When Chief Coleman took his turn on the mic in front of the Courthouse, he opened with a prayer, leading the crowd in the reading of Psalm 23 (The Lord is my Shepherd). He spoke of what it’s like to be a black man from Mechanicville. His words were, in part:

“I am a black man. Every day, I am a black man. But I’m also the police chief. I represent those that look like me, I represent those who don’t look like me – I represent all races as the police chief. When there is unity, there is strength. No organization, no entity, is any stronger than the weakest person in it. I stand with all of you to bring change, to bring awareness. My door has always been open to anybody to come in and have a conversation and it will continue to be open. But in law enforcement, in the community, it’s time for us to get together. It’s time for us to have some conversations, and it’s time for us to bring about some change… The police will do their part to bring about change and I challenge you to stand with the law enforcement in your community, stand together to bring about change.” 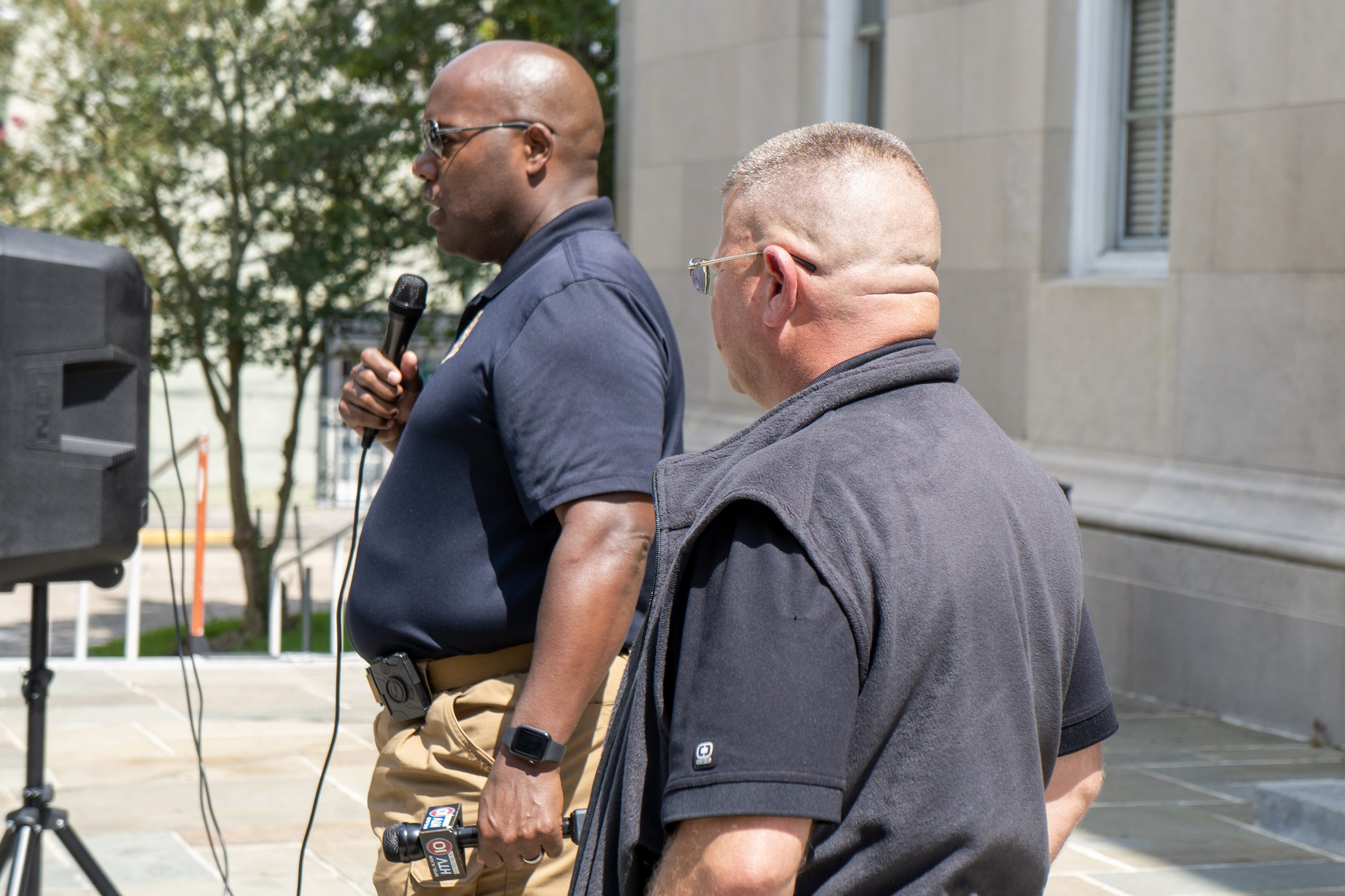 Each speaker that stood on the Courthouse steps spoke of bringing awareness of the issues faced across the country. They spoke of opening avenues of conversation, and speaking up for those who have lost their voices along the way. They spoke of demanding change and holding individuals, particularly law enforcement officers, accountable for their crimes.

No one encouraged violence – instead they encouraged people to register to vote to actually make a change in the community in which they live. A table was even set up at the courthouse and Terrebonne High School stadium, where marchers gathered, for individuals to register right there to make their voices heard.

The Houma community should serve as an example for protests around the country. Coming together to allow all voices to be heard and enacting change.

Our view this week is to encourage our community to continue to act in peace, to demand change, and to realize that change begins with you.