OUR VIEW: Happy Birthday to Us! 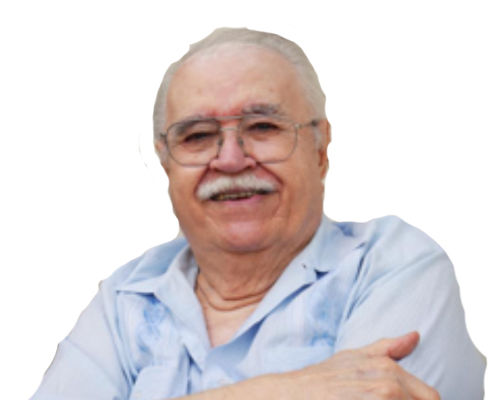 I was the first and for a while the only Golden Meadow Martin to graduate High School. Third to sixth grade was the most South Louisiana Cajuns could hope for in the 1930’s, and only because it was mandated by law. Girls then left to get married and boys left to work. I lucked out. The one chore I hated most was cutting grass. There were no lawn mowers, only a grass cutting machete that I handled badly. One day Dad was watching me and told Mom, “We’ll have to see to it that he graduate from high school, because he’ll starve working hard to make a living.” (Graduating from Golden Meadow high then was equivalent to a B.S. degree today to employers.) My future was staked out on our front porch that day by my parents. I was 10 years old.

By 1943 World War II was blazing and Dad, being too old for the draft took a job in New Orleans at Higgins Industries, building landing crafts that General Dwight Eisenhower later told Mr. Higgins had “won the war”. Most other Cajuns too old or with too many dependents to be drafted did also. My New Orleans stories in future columns.

I got to finish 7th grade at Golden Meadow Elementary and lived at my Aunt Elicia (Frank) Griffin’s house while my parents moved to the city. I followed and completed 8th and 9th grade at S.J. Peters High School.

The education bar was lower in New Orleans and I comfortably adjusted to it and aced my 8th and 9th grades. Unfortunately back in Golden Meadow for 10th and 11th grade (there was no 12th), I did not re-adjust to the higher bar and struggled through my last two high school grades, but managed to graduate in 1946 in a class of 26.

In my last year, having bought my class ring ($35.00, pricey then), I was called to Principal Leonard Miller’s office. I cringed! Because of my city ways, I had been called to his office several times and it was never pleasant. “Boy” he said (he called all male students “Boy”—I don’t know how he addressed the girls) “you have a problem”

I slid in the chair. He addressed me firmly “the course you took “Social Studies” was the same course you took in New Orleans, called “Community Culture.” I had realized early on that my parents could not afford to send me to college so I took the easier selective courses to attain just the amount of units I needed to graduate and no more. The chickens had come home to roost.

As I watched my diploma fly out the window, he said “But!” and my ears perked up, “you took 4 years of chorus, two here and two in New Orleans and they earned you ¼ unit a year for a total of one. You get to graduate, by the skin of your teeth.”

Disclosure: Not being a professional journalist, my method of writing a column may seem unorthodox but I somehow manage to make myself understood, maybe because of my thirty years in radio. Speaking is something else for two bilingual Cajuns having a conversation. Example:

Vin Bruce has been a lifelong friends and we were having a conversation in a restaurant and a lady at the next table was ease dropping. Vin would ask me a question in French and I would answer him in English, then vice versa. I would speak a line in English, the next in French and he would answer alike. That’s Cajun communication. The lady was curious and finally asked us, “pardon me for interrupting, but what language are you two speaking. I answered “Cajish” and patted myself on the back for having invented a new word. As we left, I looked back and the lady was scratching her head.

I leave you with a toast: Here’s to yesterday, which is gone. Today, which is here and tomorrow, which will never come. Why? I don’t know! Third base! BYE NOW!