2012 showed the wealth of talent that lives in our area

Vandebilt needs to find the net in ’13 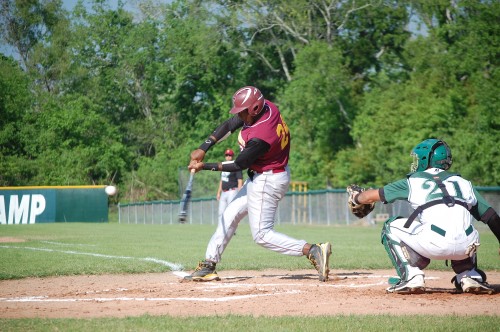 My, oh my, time surely does fly when you are having fun!

The 2012 year was an interested year in local sports.

Like every other year, we had our share of good news and bad news – tales of both triumph and failure.

But as I combed through our archives of the past 12 months, one theme remained constant in my mind through: we surely do have a slew of talented athletes in the Tri-parish area.

Start in the college ranks and let’s talk about Nicholls State University.

To many, Colonels’ athletics are a “junior varsity” to LSU, Tulane, Louisiana Tech, UL-Lafayette and our other big-time schools across the state.

People are entitled to their own opinions.

But to those who think Nicholls’ athletes are not first-class, let me show you a few clear-cut examples that our local university is loaded with talent.

In the past 12 months, the Colonels have Lardarius Webb receive a six-year contract extension worth $50 million with the Baltimore Ravens.

That extension was earned because of Webb’s solid contributions to the team. The former Colonel was nearly a Pro Bowler two seasons ago when he recorded 67 tackles and five interceptions.

This year, he was on pace to top those numbers before his season was halted after five and a half games to a Torn ACL.

On the hardwood, a few Colonels also flexed their muscles across the world.

Men’s basketball product Anatoly Bose made his professional debut this year in Australia and found success. For his efforts, he is now competing in Kazakhstan for BC Astana – an elite international team.

If he continues to progress (and I suspect he will), don’t be surprised if an NBA squad offers Bose a tryout either this offseason or next.

There’s room on every NBA roster for good people who are talented.

On the women’s side, Houma native and fellow former Colonel Sumar Leslie pushed to the pros and had a successful stint in Puerto Rico.

If my gut steers me right, I believe current Colonel Alisha Allen will also have teams on her doorstep as soon as the season ends.

On the baseball diamond, the story was similar – as it is across other sports within the school.

Nicholls may be perceived as a place without elite athletics.

But reality is that they are churning players into the pros with regularity.

Step away from Thibodaux and into the prep ranks.

This year was also a banner year for elite high school talent in the Tri-parishes.

Start in football where we saw a handful of our own sign scholarships to play for LSU.

Granier is currently redshirting and will remain a freshman next season. Phillips saw limited time as a freshman and recorded a tackle in four games played.

Lightfoot inked a scholarship with UL-Lafayette, while Declouet and Stewart went to Louisiana Tech and Houston, respectively.

Across the road, Central Catholic star Lloyd Grogan also inked a National Letter of Intent to continue his career with Louisiana Tech.

This coming year’s crop of talent isn’t quite as deep as the last, but there’s no doubt that Vandebilt’s Elijah McGuire and Patterson’s Deondre Skinner will find a home in the near future.

On the hardwood, LSU is currently reaping the benefits of local blood, as former Thibodaux star Shavon Coleman paces the men’s basketball team.

On the women’s side, Vandebilt Catholic All-American Theresa Plaisance has emerged as a first-class performer who will surely reach the WNBA ranks if this success continues.

It is in baseball where arguably our brightest diamond shines, as Terrebonne’s Justin Williams used the 2012 calendar year to show the world that he is probably the best prep outfielder in America.

The Tiger spent his summer cranking home runs out of major league ballparks – showing enough power to establish himself as one of the top players in America and a sure-fire early selection in this spring’s MLB Draft.

Will Williams sign with the pros following his senior season at Terrebonne or will he enroll at LSU?

Either way, 2012 was a whale of a year for our area’s best ballplayer.

Heck, if you want to zoom out even deeper, we can talk about how a slew of our youth basketball teams advanced to national competition in 2012, while some of our junior high teams had extended athletic success.

A few little league baseball teams also ranked among the best in Louisiana this past summer.

The future crop appears bright, too.

So no matter how it’s sliced, the message remains the same – this year has been a fun one for sports nerds like myself.

Looking around the landscape, I suspect 2013 will be the same.

That’s because our area is oozing with sports talent – our athletes are able to compete with anyone in the state.

There’s no denying it – the proof is in the pudding.

Just look at everything we’ve done in the past year.

Again we repeat: time surely does fly when you’re having fun.

Terrebonne High School standout Justin Williams hits the ball during a game last season. Williams’ successes are just another example of the vast talent in our area, according to Sports Editor Casey Gisclair, who said that 2012 was defined by success stories from our locals in athletics. Williams will likely be in the headlines again in 2013 as he ponders whether or not to go pro out of high school.