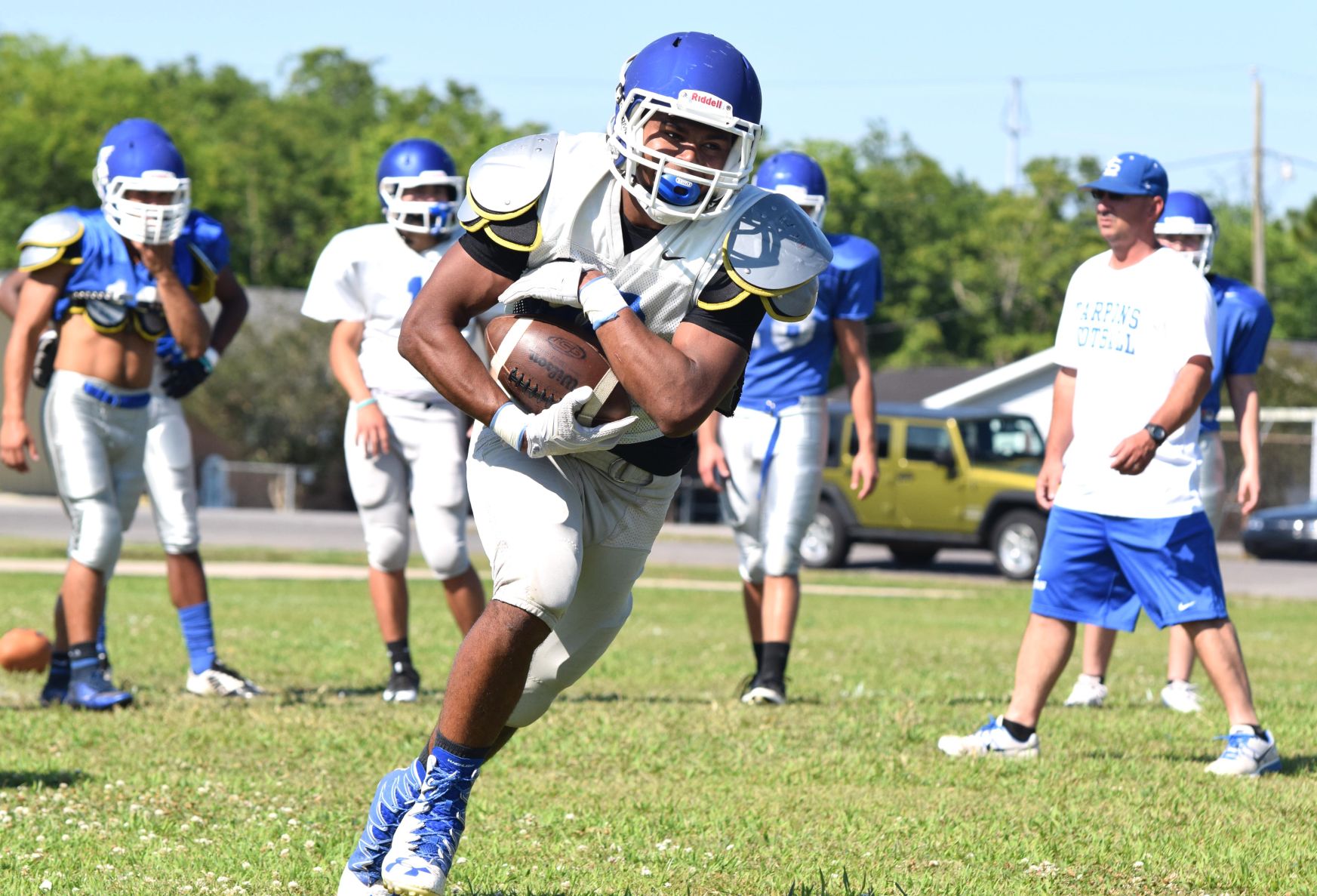 I like summer break and everything, but man, local sports sure are boring without any high school sports going on.

I know, I know, I know – it’s blasphemy to say any ill at all about the summertime. I get it. I was a kid once, though it was longer again than I’d like for it to be. I’m sure that half of the local prep student-athletes in the area just unfollowed me on Twitter, but I can’t help it.

So without any school sports events to cover in the past week, I did what any warm-blooded sports fan would do: I looked ahead to the future.

Yes, the 2016-17 athletic year is now over in the LHSAA, but that just means that it’s time to start prognosticating about what’s in store for 2017-18.

I think the year ahead is going to be a ton of fun. I think the crop of local returnees is as rich as ever.

So let’s do this. I’m going to give five student athletes to watch out for in the next school year – young men and women who I think will have a huge impact once classes are back in session.

If you want to chime in on my list, feel free to do so. Hit me up on Twitter @casey_gisclair.

I’m sure I’ll be on Twitter a lot in the next few weeks.

It’s not like I have anything better to do!

I think Hartman is going to have success in three sports in the next school year, but I think he’s going to be a breakout performer on the hardwood. Local pundits gave all of the credit for Ellender’s 2016-17 successes to Davontavean Martin and Marquie Mosley, but I’d argue that Hartman’s presence on the inside is what made the Patriots tick. Without Martin in the lineup, Ellender will need Hartman to take a giant leap forward in the next school year. I think he’s more than capable of doing it. I think he’s going to average a double-double and be one of the top players in the entire Houma-Thibodaux area.

Corbin Allen isn’t exactly unknown. He rushed for 1,200 yards as a sophomore in 2015 and is getting collegiate attention from programs around the Southeast. But after a quiet, injury-plagued junior season, Allen has bulked up and is going to be a monster for the Tarpons in the new season. Allen looked great this spring, and we expect him to regain his form from his sophomore season and again become a 1,000-yard rusher. In the Tarpons’ spring game, he looked 100 percent healthy – all the way healed from the nagging ankle injuries that hurt him last season.

The Lady Gators had a magical run in coach Nick Cenac’s first season with the team. The team won more than 20 games, including a victory in the opening round of the Class 4A State Playoffs. Because of the feel-good story of a team going from rags to riches, a lot of attention was steered away from the outstanding season Fleming had as a sophomore, firmly establishing herself as one of the top guards in the area. I think with an offseason to get stronger, quicker and more refined in her game, Fleming is due to have a breakout season for the Lady Gators. I think South Terrebonne is a sleeper to challenge for the District 7-4A title behind powerhouses Ellender and South Lafourche. They have a lot of players back off last season’s team and they should be better in their second season under Cenac. And I think Fleming will be a big factor in that push the team will make.

For my dollar, James was the most underrated player in the local Class 5A district last year. He helped lead the Tigers to the Class 5A State Playoffs despite a wicked-tough schedule and also youth. He was just a sophomore. This coming fall, we fully expect James to become more explosive for Terrebonne – either at quarterback again or maybe as a receiver, running back or somewhere else on the field. That’s the beauty of having a guy like James on the field. He can play all of those positions and he can play them all well. It’s going to be a treat to watch him on Friday nights this fall. He was a quiet sensation last fall. I don’t think there will be anything quiet about him again in 2017, though. Teams are starting to truly understand just how good of a player he actually is. He’s a real local sleeper. I think the Tigers have another really good shot to make it to the playoffs this coming fall, and I think James is a huge reason for that optimism that I have.

Without question, Terriers quarterback Andrew Robison is the most explosive player in the Houma-Thibodaux area – one of the best young quarterbacks I’ve ever seen in my seven seasons covering prep football for this paper. But a lot of why Robison is able to maximize his effectiveness is because of Rogers and a stout Vandebilt running game, which is able to mow opponents over if teams don’t respect it. Rogers is a tough, bruising back, but he also has the ability to play with finesse, owning great hands out of the backfield. Robison gets a lot of the headlines, but Rogers is a huge part of what makes the Terriers tick. Head coach Jeremy Atwell knows it, too. He tells reporters all the time just how important he believes it is that the Terriers stay balanced offensively. Rogers is the key cog in that equation for Vandebilt. •