A big weekend ahead for LSU football 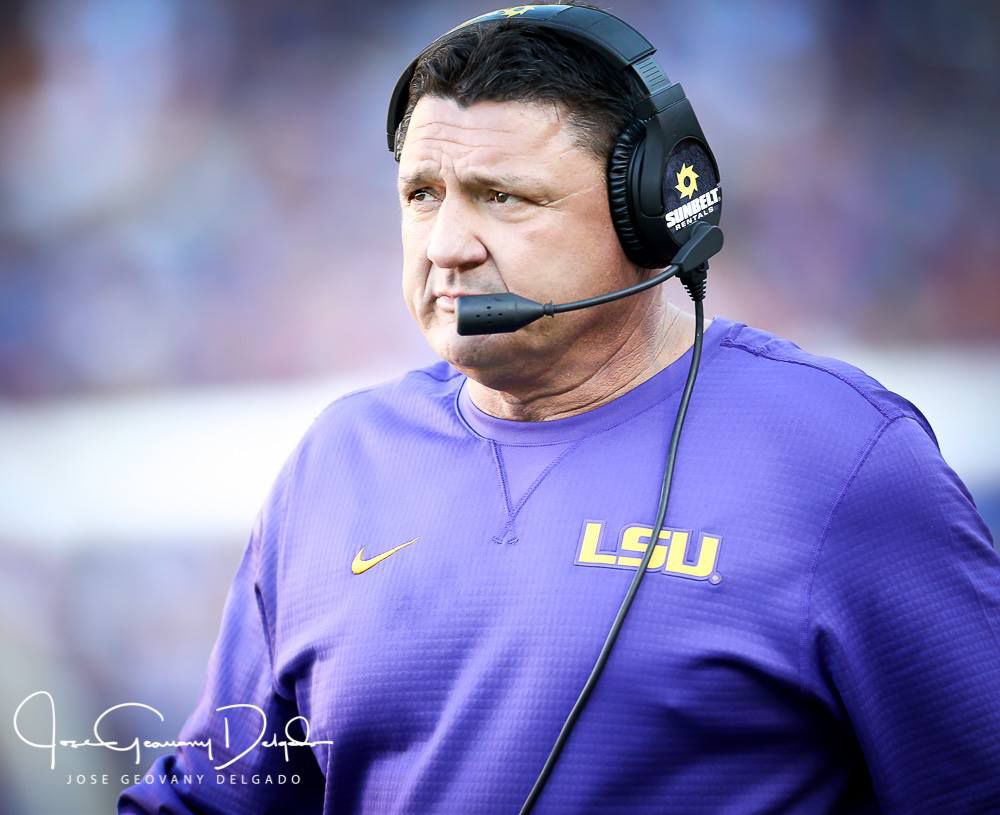 As a kid, I followed any and every LSU sport, like it was gospel.

I followed recruiting and stressed over that stuff for hours upon end. I scoured message boards and sucked up all of the latest gossip about the Tigers – rejoicing when it was good and sulking when it was bad.

But then, I graduated high school and went off to college and reality sunk in and I realized how fast life actually was and how unimportant ballgames are in the grand scheme of the game of life.

Through that, I lost my interest in recruiting and pretty much, I only watch a sporting event if it is a regular season game that actually matters in the grand scheme of things throughout the course of a season.

I just don’t have enough time in the day to watch something that doesn’t matter.

But with that said, I will make an exception to the rule this coming weekend when it comes to LSU football.

This LSU spring football game is a big day for the program’s future – an event that is going to be must-see TV for Tigers’ fans around the country.

And while nothing we see on the field on Saturday will have any direct implications on the field next fall, the game could serve as a vital sneak peek into the future of the program.

With Ed Orgeron having grown up in Larose, I am now blessed with quite a few friends and colleagues who are made privy to insider information about the football program.

The Tigers are giving hope to Lowell Narcisse and Justin McMillan because they don’t want them to transfer out of the program, but Brennan will be the guy who takes the first snap against Miami next fall – barring injury or unforeseen circumstances.

Brennan is a pocket passer and he has the best pure arm that we’ve seen in Baton Rouge since Zach Mettenberger.

Combine that with a new, pro-style offensive scheme led by coach Steve Ensminger and I actually think the Tigers will play an offensive brand of football that will be more exciting and fun to watch than anything we’ve seen in years.

But even with all of the words of positivity, I have to offer a rain cloud into the sunshine. While I am excited to see Brennan, Narcisse and the new-look LSU offense, I am not fully sure how much success they’re actually going to be able to have on Saturday.

From what I hear, LSU’s defense is really, really good – a group that will compete heavily to be among the top defenses in the country in 2018.

LSU paid big bucks to keep coordinator Dave Aranda and I think this season, he will earn his keep.

The Tigers return several key guys from a stout defense in 2017, including Rashard Lawrence on the defensive line, Devin White at linebacker and Greedy Williams in the secondary. All three of those guys were the best players at their respective positions last year.

But more important than the star power (which LSU has had for the past several seasons), the Tigers will have depth in 2018 and that is something that this team has sorely missed in the past few years.

Everyone likes to say that Les Miles was fired because he lost to Alabama a lot and I’ve always said that’s hogwash.

Miles was fired because he was regularly beginning to lose to Ole Miss, Arkansas and everyone else on the schedule, too, in addition to Alabama.

And the reason for that is shoddy recruiting and poor work building a football team.

In the past few classes, LSU heavily abandoned the offensive and defensive lines and both units were cut down to the bone last season.

This past recruiting class, Orgeron replenished that cupboard and LSU will have bodies at the line of scrimmage for the first time in a while.

Combine those incoming players with quality returnees and the Tigers will be able to mix and match personnel for the first time in several seasons – a luxury which will allow Aranda to get more creative in his coaching.

Yes, I want to see Brennan and the LSU offense, but I have a feeling that they might end up getting manhandled by the LSU defense on Saturday.

And you know what? If that happens, it’s not the worst thing in the world because Brennan will never face LSU’s defense in a regular season game this coming season.

But other quarterbacks will and it will be fun to watch.

I know folks are sort of down on LSU in 2018 and look, I get it. The schedule is brutal and there are a lot of question marks.

But I think there are a lot of positives working in LSU’s favor, as well.

And I think that this will actually be a fun season and a football team that will restore some hope into the Tigers’ program.