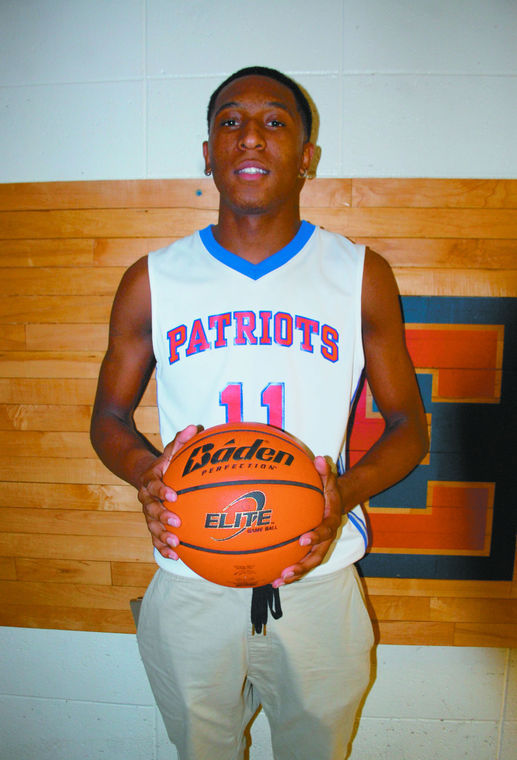 For the past several seasons, Ellender standout forward Leland Alexander has wowed opponents with his combination of size, skill and athletic ability on the basketball floor.

Now, he’s going to try to do the same at the next level of competition.

Alexander announced this week that he has signed a National Letter of Intent to continue his basketball career at Xavier University of Louisiana – a New Orleans-based four-year institution that competes in the NAIA.

The soon-to-be Ellender graduate said his signature on the NLI marks a dream come true, adding that all of his life, he’s aspired to be a collegiate student athlete.

“It feels so good right now, to be honest with you,” Alexander said. “It’s a great thing knowing that I’ve got a place to go and a school to play for in the future. Xavier is a really nice school and they’ve got a good basketball team, too. This is what I’ve worked my whole senior season for – to be able to have someone to play for after I graduated and left Ellender.”

Alexander’s ascent to the collegiate ranks isn’t a big surprise to anyone who’s seen him play at Ellender for the past few seasons.

A 6-foot, 5-inch explosive forward, Alexander has been a dominant force locally for the past two seasons, helping make Ellender arguably the top team in our area in each of those years.

As a junior, Alexander shined, averaging 22 points and 11 rebounds per game – all while helping lead the Patriots to the second round of the Class 4A state playoffs.

This past season, Alexander was just as good. The senior post led the Patriots to the Class 4A state quarterfinals by averaging 19 points and 13 rebounds per game to go along with four assists and two steals per contest.

“Leland was just so huge for us – he did anything we asked him to do and he played so many positions,” Ellender coach Cornell Scott said. “Without him next year and some others in our senior group, it’s going to be a big loss – there’s no question. We lose leadership, but we also lose a lot of elite talent and athleticism, as well.”

Because of his on-court success, Alexander said colleges started to get on his trail during the summer of 2014 – the offseason after his junior season.

He said Xavier started scouting him during AAU competition, and they never let up throughout the process.

“They recruited me hard,” Alexander said. “At the end of the day, I decided to go there because I think it’s a great school. They have good athletics and they have a high graduation rate. People don’t fail or flunk out there. They give their athletes a lot of support so that they can do well in the classroom. Making the grades is something that’s important to me and my family.”

Gold Rush head coach Dannton Jackson said Alexander is an asset to Xavier because of his versatility. He said Alexander has the size and footwork to play in the paint, but also the touch and quickness to be a guard.

His base position will probably be at small forward, where he can enjoy the best of both worlds – playing both inside and out.

“Leland is a long and extremely athletic defender,” Jackson said. “He can handle the ball, shoot it well and rebound well, too. He’s going to be real versatile for us. Once he gets on the weights with us, he’s going to get even better.”

So while waiting for the fall semester to roll around, Alexander said he’s focused on getting his body ready for collegiate competition.

The Gold Rush signee said that he’s spending countless hours in the gym to refine his jumper and quickness so that he can try and play for Xavier as a true freshman. Alexander said he’s also been very active in the weight room and is trying to add a couple pounds before he gets to campus.

Because, of course, his departure date marks the official beginning of his quest to be a collegiate athlete.

“I can’t wait, man. It’s going to be great,” Alexander said. “It’s going to be a little odd not playing for Ellender anymore, because I’ve been here for so long. But Xavier has good coaches and good players, and they’re all good people. I’ll go out there and make a new family and try and move on to bigger and better things for my career.”