Being bold in the new year

Dove looking ahead to improving Terrebonne’s many ongoing projects 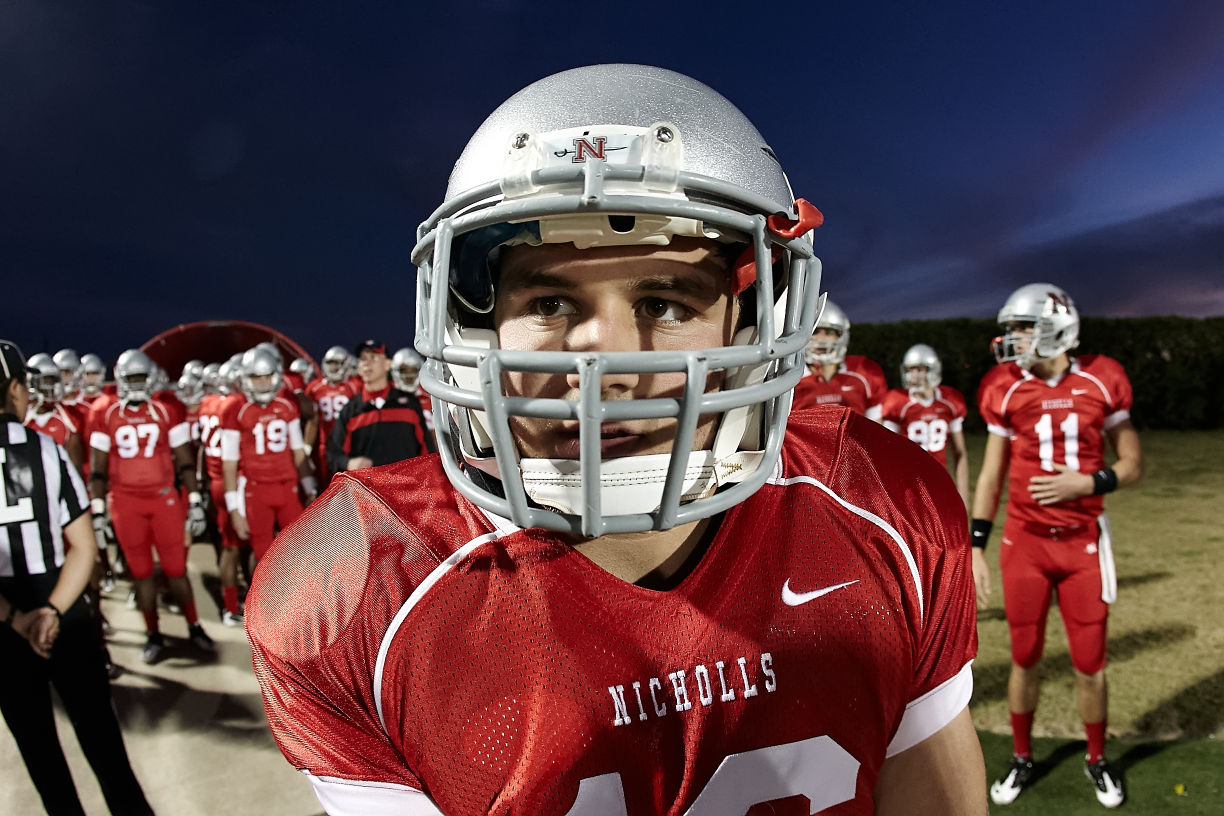 I love the beginning of a new year.

I think 2016 will be an awesome year in local sports. I really do. I think that there are a lot of storylines that will both excite and also shock fans both locally and around the country.

So I will begin 2016 with the best way I know how – picking things that I think will happen in the next 12 months.

I’ll list five – some purely local, some regional and even some national.

I surely can’t wait to see if these things come to light in the next 12 months.

BOLD PREDICTION 1: LSU football comes back with a vengeance in 2016

I think Les Miles likes his job. I really do. So with that being said, I think the edge that the Mad Hatter has lost in the past few years will be back in a big way in 2016.

I watched a lot of bowl games during the holiday season, and I’m here to report that LSU is not very far away from being a title-contending team. They’re really not.

If LSU gets better quarterback play in 2016, they win – or at the absolute very least – compete for the national title next fall. Heck, even if they get the same level of quarterback play, the Tigers can be a threat to win it all just because the supporting cast will be so much better.

Leonard Fournette is a beast, and the Tigers bring back more than just about any SEC contender next year. Those guys will be awfully tough to beat. I fully expect another 10-win season, and I think the more realistic expectation is something close to 11 or 12 wins. Anything less, and Miles will surely be packing up and heading for other pastures.

BOLD PREDICTION 2: A local boys’ basketball team (or two) will make the Top 28

Houma-Thibodaux hoops are ridiculous this winter – especially on the boys’ side.

Between Ellender, Central Lafourche, H.L. Bourgeois, Terrebonne, E.D. White and some of the other big dogs on the block, there’s no doubt in my mind that we will enjoy a lengthy postseason around these parts.

I predict that at least one team will make the Top 28 – a fancy name for the Final Four Tournament in high school basketball.

To me, it just feels inevitable. When you have that much talent and that many quality athletes, it’s hard to find a scenario where everyone gets eliminated before one of the upper levels of competition. I think I will be covering games in Lake Charles this spring. That’s like music to my ears, because that annual trip is one of my personal favorites.

The New Orleans Pelicans are in no-man’s land right now when it comes to the hierarchy of the NBA. They just simply aren’t near good enough to win big in the NBA’s Western Conference. We saw that first-hand last season when they made the playoffs and were creamed in the first round by the Golden State Warriors.

And to top it off, they aren’t bad enough to get an elite-level draft pick, which would guarantee a shot at some of tomorrow’s stars.

With a core roster that currently consists of Anthony Davis and a bunch of well-paid, but clunky pieces that don’t fit first-year coach Alvin Gentry’s style, I fully expect New Orleans to undergo a drastic overhaul – both on and off the court.

On the court, I expect about three or four rotation players to be added in the coming weeks or months via trades.

In the front office, I also expect Tom Benson to move beyond General Manager Dell Demps and get someone who can lead the team into the future. Our basketball team desperately needs that. It is a punishment sometimes to watch those guys on a nightly basis.

BOLD PREDICTION 4: The Warriors will not win the NBA Championship this summer

There, I said it.

I just don’t think the Warriors are approaching the season the right way if they want to be serious about going back-to-back for the NBA Title.

I think Golden State is probably the best team in the world from top-to-bottom, but if you ask me, they’re going about their approach for the season all wrong and are trying too hard to win 72 games. While the Warriors spend gas in the team’s proverbial tank to chase records and historical accomplishments, I think the San Antonio Spurs are quietly making an elixir that can solve the Golden State puzzle.

The Spurs are defending the 3-point line at a historic rate, and they’re undoubtedly placing such an emphasis on that phase of the game as a way to stop Steph Curry and the Warriors. I think the Spurs beat Golden State, and I am confident in my pick.

Honestly, my only worry is that someone beats the Spurs before they get to the Warriors, which is, of course, what happened last year.

But then again, I don’t think that would happen two years in a row, so I guess in some respects, the odds play into my favor.

I think it will be an exciting time around Nicholls in the next 12 months.

Right out of the gate, I think men’s basketball will be an exciting watch in the Southland Conference – a team that will be able to push just about everyone in the league on a given night.

The Colonels have experience, and experience is usually what wins in the Southland. They should make a push.

The Nicholls women don’t have as much experience, but they do have adequate talent, which counts for a lot in Southland play.

Nicholls struggled in non-conference play, but won its Southland opener this past weekend, thanks to a big performance from sixth-year senior LiAnn McCarthy.

Under DoBee Plaisance, Nicholls has swagger and will lie down to no one.

The same can easily be said for baseball where the Colonels are one of the favorites in my eyes to win the league. In Seth Thibodeaux I trust, and I think this might be the year that the Colonels break the ice and take that next leap. I sure hope so. Those guys deserve it after so many near-misses.

The ‘near-miss’ stage is where Nicholls football is climbing to after Tim Rebowe’s inaugural season this past fall. I don’t think Nicholls will be all the way ready to win the league in 2016, but I think they will be pretty dog-gone close.

I think Nicholls will be close to .500, and that’s amazing when we consider where this program has come. •

A lot of eyes will be on the Nicholls State University football team next fall as the Colonels attempt to make waves after this past fall’s 3-win season. Nicholls athletic successes throughout the university are among several storylines worth keeping an eye on throughout the 2016 calendar year.