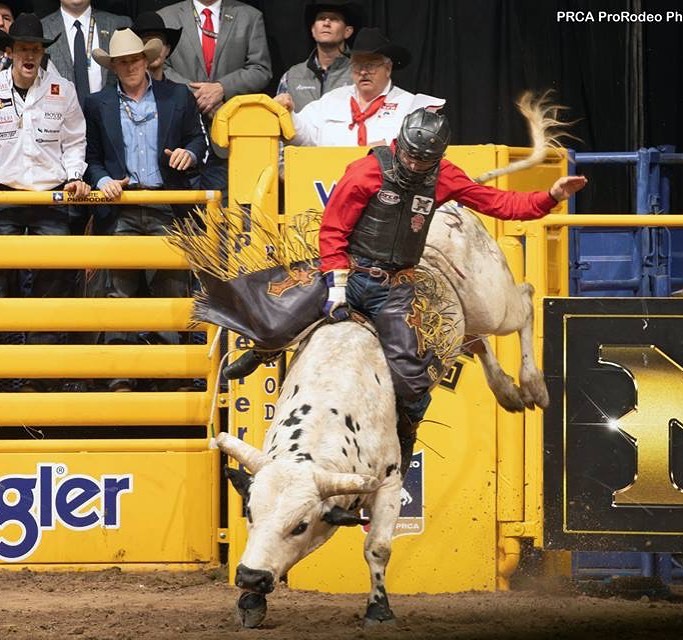 Bourg native Dustin Boquet is now ranked No. 7 in the world for bull riding after a win in Dodge City last weekend.

Boquet started riding steers at the age of twelve at the Houma Airbase. He said he realized he was good at it and rode his first bull at sixteen years old. He said that the first moment was pretty nerve-racking! Since then, the bull rider has managed to achieve many career highlights, including world championships. Most recently, he has won the San Antonio Stock Show & Rodeo Xtreme Bulls, the Ultimate Challenge PRCA Xtreme Bulls in Oklahoma, was the co-champion at the Harrison (Arkansas) Roundup Club PRCA Xtreme Bulls, won the Fiesta Days Rodeo in Utah, won Nebraska’s Big Rodeo, and was the co-champion at the Wild Bill Hickok Rodeo in Kansas.

Boquet started competing in amateur shows along the southeast gulf coast in 2015. He said he was doing pretty well, then he broke his leg in 2016 and was out for about nine months. He said that moment is where you would realize if you would still want to pursue the career or not.

It ate him up to be inside during that period, and once he could become mobile, he was helping a friend in Point-Aux-Chenes tend his bulls. They would also “buck bulls” together a couple of times a week for 5 or 6 months, where he worked some kinks out in the sport. That’s when he moved to Texas in 2017 when he realized he could choose rodeo as a career. He went all-in when he quit his job to move to Athens, Texas to pursue his career, and he said he’s never looked back.

Boquet said the sport has its ups and downs. In 2018, he made the national finals, but in 2019, he had a knee injury. He went on to make the national finals once again in 2020. He said it’s worth the ups and downs. “I’m not a type that sits back and wonders what if I didn’t do this or what if I did that. I don’t want to be the guy that says what if,” he explained, “I was never a guy who took no for an answer.”

He said this year’s biggest accomplishments were the San Antonio Xtreme Bulls and last weekend’s win in Dodge City, where he took home $13,000. “I still get nervous,” he said. “Eight seconds seems longer than it is when you’re on the back of [a bull].”

He said he loves the sport because of the family aspect. “Every rodeo you go to has that southern hospitality,” he said. “That’s what I tell a lot of people. Everybody is family. Everybody gets along and rooting for each other.” He said that’s the difference between rodeo and other sports; they are always rooting for each other and wouldn’t bet against one of “their brothers.” He said, “I look at it like we’re not competing against each other, but rather the big animal that we’re on.”

Boquet has a determination that can move mountains. He said, “No matter where you come from or how small your town is, if you put the determination and keep your faith strong, you can conquer whatever you want to!”