‘Ceine’ was an unsung hero in local sports community 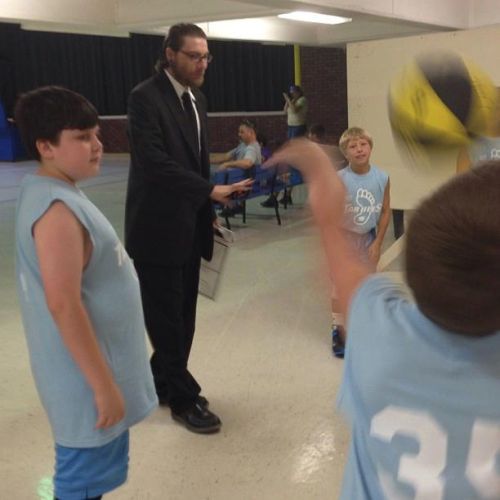 Life is painfully too short.

People who are here today are too often gone tomorrow, taken too soon from the world in which we live.

It’s just tough because it happens so fast – an unexpected blur. In the blink of an eye, the cell phone vibrates and your world is turned upside-down with the news that someone you’ve once known is no longer present on the earth. When it happens unexpectedly, it takes a bit of time to marinate, sometimes. At first, it doesn’t seem real. But as 30 minutes or an hour pass and it sizzles in our minds, we understand the harsh reality of the situation. No more texts can be sent. No more jokes can be made. It is then that we realize just how big an impact a man/woman had on a person or a community.

This entire range of emotions was exercised by myself and my circle of friends this weekend as my longtime friend Shawn Dardar, 29, of Golden Meadow was killed in a one-car crash in Cocodrie.

Dardar was a youth basketball coach with me in the South Lafourche Biddy Basketball organization. He was beloved by pretty much everyone who ever spent time with him.

Seriously, there wasn’t anyone who could spend time with the dude and avoid laughter.

He was goofy, never serious and just a complete knucklehead. But in an always-spontaneous, random life, the one thing Dardar was brutally serious about was kids. All kids. My friend had none of his own, but he enjoyed coaching – it was one of the joys of his life. That man would do absolutely anything to make his players better players (if they wanted to develop their games). If they didn’t and just wanted to have fun, he would provide that as well, always being willing to entertain the crowd at his own expense.

Details behind Dardar’s accident aren’t known, but this column isn’t meant to report the circumstances behind a man’s death, it is more designed to celebrate a man’s life. So that is what I will now attempt to do, because I believe that my friend’s story is worth telling, mostly because there are several more people like him in this community – the unsung heroes of our area who aren’t ever given enough recognition.

Before I can introduce my departed friend, I must stop saying “Dardar” and call him by his name. On the birth certificate, my friend is Shawn Dardar, but to us, he was called Ceine (pronounced Seen).

Where did Ceine get his nickname? To hell if I know, but that was his name, and that’s what we’re going to call him in this column. If still here, he’d never let me hear the end of it if I dared to call him Shawn in the newspaper.

As I stated above, I met Ceine through my circle of friends, mostly through coaching basketball.

I have pretty normal friends. We enjoy doing different, but pretty common things. We joke with one another. We rib one another. But there are always boundary lines drawn and limits to how far we’ll go to be the butt of a joke.

But Ceine was different. Of anyone that I’ve ever met, Shawn Dardar was willing to do anything to make people laugh. If there was a swimming pool around and Ceine was in dress clothes, it was inevitable that he was getting pushed into the pool so that everyone could laugh.

We are all wrestling fans. If there is a pro wrestler in town for a book signing or charity show, Ceine would be there to get an autograph. In the process, he would somehow convince the former WWE star to lock him into the Figure 4 or the torture rack, while we all laughed at his expense.

To the outsider, it may have looked like we took our buddy for granted and put him through misery to get our giggles. But that was not the case. You see, Ceine just loved to be goofy. Being awkward was part of who he was. If we weren’t laughing at him, he wouldn’t feel right about the situation.

And it was for all of those reasons that Ceine was an unbelievable basketball coach. His kids loved him. And he loved them back. He would do anything to motivate them and make sure that they enjoyed their season.

Let me tell you a story. During the final weeks leading up to the 2013 South Lafourche Biddy Basketball season, Ceine was glowing like a light bulb, telling everyone willing to listen about all of the teams he was going to coach in the new season.

Let me remind you again that my friend doesn’t have children of his own. He would loan his time to the youngsters free of charge – just because it was what he loved to do.

In true Ceine fashion, my friend decided that he would coach the first few games of the season clad in a suit – the shirt, the coat and the shoes – the full nine yards.

Why did he do so? It was because my friends and I dared him to on the way to a South Lafourche football game. He resisted initially to build suspense, but he knew all along that he wanted to sport the suit.

To most, this might seem like a classy touch, but to us, it was all a giant gag.

You see, Ceine had long, shaggy hair with poorly trimmed facial hair. He looked absolutely hideous in a suit. He wouldn’t be insulted by my assessment – he knew it was true. But he did it anyway, because he knew it added to the experience of his players. His players laughed. His opponents laughed. The officials laughed. The volunteers laughed.

And the beauty of it all is that if we were happy, so was he.

The message behind this column is that there are many people like Ceine in this community – people who love to teach sports to our young people, while also encouraging them to laugh, smile and live freely.

So my challenge to everyone is this – go out and celebrate those people. Thank them for their time and dedication. Don’t take them for granted. Remind them that they are important to why our area is a great place to live.

I never got to tell Ceine thanks for being such a positive person in our world. I wish I would have, because now I can’t.

But somehow, some way, I am pretty sure he’s somewhere in the sky reading this and telling me not to be so sappy.

Be that as it may, we lost a good one this time – one of the nicest, most dedicated humans that I’ve ever met in my entire 20-plus years participating, watching and covering local sports.

It’s been a blast!

This is the infamous suit that Shawn Dardar wore to coach the opening games of the 2014 South Lafourche Biddy Basketball season. Sports Editor Casey Gisclair remembers his longtime friend in this week’s Casey’s Corner column.