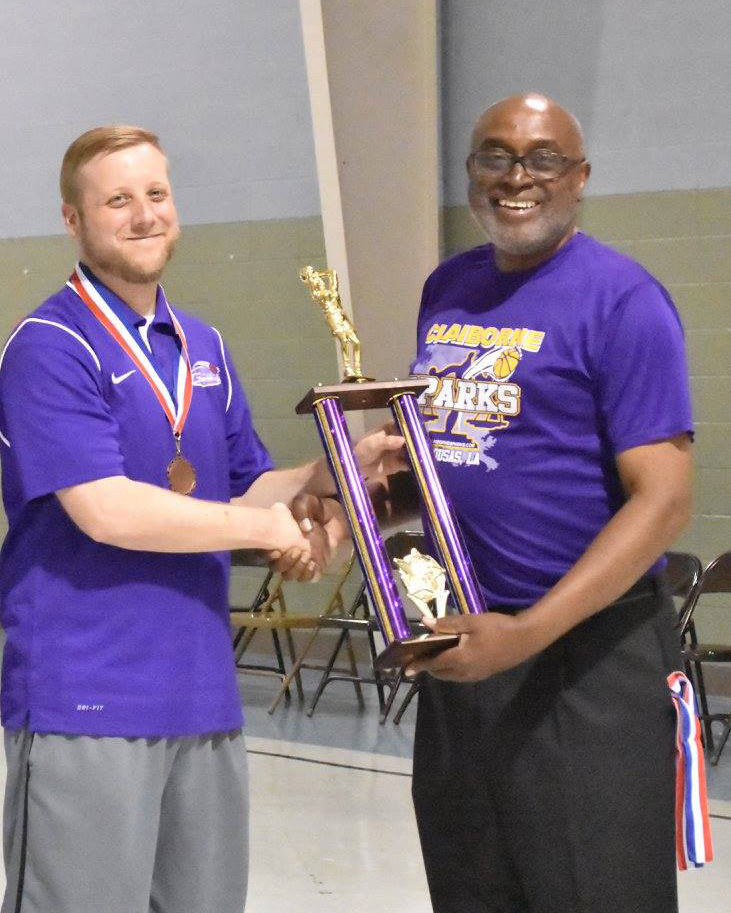 From the first day Nick Cenac got his hands on a clipboard seven years ago, he dreamed of being a high school head coach.

That dream became reality this past week.

And Cenac said he couldn’t be more excited to get started on his new challenge.

Cenac was named South Terrebonne’s girls’ basketball coach this past week – a position that was made vacant when outgoing coach Tammy Martin accepted the same position just up the road at Houma Christian.

Cenac has spent the past seven seasons at the middle school level and has garnered a reputation as being among the bright young basketball minds in the Houma Thibodaux area. He posted a 72-33 career record as a head coach with both Sixth Ward Middle School (2009-14) and then West Thibodaux Middle (2015-16).

He also is the founder of the Louisiana Galaxy AAU program and has spent time with the Thibodaux Select AAU club.

To finally get the chance to climb into high school is something Cenac sees as a blessing. He said he looks forward to the opportunity to turn around a young Lady Gators’ program that’s struggled over the past several seasons to stay afloat in District 7-4A.

“It’s a feeling of accomplishment,” Cenac said of his hiring. “I feel like all the work I’ve put in the last seven years coaching school ball and travel ball has paid off. I can’t wait to take on this challenge.”

It’s a challenge that won’t be easy, for sure. Cenac is the first one to admit that there’s a lot of work that lies ahead.

The Lady Gators were 8-21 in 2015-16 and have struggled mightily to compete at a high level over the past several decades.

Cenac talked at length about that challenge, but added that it’s not anything he’s never seen before.

At Sixth Ward, Cenac helped lead the Lady Jays to the 2013 Parish Title, defeating the previously undefeated Larose-Cut Off Bulldogs in the finals. The next year, the team won the parish’s runner-up honors.

At West Thibodaux, Cenac inherited a squad that was 5-13 and near the bottom-half of the parish standings in 2014.

In two seasons with the Lady Rebels, Cenac coached the team to 11-9 and then 15-4 seasons.

He said something similar can happen at South Terrebonne if all of the pieces fall into place.

Cenac said the key to turning around a program is building and creating a winning environment – a culture where players feel privileged to be part of the team.

The coach didn’t elaborate much on his philosophy, opting instead to keep a lot of things close to the vest.

on the roster in a given year.

“You have to change the culture,” Cenac said. “You have to make it mean something to be part of South Terrebonne girls basketball. You have to focus on becoming winners off the court and building confidence to go out and compete on a daily basis – not just when it comes to basketball. … We talk a lot about what it means to put on that Lady Gators jersey and to lace up them shoes. It has to mean something.”

Cenac said he believes the Lady Gators have a good deal of young talent, which, of course, helps his cause.

Through coaching both AAU and travel ball over the past several seasons, Cenac said he has a good handle on South Terrebonne’s roster – one which he believes is capable of winning games.

A lot of the contributors from last year’s team were underclassmen who will return in 2016-17.

Cenac said with a little polish, he believes the team can surprise folks soon.

He complimented the job Martin did with the team last season, saying that the Lady Gators have improved in recent years.

“I have seen the progress of this Lady Gators team,” Cenac said. “They have girls that can play and girls that will compete. Their progression over the last few years has not gone unnoticed and with a young core of committed young ladies, the sky is the limit for this group. … Knowing the talent they have and what they have coming up, it made my decision to make the jump to high school ball even easier.”