Player of the Week: Charles Clark 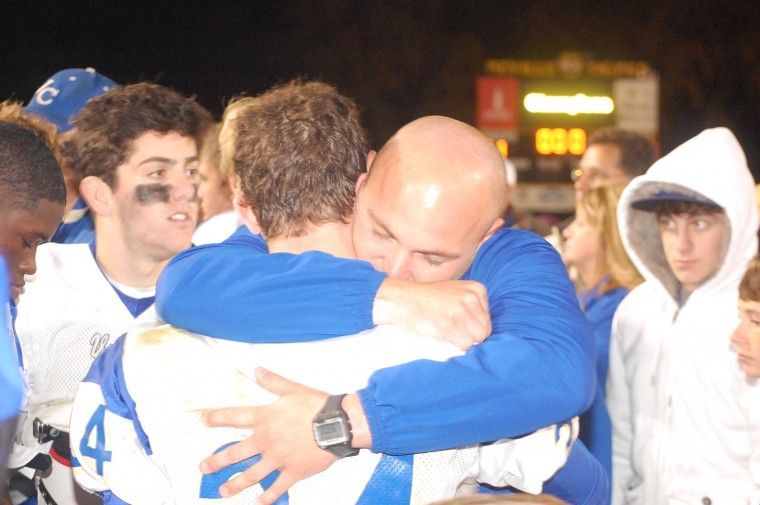 The football coach known locally as “Coach Woody” is coming back home.

His mission will be to coach the Thibodaux Tigers’ proud defense against the fearsome foes that it annually faces in the Bayou District.

Cagnolatti’s last season at Vandebilt was in 2013. He coached defensive backs at Brusly last season. Cagnolatti said he’s excited to be back in the Bayou Region – the area that the Plaquemine native now calls home.

“This is a relief – that’s what it is,” Cagnolatti said. “To have to leave Vandebilt the way that we did a few years ago left just a sick feeling in me, because of the relationship that we had with the kids and parents on that team. But part of me never wanted to leave because of the area. I love it here. I’ve been here since college and I never left until last season. I knew in the back of my mind that I wanted to get back down there, and this is a perfect opportunity for me to do exactly that.”

Cagnolatti has quite a pedigree for a coach who won’t turn 30 until September. A Nicholls graduate, “Coach Woody” was an understudy who worked for former Vandebilt head football coach Brad Villavaso for several seasons – ascending to be the program’s defensive coordinator during that time.

Cagnolatti is a self-described intense coach, who tries to teach players the right way to do things – both on and off the field.

When away from football, Cagnolatti is spirited and fun-loving, which made him an extremely popular figure during his time with the Terriers.

Last season, Vandebilt played Brusly, and Cagnolatti received an ovation from Vandebilt fans as he walked to the press box to work with his team.

“I love Houma-Thibodaux,” Cagnolatti said. “I had such a great time at Vandebilt, and we built so many friendships and things that we’re going to carry with us for the rest of our lives. I’m grateful for the experience that I gained there.”

Thibodaux will be just about a seamless transition for the incoming coach.

Cagnolatti said he’s good friends with Melvin, touting that their defensive philosophies are mostly similar with just a few tweaks here and there.

Cagnolatti said he’s also known Thibodaux head coach Chris Dugas for many years, dating back to when Dugas was the offensive coordinator at Terrebonne.

When Melvin made the move to HLB, and the Thibodaux vacancy came open, contact was made and Cagnolatti was interested in becoming a coordinator again.

He accepted and joined the Tigers for spring practices.

“It just fell together in the right place and it all worked out,” Cagnolatti said. “I couldn’t be happier about that, and I’m so excited to have a great summer and hit the ground running in the fall.”

Cagnolatti is going to be taking over a group that was very good in 2014. Last season was a magical one for Thibodaux on the gridiron. The Tigers went 10-2, and advanced to the second-round of the Class 5A State Playoffs. Thibodaux’s defense was a huge key to that run, letting up fewer than 10 points in four games and fewer than 20 points in seven games.

Cagnolatti said he will utilize an attacking 4-3 that will have some of the same basic principles used by the University of Alabama under coach Nick Saban – one of the coaches Cagnolatti studies and mimics when possible.

The coach said that one of his main focuses will be limiting opportunities for opposing quarterbacks to run, touting that his defensive alignment seeks to attack matchup advantages and put players in positions to make plays – especially on dual threat quarterbacks.

Cagnolatti said the Tigers had a good spring, and Thibodaux’s players caught on to his system as quickly as one could expect.

The new coach said it is absolutely vital that Thibodaux parlays that spring into an effective summer because the Tigers will play a loaded schedule that includes St. Charles Catholic, South Lafourche and St. Aug in non-district and then the regular district grind of Hahnville, Destrehan, East St. John and the others.

“It is absolutely vital that we have a good summer and that we keep getting better in these coming months,” Cagnolatti said. “The quarterback at South Lafourche – they tell me he’s a baller. And we have him early. St. Charles Catholic is always a great team, and they always will give you problems no matter what class you’re in or what class they’re in. Then, you have the district, which is amazing and has so many athletes.

But at least, he’ll be doing it from the comforts of home. And for a guy who’s been around this area for the past several years, there’s nothing better than that.

“I can’t wait,” Cagnolatti said. “I can’t wait to get started. Our spring was very good, and we’re ready to get rolling in the fall.”

Local football coach Ashton Cagnolatti hugs a player during his time at Vandebilt. Known as “Coach Woody,” Cagnolatti is now coaching at Thibodaux.