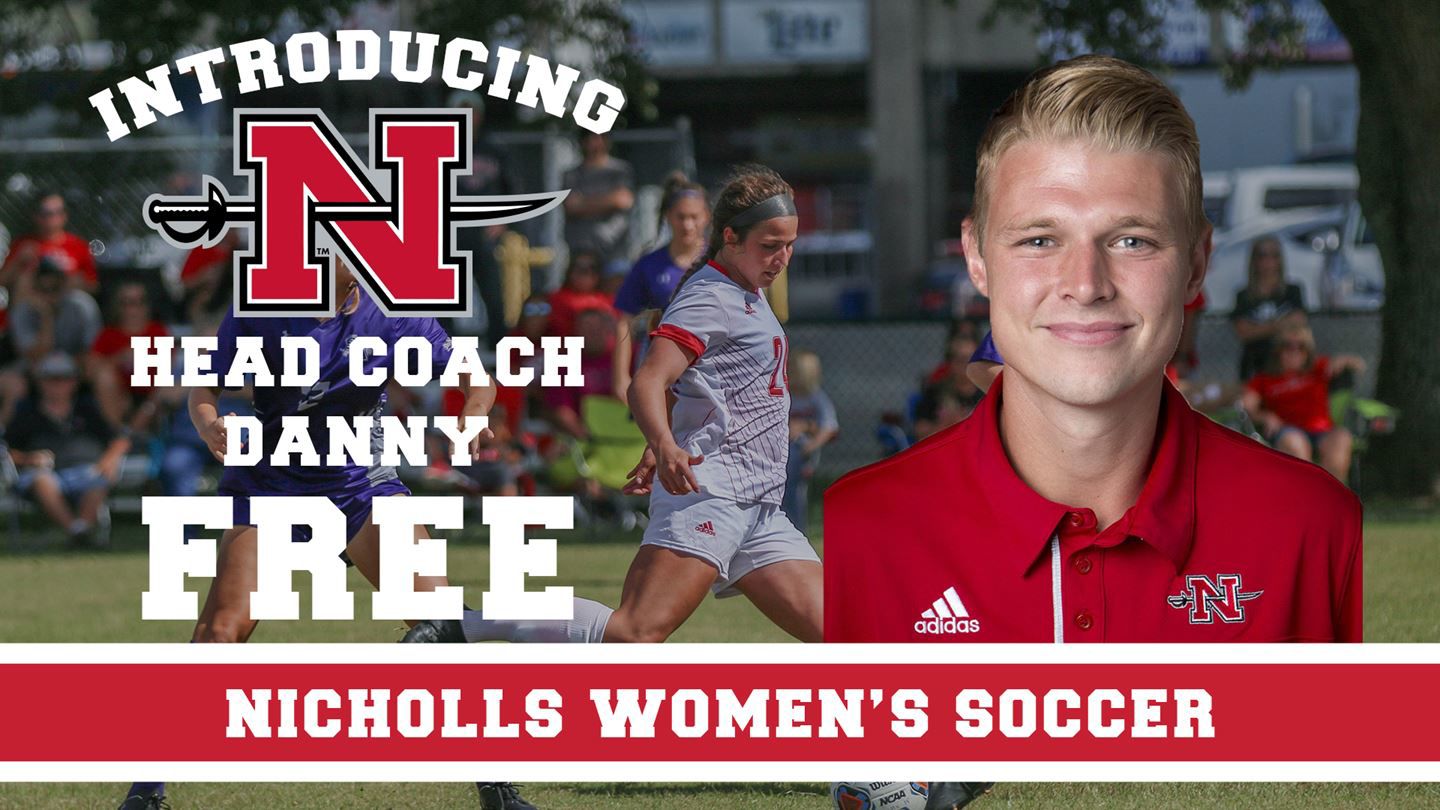 Nicholls has removed the interim tag from Danny Free’s title.

The Colonels announced this past week that Free would be the team’s next soccer coach pending routine approval from the University of Louisiana System Board of Supervisors.

Free has been an assistant coach with Nicholls soccer since 2015. He was named the team’s interim coach earlier this year when outgoing coach Mac McBride resigned to move closer to his family.

Nicholls Athletic Director Matt Roan said the university conducted a search to replace McBride, but added that they couldn’t find anyone more qualified to run the program than Free.

“I am excited to be able to promote Danny into this position,” Roan said. “After a thorough program review and the hiring process, it was apparent Danny was at the top and the right person to lead this program at this time. In addition to being an outstanding player and having varied experiences, Danny most importantly, understands our program and fits the culture of our department.”

“I am beyond grateful and very excited for this opportunity to continue to lead this program,” Free added. “Transitioning from assistant coach to head coach is never easy, but the girls’ effort and commitment this spring made it a very enjoyable four months as their interim and I can’t wait until the players are back on campus to carry on what we started in February.”

Free is very familiar with the Nicholls program.

A native of Doncaster, England, he joined Nicholls soccer in Aug. 2015 as a Graduate Assistant. From there, he worked his way up the coaching ladder and became an assistant coach in 2017, before taking over the Interim Head Coaching title this spring when McBride stepped away.

Before getting to Nicholls, Free started his collegiate coaching career with a stint with the Chowan Unviersity men’s soccer team. He was an assistant coach specializing with the team’s goalkeepers. While at Chowan, the Hawks scored 12 wins after going just 1-14 the year before.

With the Hawks, Free was a Volunteer Assistant. During that same time, he took on a role as Director of Coaching at Chesterfield United FC in Virginia. His roles with Chesterfield United included running the goalkeeping program, while also specializing in the club’s PR and marketing scheme. He also had to coach and develop several boys and girls youth teams from the ages of U8-U18. A year later, he took a similar role with the Virginia Soccer Association, before coming to Nicholls.

As a player, Free was just as decorated.

He began his playing career as a youth athlete at Leeds United FC before enjoying a five-year spell at professional English Championship club Barnsley FC.

After signing a youth contract in 2007, Free was a regular for their youth and reserve teams during his time with the franchise and he earned the Barnsley FC Supporters Club Young Player of the Year award in his final season.

Collegiately, Free played for Applalachian State. Over the course of his career, he started in 52 matches, recording 200 saves with a 0.99 goals against average. He was a first-team All-Southern Conference selection as a junior and as a senior in 2013, he was named a team captain.

Roan said the full body of work are what made Free the right man for the job in Thibodaux.

“Danny and I agree that a new energy needs to be brought to the program and I’m looking forward to watching him fulfill his vision of transforming the program into a competitor,” Roan said. “Bottom line, Danny will be successful.”

Free said he appreciates those kind words from his AD, adding that though he’s traveled the world, he’s excited to now drop the anchors and call Thibodaux home.

Free said with the team’s hard work over the offseason … and hopefully a couple bounces along the way, he thinks the team can turn that around in 2019.

“I’d like to thank Matt Roan, Dr. Jay Clune and everyone else involved in this process for trusting us to take this program forward,” Free said. “Nicholls is a very special place and South Louisiana has been home for my family for the last four years. I’ve loved every minute working for this university so far and I have learned a lot under two fantastic mentors here.” •