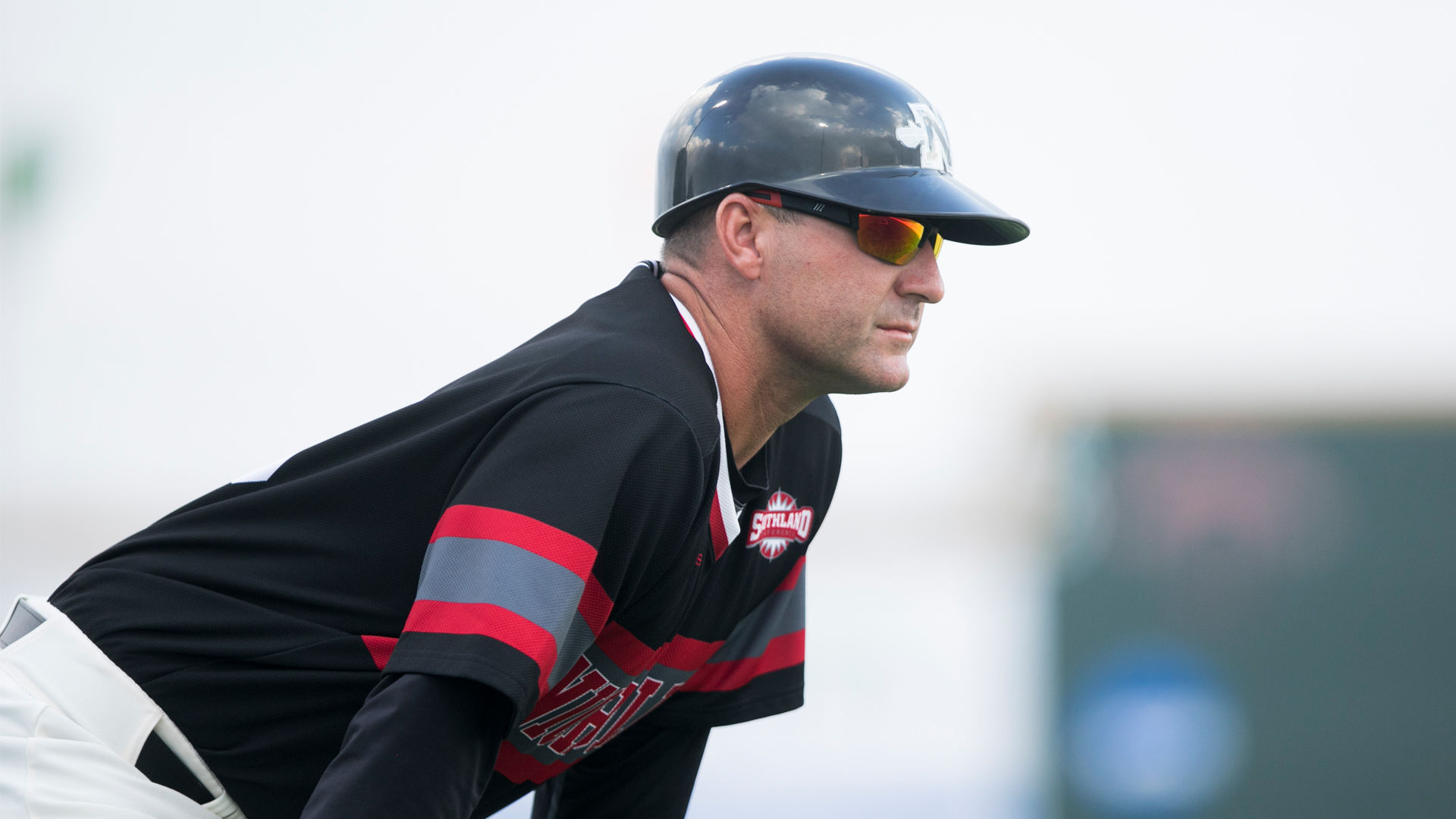 The past few years, Nicholls baseball has made a habit of starting slow, but finishing strong.

This year, the plan is to just go ahead and lead the pack in every phase of the race.

The Colonels are off to a strong start to the Southland Conference, posting three out of four series victories in the first month of league play.

Nicholls sits at 8-4 at press-time — among the leaders in a very crowded chase for the Southland Conference crown.

Coach Seth Thibodeaux said he’s proud of his team’s quick start — especially considering the injuries the team has had to overcome at several key positions throughout the course of the young season.

“We’ve had so much adversity and the kids have just kept battling and not making excuses,” Thibodeaux said. “They’ve just worked hard, grinded out good at-bats at the plate or good innings on the mound and those little victories have combined into good ballgames. As a coach, it’s one of those things that it just makes you proud to see — the way your guys are able to step up in the face of adversity and overcome it.”

That the Colonels have.

From the opening pitch of the season, the Colonels have had a rash of injuries — some serious and some minor — that have greatly impacted the lineup on a day-to-day basis.

The Colonels lost sophomore Xane Washington to the season with an injury before a pitch was even thrown — a huge blow to the Colonels because Thibodeaux said Washington was making strides towards being “one of our best players” after starting 53 games as a true freshman and hitting .277 with a team-best six triples.

“That was a huge loss for us,” Thibodeaux said.

Infielders Ivan Prejean and Waylon LeBlanc both missed time earlier in the season with injuries. They’ve since returned, but are both struggling to find rhythm at the plate due to the missed opportunities.

Nathan Tribble started 13 games for Nicholls, but has been sidelined by an ailment — another big blow.

But with guys out, the Colonels have developed a sort-of “next-man up” approach and it’s helped to power the team’s season.

With injuries all over the infield, Ethan Valdez has anchored the Colonels’ defense at shortstop — a veteran player who also bats at the top of the lineup every, single game.

The Colonels are also relying heavily on first baseman Adam Tarver and strong production from its outfield group — Dane Simon, Alec Paz and Mason Turner — to scratch across runs in the middle of the lineup.

Of course, pitching helps, too, and the Colonels have plenty of that.

Nicholls has a team ERA of 3.11 in its first 28 games — easily the No. 1 ERA in the Southland Conference.

That number is aided by a Nicholls defense that’s improving quickly after a rough start to the season.

When battling the early-season injuries, the Colonels were one of the worst defensive teams in the country.

But the Colonels have since cleaned up their act and have been error-free in seven of their 12 Southland contests.

“Our pitching and our defense are powering us right now,” Thibodeaux said. “They’re giving us chances to win ballgames. Our offense is getting those timely hits and putting just enough pressure for us to get it done.”

So for the Colonels, the goal is now to keep the foot on the accelerator.

This is foreign territory for Nicholls — a team that’s routinely dug themselves a hole in recent years only to dig out of it in the final weekends of the season to storm back into the Southland Conference Tournament as one of the final seeds into the field.

But this year, the Colonels are above .500 and are one of the leaders of the pack. And with several guys still rounding into form after the injury wave, Thibodeaux said he has reason to believe that the Colonels’ best days are still ahead.

“We don’t think we’ve hit our peak yet, so that’s exciting,” Thibodeaux said. “As we get healthier and as we get more experience in our lineup, we think we’re capable of playing significantly better baseball than we are right now. We knew that going in. We knew that we’d be a club that had a chance to get guys back and be at our best in late-April and May. And that’s our plan — to keep pushing and try and peak at the right time.”

The Colonels travel to Northwestern State this weekend for their three-game road slate. •