The best thing about sports history are the ‘What Ifs’ 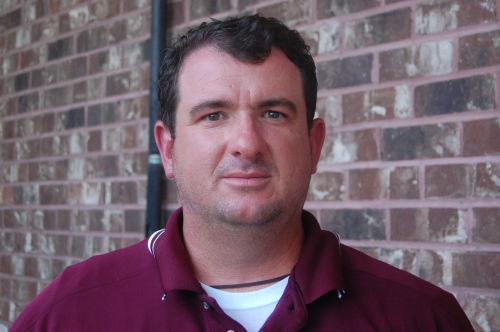 For most prep football coaches, the spring practice season is a time for progression and development of new talent in anticipation for the upcoming season.

But for E.D. White coach Kyle Lasseigne, the 2014 spring served as the final chapter in his 10-year career with the team.

The Thibodaux-based private school announced this week that Lasseigne would be stepping down as the team’s coach, effective immediately. The school also announced that longtime assistant coach Chris Bergeron would step into Lasseigne’s former position and lead the team into the future.

Attempts to contact Lasseigne and E.D. White administration were unsuccessful at press-time.

But a release issued by the school confirmed that Lasseigne will remain with the school and will serve as a teacher, assistant coach and assistant athletic director. Athletic administration is a position of transition at the school as Cardinals’ longtime AD Preston LeJeune stepped down earlier this year after two-plus decades on the job. LeJeune handed the baton to longtime volleyball coach and new AD Mary Cavell.

For E.D. White, Lasseigne’s departure as head coach will mark the end of a successful run. The Cardinals’ coach led the team for 10 seasons and turned E.D. White into one of the most successful programs in the area.

Lasseigne had a 66-49 record during his decade, annually fielding one of the most competitive teams in Class 3A.

Under Lasseigne, E.D. White was an annual competitor in postseason play, often winning games while in the 32-team bracket. Lasseigne won eight playoff games during his stint, including three in the 2009 season when he coached the Cardinals to the Class 3A State Semifinals. E.D. White also reached the quarterfinals round in Lasseigne’s tenure.

Last season, E.D. White was 5-6 and was beaten in the first round of the Division II playoffs, the new classification for the Cardinals in the public/private split sanctioned by the LHSAA.

The team completed spring practices and enjoyed a competitive spring football game with Thibodaux – a team widely expected to be among the best locally in 2014.

But while the transition may come at an awkward time, the Cardinals will still be in familiar hands going forward. Bergeron was on-staff for all of Lasseigne’s successes.

The new E.D. White head coach has been an assistant coach for 10 years with the Cardinals, serving as the team’s defensive coordinator for several of those seasons.

Lasseigne will also remain with the team as an assistant coach, so his experience will be available to the new, first-year head coach.

The Cardinals will operate summer workouts throughout the next months in anticipation for the upcoming fall season. The team is slated for 7-on-7 events throughout summer.