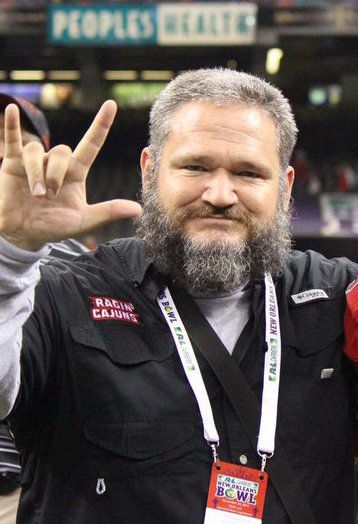 It’s a guy that athletic director Kenneth Dixon said the school has had its eyes on for quite some time – dating back to coaching searches of years past.

Patriots principal Blaise Pellegrin confirmed to The Times on Saturday afternoon that Ellender has hired longtime South Terrebonne assistant coach David McCormick to be its next coach.

McCormick lands with the Patriots after a long stint as the defensive coordinator for the Gators, who share a stadium with Ellender and are the team’s cross-town rivals. He was one of five applicants for the job, chosen over Ellender assistants Jesse Turner and John Haslitt, former Ellender coach Tawaskie Anderson and former South Lafourche assistant coach Larry Price.

Dixon said the hire is a grand slam home run – a move that the Patriots football fans should welcome with open arms.

“This is a great day for us,” Dixon said. “We’ve heard that name for a while – he’s a guy that we’ve wanted for quite some time dating back many years. I think that he’s going to come here, and it’s going to take a little time for him to get things situated how he wants them. But I think he’s going to do a great job, because he’s an outstanding coach.”

McCormick is a defensive guy, and defense is exactly what the Gators need.

Ellender has athletes and was an offensive-minded team the past several seasons under outgoing coach Terry Washington – a spread-based group that routinely gave opponents fits.

The Patriots scored 26 or more points in five out of 10 games this past season – a mark that was among the best in our area.

But the team’s problem was defense. Ellender allowed 28 or more points in eight games, which handicapped the team and made the Patriots just 2-8 last season.

Under McCormick, South Terrebonne has consistently been a feisty defensive group in its 4-3 alignment. Dixon said one of the things that he’s always liked about McCormick is the consistent effort his teams have given on the field – something he hopes translates well to Ellender.

“There’s no football club who plays harder than them,” Dixon said. “That’s something that I think catches your eye and makes you ask the question of, ‘Where is that energy coming from?’ I think when it happens so long, we can conclude that it’s a coaching style that’s rubbing off on players who are buying into what’s going on.”

But even Dixon admitted that there are challenges that exist in making this hire successful.

He said that McCormick has to be successful in changing the culture of Ellender’s program. The Gators are historically a contender, but the Patriots are not. Dixon said the Gators are annually one of the most disciplined teams in the area, while the Patriots can use improvement in that area.

“South Terrebonne has a fine program,” Dixon said. “They’re always so competitive and their kids are always 100 percent ready to play. We have to be patient and realistic. It might take us quite some time to get to that level. But I think he’s the man for the job to get it done for us.”

Dixon also said it’s crucial for Patriots administration to place its 100 percent support behind McCormick so that he can field a coaching staff full of quality coaches.

The Patriots athletic director said that when making a hire, it’s vital to allow the incoming coach to have his own people so that the program can be built based on the new man’s vision.

“It’s never just the head coach – especially not in football,” Dixon said. “It’d be too much work. You have to surround yourself with quality people. I think it’s very important that that’s able to happen here. I think we need to get a great staff in here to give him the help that he needs.”

One of the folks who may be on that staff is Turner, who was an applicant for the head coaching position. He told The Times last week that he loves Ellender and would consider staying on as an assistant coach at the school if passed over for head coach.

Turner, 25, is one of the best players in school history. He had a huge hand in the team’s offensive successes in years past.

It is not yet known if McCormick will extend an offer to have Turner on his staff.

“I wouldn’t ever rule that out,” Turner said when asked if he would stay with Ellender under a new head coach. “I love it here. I’d have to sit down and talk about it with my family. I have other opportunities, but this is also a very special place for me. I guess we’ll just have to see how that would play itself out.”

But regardless of who is on the staff, the Patriots got their man for the future – a guy they’ve wanted all along.

Dixon said he’s happy and that the rest of the school’s fans should be, too.

He said Saturday was a great day for the school’s athletic department.