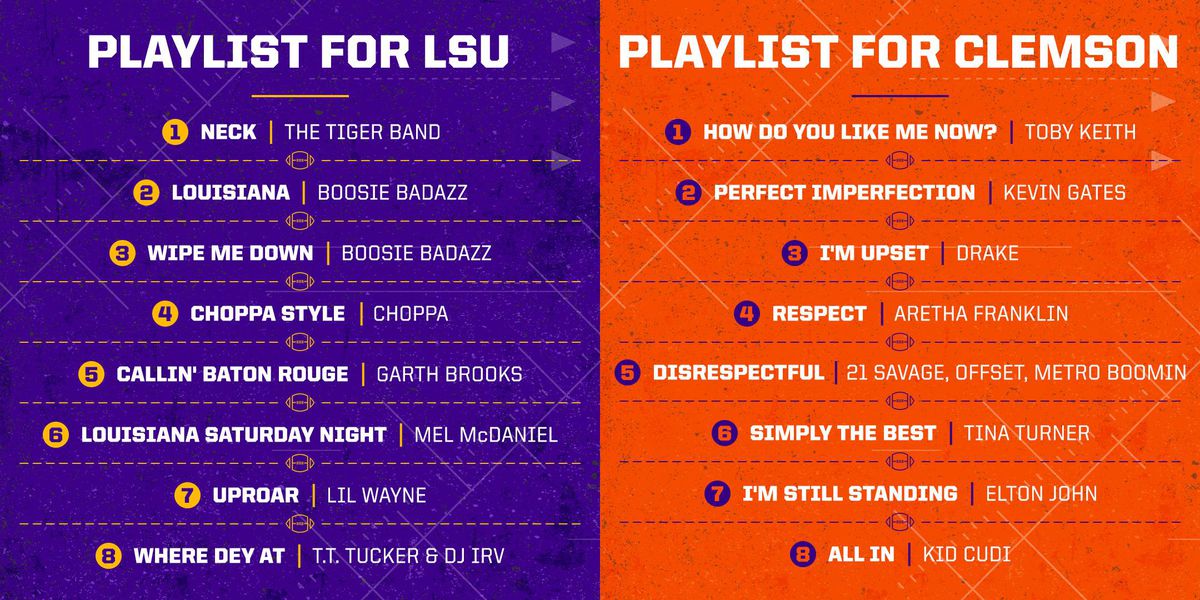 In case you missed it, the LSU Tigers will be playing for the National Championship tonight in New Orleans against the Clemson Tigers. What more does this day need than its very own playlist?

ESPN College Football tweeted two playlists this morning that caught our attention. Each team has eight songs meant to hype fans up for the game tonight.

Clemson’s list includes classics by Toby Keith, Tina Turner, Aretha Franklin and Elton John, among others. The strangest one for Clemson has to be “Perfect Imperfection” by Baton Rouge’s Kevin Gates.

Take a look at the lists and let us know what you think in the Facebook comments for this story! What other songs would YOU add to the playlists?