I’m worried about the Saints offense 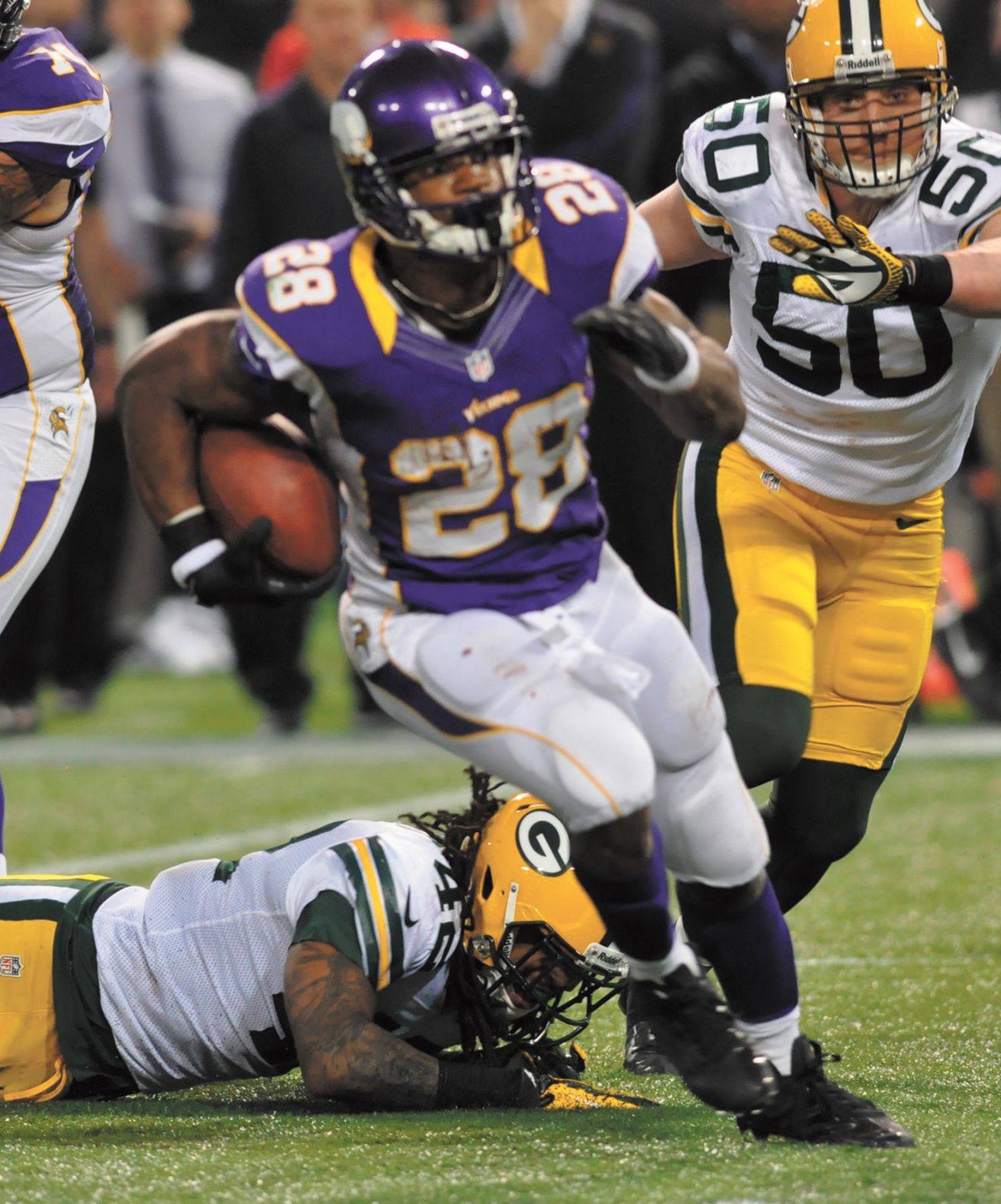 A Harris Poll survey in 2011 concluded that close to 200 million Americans watch the NFL each fall, making football easily the most popular sport in our country.

What does the survey think is the biggest reason for the game’s continued growth amongst fans? That would be fantasy football.

Numbers show that fantasy football participation is spreading like wildfire, making it the most popular game in the country – if not the entire world.

A New York Times story in 2014 said that 50 million Americans play the interactive game each year. Other experts in the field think the figure is even larger than that.

The Times spoke with several of the top fantasy experts in the country this week, and they think the 2015 season will be as exciting as ever.

They also looked back to the old days and marveled at how far the game has come.

“I’ve played since 1994. We used to get out the USA Today on Monday morning and go to the back pages to see how our players did,” FootballGuys.com Staff Writer and Fantasy Guru Jeff Tefertiller said. “We’d get all the numbers and then we’d score everything by hand. Obviously, things have changed. Obviously, no one ever expected things to take off like this. It’s the dominating topic in every office and among every group that you’re in. It’s that one thing that every circle of friends talks about.”

DRAFT TIPS? START WITH A RUNNING BACK

Most leagues have their annual drafts in mid-to-late August. That means that now is the time to do all of the homework on players you’d like to draft.

Just about every expert agrees that the most valuable fantasy football targets are halfbacks. If picking early in a draft, the consensus opinion is to take an elite rusher, then get receivers and quarterbacks later.

The top halfback on a lot of lists is Le’Veon Bell of the Steelers. But Bell is suspended for the first two games of 2015. If that is too scary for you, the other name the experts like is Vikings running back Adrian Peterson, who is back after missing the 2014 season.

“There are some really solid running backs this year, but my advice is always the same: grab them quickly before they’re all gone,” Gridiron Experts Senior Writer Jody Smith said. “This year, my No. 1 running back would be Adrian Peterson.”

“My top running back is Le’Veon Bell,” countered Jeff Ratcliffe with PFF Fantasy Football. “I had Peterson in the No. 1 spot, but that changed after Bell’s suspension was reduced from three games to two. Bell is a dynamic player with a complete skillset who will get fed the ball. I’ll take 14 games of that all day long.”

Of course, only a few lucky participants will get Peterson, Bell or any other of the top guys, so the key is to find value in lesser-known commodities.

Tefertiller said a guy he loves is Frank Gore, who signed with the Colts this offseason after a long career with the 49ers.

As far as folks on the opposite end of the spectrum, FootballGuys.com co-owner Sigmund Bloom cautioned owners against Philadelphia Eagles halfback DeMarco Murray and Buffalo Bills halfback LeSean McCoy.

“With Murray and McCoy, there’s just so much unknown,” Bloom said. “Murray will be sharing time with both Darren Sproles and Ryan Matthews. In Buffalo, you have guys like Fred Jackson and maybe even Percy Harvin who will carve into the workload. I always get nervous about a halfback who is sharing time, so those two situations scare me.”

WAIT ON YOUR QUARTERBACK

We often hear in sports media that quarterback is the single-most important position in team sports.

But in fantasy football, you have plenty time to find the right guy.

Because most leagues have just 12 teams and because there are about 17-20 productive quarterbacks in the NFL, experts say that supply and demand mandates that there’s no rush to draft the guy you’ll play under center.

Tefertiller said the gap between a guy like Aaron Rodgers, Peyton Manning and Drew Brees (the top-ranked players at the position) and players like Tony Romo, Eli Manning and Ryan Tannehill isn’t much – just a point or two per week.

So instead of splurging on the big-name quarterback, most agree that the best play would be to draft a lesser-known guy who is in a pass-happy offense, and to use the early-round picks to load up on receivers, halfbacks and tight ends.

“If you’re in a quarterback with 12 or fewer teams, I’d tell you to wait until the end to find your guy,” Tefertiller said. “I’d wait until about 13 guys at the position are off the board and I’d than pick from the pool out of Romo, Philip Rivers, Eli Manning and some of those guys. There’s no reason to take Brees or Brady. They won’t do more than those other guys to warrant the higher pick.”

Smith said some late-round guys he likes are Sam Bradford and Marcus Mariota – two guys who can be had late in any draft.

SLEEPERS? LOOK TO THE ROOKIES

About 10 years ago, the big word around the fantasy football community was “sleeper”. That term is given to a player that isn’t yet well known, but has potential to break through and be a star.

As fantasy football has grown in popularity, sleepers are harder and harder to find, because information is more readily available online.

“In the social media era, there’s really no such thing as a sleeper anymore,” Ratcliffe said.

But there is one area that is still relatively untapped to the average fan – the rookies.

Ratcliffe said that keeping tabs on draft picks allows participants to have an opportunity to get first dibs on tomorrow’s stars.

At halfback, Ratcliffe said he likes rookies Cameron Artis-Payne, Josh Robinson and Thomas Rawles – all guys who aren’t yet known to the average fan.

At receiver, the expert said he likes rookies like Dorial Green-Beckham, Devin Funchess and Sammie Coates.

“I’d venture to say most of those guys are still on the board in the end of most home-league drafts,” Ratcliffe said.

As far as the debate regarding rookie quarterbacks, the experts differ on whether No. 1 pick Jameis Winston or No. 2 pick Marcus Mariota are better values. But just about everyone agrees to steer clear of both.

“Neither will make a big impact this year in fantasy,” Bloom said.

WHAT ABOUT THE KICKERS AND DEFENSE?

Everyone agrees on this one. Don’t fall into the trap of picking a kicker or a defense until the two final picks of the draft.

Kickers are a dime a dozen.

Defenses can be mixed and matched throughout the season.

WHAT ABOUT THE SAINTS?

The Saints continue to not be a great team for fantasy football.

Outside of Drew Brees, not many New Orleans players have great fantasy football value, because of how New Orleans shares the football in its offense.

Experts say Mark Ingram is an average pick at halfback and Marques Colston and Brandin cooks are low-end plays at receiver.

One sleeper could be tight end Josh Hill, who will likely replace Jimmy Graham as the team’s pass-catching tight end.

Believe it or not, but fantasy football has been around since the 1960s.

The concept started in 1962 at the Milford Plaza Hotel in New York City when two Oakland Raiders employees and a reporter teamed up to create the GOPPPL (Greater Oakland Professional Pigskin Prognosticators League).

Fantasy football didn’t grow much for the first 35-40 years of its existence. It enjoyed a small spike in the early 1990s – the days when Tefertiller and the most loyal participants played through the national newspapers.

That big boom was sparked by the Internet becoming more readily available, which allowed leagues and drafts to shift from paper and pencil to electronic software that allows players to play with their friends all across the world.

That surge also came in the late 1990s and early 2000s when football started its own natural peak in popularity, which caused a perfect storm for an increase in numbers.

By now, most folks know the premise of fantasy football, but we’ll explain it so that the few stragglers aren’t left out.

From there, one gets points based on the success of his/her players. For example, if your quarterback tosses a touchdown, you get six points. If he has 300 yards passing, you also get points off of that.

At the end of an NFL week, the goal is to have more total points than the person you’re competing against.

The simplicity of it is what keeps ‘em coming, according to those who play. Literally anyone can play. Free computer software gives participants countless stats and tips that make picking the best available players very easy.

“It gives me a reason to keep up with everything going on around the NFL,” Houma native and longtime player Jonathan Douglas said. “I root for my guys and, of course, the Saints, as well.”

A study conducted in 2009 showed that more than 32 million people compete in fantasy football leagues each year.

Another study in 2011 showed that the number jumped drastically and more than 43 million players now take part in leagues.

The above-mentioned New York Times piece said that in 2014, the number ascended to 50 million.

In 2015, that figure is likely to rise even more, as the sport has even become popular in European nations and throughout Asia.