Raccoon Island gets a helping hand from Restore the Earth 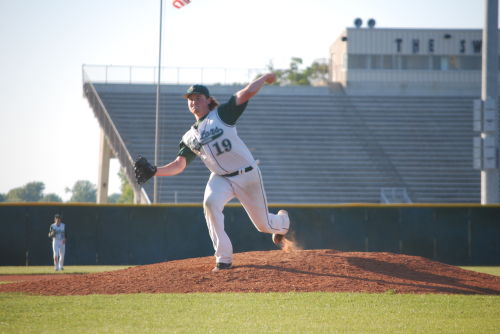 The South Terrebonne baseball team has a first-year head coach and a roster depleted with injury.

That sure sounds like a recipe for failure, right?

The Gators seem to think otherwise.

Instead of succumbing to adversity, South Terrebonne has played its best baseball in recent weeks – a spurt that was capped last Thursday with a 3-2 home upset against Vandebilt – the Terriers’ first district loss of the year.

Because of their recent success, the Gators believe they have a chance to push for the playoffs in the final three weeks of the season.

“Our guys have done a great job all year – we’ve had a lot of adversity that would really make you want to question yourself,” South Terrebonne baseball coach Sham Gabehart said. “We’ve had a lot of moments this year where it’d be easy to say, ‘Is there anything else that could go wrong?’ But the only thing you can do when you’re backed into a corner is fight or flight, and our guys keep fighting and fighting and fighting.”

South Terrebonne’s struggles started before the baseball season even got under way.

The Gators’ top returning pitcher Seth Cadiere broke his leg playing soccer. He will likely miss the entire season with the injury.

“He was 7-1 for us last year, and he was the ace of our staff,” Gabehart said. “He comes to every practice and he calls pitches for our JV, but we miss him on the hill.”

To make matters worse, the Gators have also been without top hitter James LeBlanc, who suffered a torn PCL in a game against Morgan City.

The nicks and bruises helped contribute to a slow start for the Gators.

South Terrebonne opened the year with six-straight losses and a 2-7 record.

But instead of pulling apart, Gabehart said the Gators have pulled together and have won three of their first five district games – including the win against Vandebilt.

Offense has been the main cog in the turnaround. South Terrebonne has scrapped together timely hits with a deep lineup led by Cullen Bergeron, Tyler Crochet, Alex Salassi, Matt Benoit and Kurt Arceneaux – who patrol the top of the order.

The Gators average 10.6 runs per game in their last eight games.

“It’s been a total team effort,” Gabehart said. “Everyone has contributed and has had a hand in what we’re doing. When someone goes out of the lineup, you don’t have any other choice except to rely on yourself and your other teammates to pick up the slack. That’s what we’ve tried to do with the situation we’re in.”

The Gators’ pitching isn’t too bad, either.

Sam White has assumed the role of ace with Cadiere out of the rotation.

Against Vandebilt, the pitcher known as “Big Red” because of his large frame and flowing red locks of hair, hurled a complete game in victory.

He weaved into and out of trouble multiple times in the victory.

“We call him Big Red and every time he wins, we say, ‘Big Red strikes again,’” Gabehart said. “He’s just a guy that commands the ballgame. He’s a crafty kid that just gets guys out.”

Against Vandebilt, Gabehart said White was aided by pitching coach Jack Cadiere, who “called a whale of a game.”

White agreed and said he is just having fun when he’s on the mound.

“I love those situations,” White said. “Those are the times when you really dig in and focus on trying to get outs to help your team. That’s what I love to do.”

So with the bats pounding out hits and Big Red recording outs, the Gators are excited about the rest of the season.

South Terrebonne had another game with Vandebilt last night with a score unavailable at press time.

If victorious, they pushed into a share of the district lead.

After the game with the Terriers, the Gators will play two games each with Assumption, Morgan City and Ellender.

LeBlanc is expected to be back for some of those games.

White said the Gators could use the help.

Every man counts this year at South Terrebonne.

“Every player on our team has made a difference,” White said. “We’re without some of our key players, so we’ve really bonded together to try and keep ourselves in the race.

“We started kind of slow, but I think we’re better off because of it. We’re a close team and we look out for one another.”

South Terrebonne pitcher Sam White fires a pitch during last Thursday’s game between the Gators and Vandebilt Catholic. The South Terrebonne lefty recorded a complete game in the win, keeping Vandebilt off balance with his ability to change speeds. After overcoming early-season injuries, the Gators are now playing good baseball and are in the middle of their district race.