Golden Meadow – Fourchon Tarpon Rodeo a hit for all 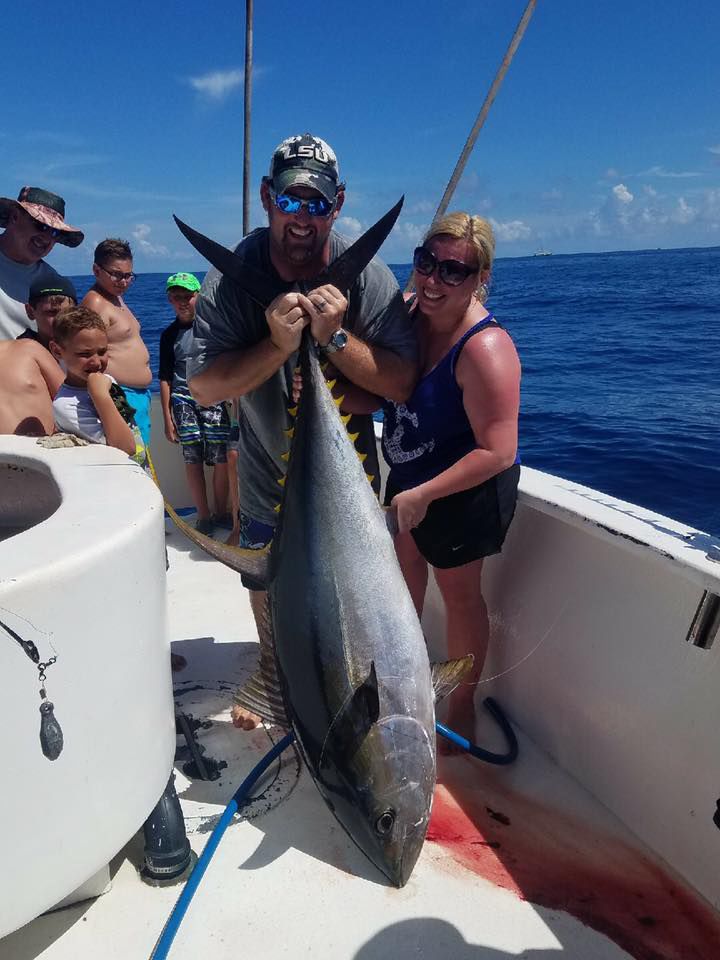 There were no tarpons caught in the 2017 version of the Golden Meadow-Fourchon Tarpon Rodeo.

But the absence of the namesake fish didn’t stop several hundred outdoorsmen from having a great time out on the water.

The 2017 version of the prestigious rodeo was a hit according to everyone who participated – an event filled with fun, music, food and massive, record-setting fish.

Weather cooperated throughout the weekend, which was a plus.

Inside the air-conditioned tent located behind Moran’s Marina in Fourchon, hundreds passed by and looked at the rodeo leaderboard in amazement at what anglers were pulling out of the water.

“This is a great event,” Lafayette native Steve Risen said. “My family and I didn’t know anything about it. We were told by some friends that there was something going on down there and we have a family camp on Grand Isle, so we made the drive and I’m glad we did. The people are so friendly and it’s just an awesome thing to see all these fish and the fun, friendly competition.”

A few record-setting fish were caught during the three-day rodeo – including in the upstart kayaking division.

Cut Off native Davey Breaux made rodeo history, using his kayak to get to a rodeo-record 3-pound, 13-ounze speckled trout.

Specks were hitting this weekend in Fourchon, thanks to clear skies and calm water, which allowed the kayaks to easily navigate.

Breaux also finished second in the Kayak Division speckled trout chase with a 2-pound, 5-ounce fish, which also would have been a rodeo record fish, if not for the 3-pound, 13-ounce lunker he’d weighed before.

In mangrove snapper, another record fell, thanks to Des Allemands angler Kevin Falgout, who weighed a 15-pound fish – enough to outlast a 31-year-old, 14-pound, 8-ounce fish caught by Wayne Felarise in 1986.

“It was a beautiful fish,” Falgout said. “I knew as soon as I hooked it that it was going to have a chance to be on the board. I didn’t know it was going to be a record fish, but it’s a great honor.”

For the second-straight year, the biggest fish caught in the rodeo belonged to a lady.

Pitre, who went on an offshore fish with family and friends said the experience was one she will not soon forget.

She posted a photo of the fish on social media.

It was massive – nearly the height and width of a normal-sized adult human.

“It was awesome,” Pitre said of catching the fish.

Awesome is a word said often by attendees of the rodeo, because the event is conducive to a good time.

At the art booth, local artist and now Lafayette resident Dirk Guidry showed off his work.

Guidry, this year’s rodeo poster artist, said he was honored when 2017 Admiral Howie Guidry asked him to paint the rodeo poster, which event organizers said had “the life and spirit of southeast Louisiana on the canvas.

“This has been a great honor,” Guidry said. “I just wanted to use some vibrant colors and get some energy flowing through the canvas. The reception and feedback I’ve gotten has been great. I’m thrilled to be here. It’s been a great time.”

Winning fish for each category are included below.