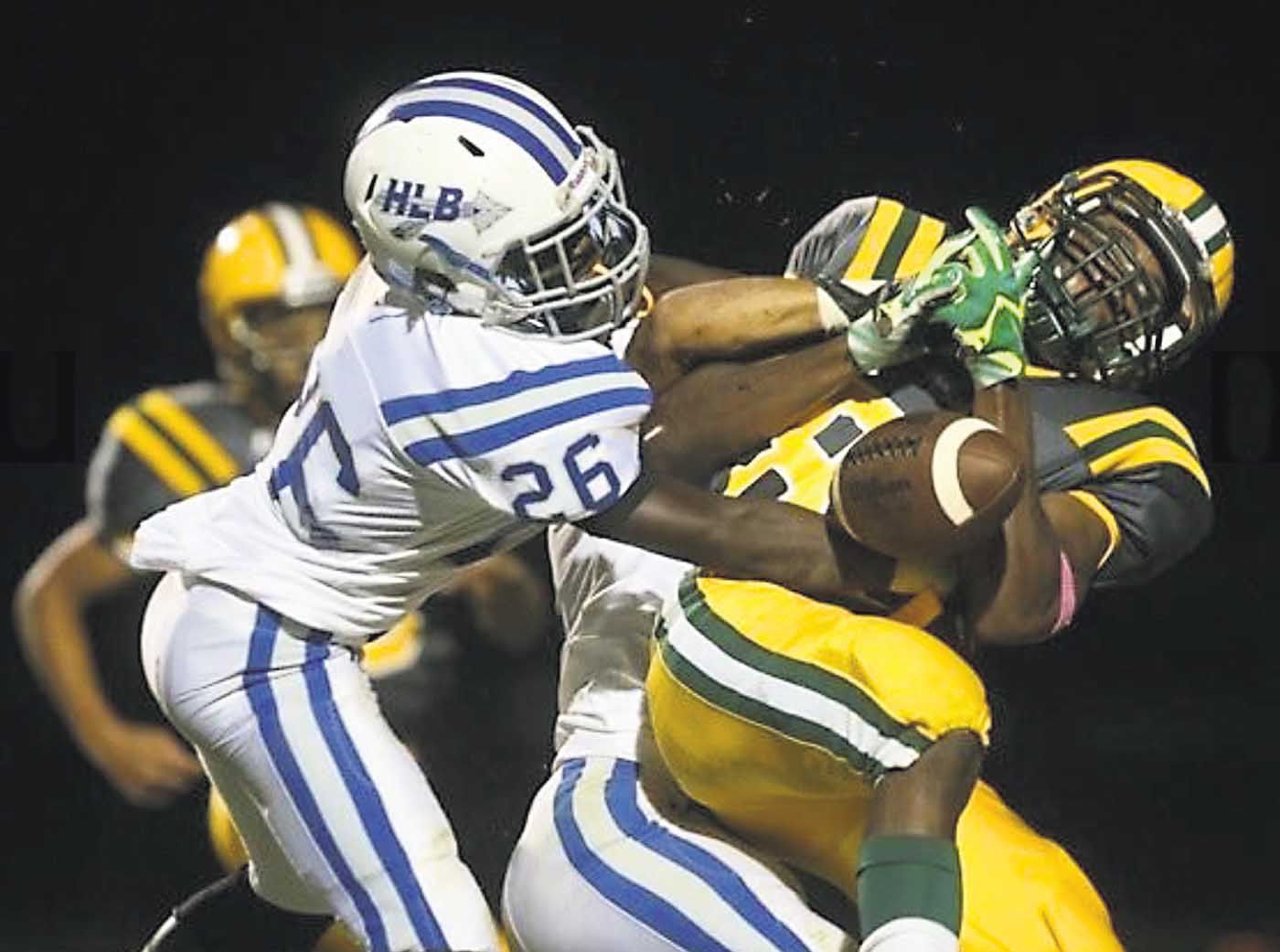 Spend five minutes around the H.L. Bourgeois football team, and you’ll hear the message loud and clear: playoffs or bust.

The players talk about the postseason without flinching, and the coaches embrace their moxie. The team has been building since a 0-10 season in 2013. They followed that up with a two-win season in 2014 before reaching a 5-5 record last year. According to senior quarterback Jude LeCompte, a 10-game season won’t cut it this year.

“We’ve got to be better than 5-5, you know? That’s what we hit last year, and that’s a good mark for us, but we want more for ourselves. We want to be the district champs. We want to be obviously the best,” LeCompte said.

To get to the mountaintop of District 7-5A, featuring some behemoth schools from the River Parishes, LeCompte and his partner in the backfield, senior running back Damontrion Brunson, will have to work together to shoulder a heavy load this fall. Those two will lead an offense not hurting for experience with seven returning starters, including all three interior linemen. While the guys up front create running lanes in the Braves’ flexbone offense, LeCompte and Brunson will have to be on the same page as LeCompte makes the correct reads on unblocked ends and linebackers. Second-year head coach Carey Melvin said his speed demon quarterback showed he was up to the task last year, and this year will prove his success was no fluke.

“Our quarterback, Jude, he’s not a flash in the pan. He is what he is; he’s good,” Melvin said.

Brunson said there are always those few plays each game where he wishes LeCompte wouldn’t pull the ball from his belly, but he puts his trust in the quarterback to make the right reads. According to Brunson, thousands of snaps back there together reinforce the trust that his quarterback will leave the ball in the hands of the right guy.

“We’ve got a lot of chemistry; we’ve been playing together for a long time now. We just kind of know how it goes, so we just work together as a team and get better,” Brunson said.

While the offense returns most of its starters, Bourgeois’ defense will welcome a bunch of fresh faces to the fold. The unit, led by Melvin, brings back four starters, three on the defensive line and one in the secondary. The 4-3 defense will be tested in its middle, where last year’s corps of senior linebackers has moved on. Those linebackers, along with the safeties, will be making the checks and calls on the field as opposing offenses audible and motion, so the new group of ‘backers will need to pick up the mental demands of the position quickly. Melvin said he has a senior, junior and sophomore currently slated to start, but nothing is set in stone.

“Honestly I’ve got six guys that are rotating in [at LB] right now, so we’re not set yet at the linebacker position. So it’s been kind of interesting,” Melvin said.

Behind those green backers will be another player with limited experience but promising upside. Senior safety Rayshawn Mart Jr. returns to the gridiron for the first time since his freshman year, having spent the last few years focusing on basketball. Melvin said Mart has proven a quick study on the back end who can provide high-level athleticism to make plays.

“He’s 6’2, pushing about 180, 185 right now. He covers a lot of ground as a safety. He’s really picked it up pretty quick. He just continues to grow every day. We’re really excited about him,” Melvin said.

However, Mart can’t afford to make plays for his team at the expense of big plays for the opposition. Though inexperienced, Mart knows he has to stay disciplined and avoid jumping every route in front of him in hopes of an interception.

“You’ve to rely on your eyes, keep your eyes open and pay attention to everything and not be too aggressive because you’re the last defender,” Mart said.

Players and coaches all through the team think the key to taking that next step to the postseason will be finishing strong, both throughout the season and in games. The Braves started out 5-1 in 2015 before hitting the meat of their district schedule and dropping their final four. Melvin said last year’s close losses, including a 13-14 loss to Terrebonne High School to end the season, left a “sour taste” in the players’ mouths, and will be a driving force in their performance this year.

“I know we’re a lot stronger and I know that they have not forgotten that moment. I think we’ll be a lot better and stronger for this year. And I think hopefully it’ll show on the field on Friday nights,” Melvin said.

Brunson said that ability to finish has been fostered through the sweltering summer heat, when seniors would push the younger players in workouts who were stopping. Those who heeded the call and finished strong were forging the bonds the Braves will look to on Fridays, according to LeCompte.

“This year I think it’s just going to be trusting in each other, being able to really believe the person on side of you is for you and he’ll do anything to help you make that next play. It’s a brotherhood,” LeCompte said. •