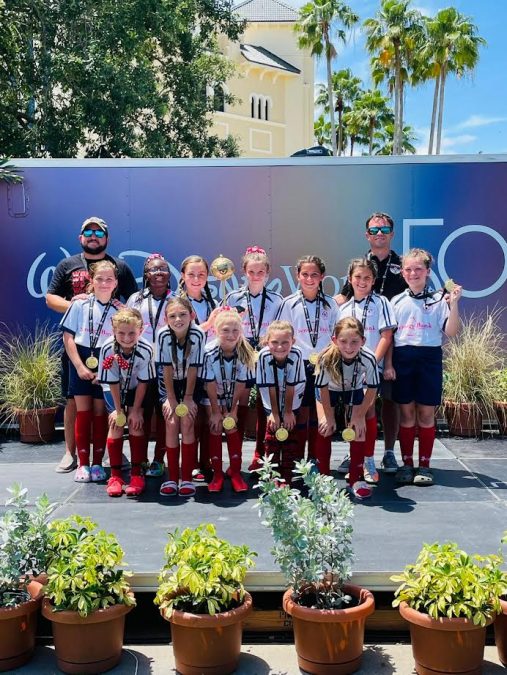 “Talent wins games, but teamwork wins championships” is a quote that a team of young athletes in Terrebonne Parish has lived and played by for over half a decade. The Lady Wolfpack is a U10 youth recreational soccer team composed of 12 girls between the ages of 9-10, under the Houma-Terrebonne Soccer Association. They’ve dedicated themselves to their sport by perfecting their skills, attending soccer camps, training at Texas A&M University, and participating in programs at Nicholls State University. At the close of their final season as a recreational team, the Lady Wolf Pack were crowned champions of the 2022 Disney ESPN World Wide of Sports Memorial Day Soccer Tournament.

The Lady Wolfpack packed their bags to head to Orlando, Florida, to compete in the Disney Memorial Day Soccer Tournament at ESPN World of Sports Complex. The competition included over 290 teams from around the country. The Lady Wolfpack was the only team from Louisiana. Grant Olivier, head coach of the team shared their journey to the championship, “This was actually our last tournament. We’ve been a travel recreation team over the last few years. We’ve traveled all over the state of Louisiana, Mississippi, Alabama, and our recent trip to Orlando was our farthest journey. The girls have been playing together since they were five and six years old. [We have] another dad coach, Marcus Henderson, and these girls have been training pretty much year-round.”

Olivier said he and Henderson, with the help from Lady Wolfpack parents, began planning for the championship in December 2021 and hosted multiple fundraising events, “This was our final tournament, so we started planning for it towards the end of last year. It was a big journey. All of the parents worked together and we made multiple fundraisers to raise money for traveling expenses along with expenses for the girls. We had games the Saturday before Memorial Day, so we played on Saturday, and Sunday, and we made the championship game which was on Memorial Day in Orlando, FL, at ESPN.”

The team began the new year by training twice a week with eagerness to make it to the National Championship. The girls played in a series of tournaments during the days leading up to the final game earning an invitation to Orlando, Florida. They started with group play in the brackets. There were eight teams in their age division, all of which were from Florida; they were the only team from Louisiana. The Lady Wolfpack had to win their bracket to advance to the championship game.
Olivier recalled, “On Saturday, we played two games during the first round. We won 9-1, in our second game we won 2-10, then we had to play the final game on Sunday. All of the parents, myself, and the other coach knew we were mathematically advancing to the finals, but we kept it a secret from the girls. We knew how the other games played out in the bracket, we had the most points, and on Sunday, we won the game 4-1. Then we advanced to the championship game on Memorial Day.”

The Lady Wolfpack arrived at the ESPN Wide World of Sports Complex to compete against a powerhouse program with parents, families, and friends watching via Livestream. Olivier discussed how important it was for the girls to have an opportunity to compete against a team from 1,000 miles away from home, “It was just an incredible experience for the girls to travel that far and see that. They’ve been on a training regime for years, and they were able to compete against a team from that far away with a good program. We took control of the game. We were up 3-1, and at the final minute, we gave up a goal so we ended up winning 3-2 in the championship game.” 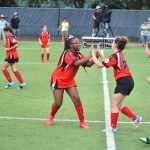 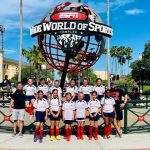 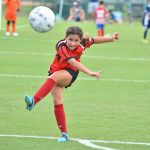 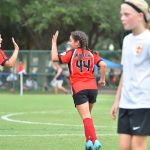 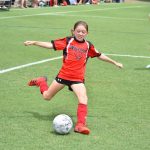 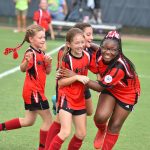 The goal they fought so hard to achieve was in their hand. The Lady Wolfpack soccer team was crowned champions in the U10 division. Each girl was awarded a gold medal and the team won an ESPN trophy which will be passed around to each team member to enjoy. Olivier said winning the championship was a bittersweet experience for the young athletes and a memory they will carry for a lifetime, “Some of them were tearing up after we won the championship, they were just thrilled! They worked hard all year and we knew that we were training and going there to win the tournament or at least [knew] how good we could compete against these Florida programs, and we did it.”

Following the competition, the girls celebrated the big win at Disney’s Magic Kingdom Park. Olivier said a summer pool party is being planned for the girls to celebrate with their loved ones. The head coach said the team has played soccer together since they were five and six years old and formed an incredible bond that has helped them grow as athletes, “One thing we’ve taught as far as coaching is [concerned] is to have team unity and that they can achieve anything they want to with hard work and dedication. They have proved that over the years and at this tournament. They have a special unity amongst them. They love playing soccer, they love the sport, they love the competition amongst each other, they love traveling and seeing other programs…Over the years they really learned to communicate and work on their technical skills. It developed their individual skill set and it all comes together when they apply it for game time.”

Although the National Championship was the final tournament for the recreational team, the legacy will continue. Each member of the team will participate in the Lady Hawks Competitive Travel team, a U11 team under the Houma-Terrebonne Soccer Association. Olivier said he is positive the girls will bring a mass amount of talent to the U11 team, “We’re no longer going to be a recreation team. The entire group has moved on to the Lady Hawks. Every single girl will be participating on a Lady Hawks competitive travel team and this particular group of girls will be a special group. They’re extremely talented and battle-tested, the future is really bright for the HTSA’s Lady Hawk’s program,” he said.

Olivier attributes the success of the team to the hard work, dedication, and determination each girl strived for individually and as a team to reach their goal, “They’ve worked so hard and put their mind to training. It’s something I’ve never seen before. It was a great experience for the girls to go that far being from Houma. There were girl and boy teams from the Northeast, Florida, and the East Coast. It was incredible, the ESPN facility was massive, and it was a huge deal to go there. It just shows the results we achieved from hard work and dedication over the last year. They’re at a great age to never forget this experience. Pretty much, the whole team has been together since they were little girls, they’ve stuck together, and worked hard.” 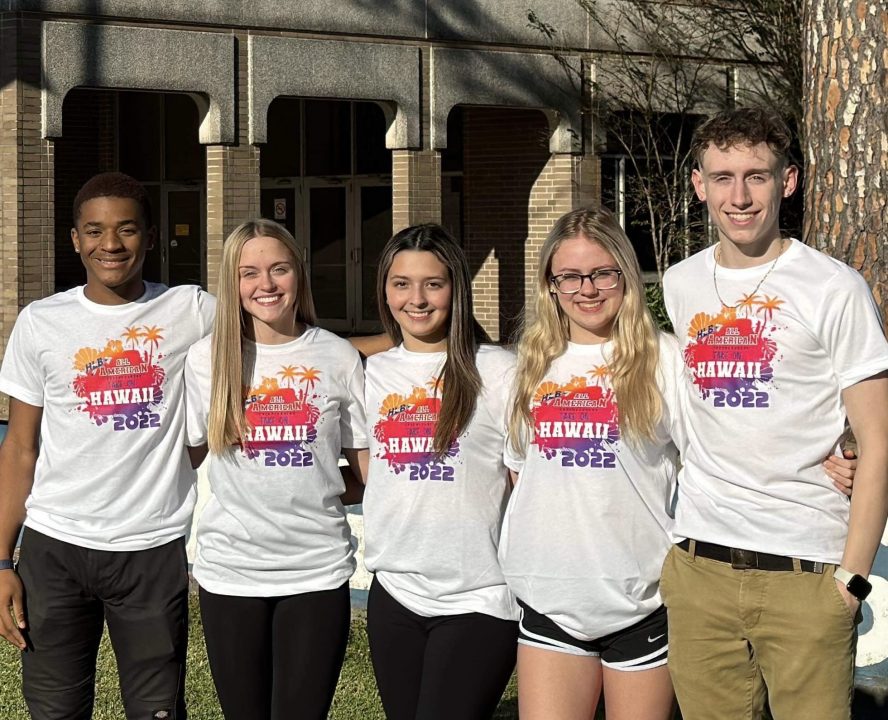