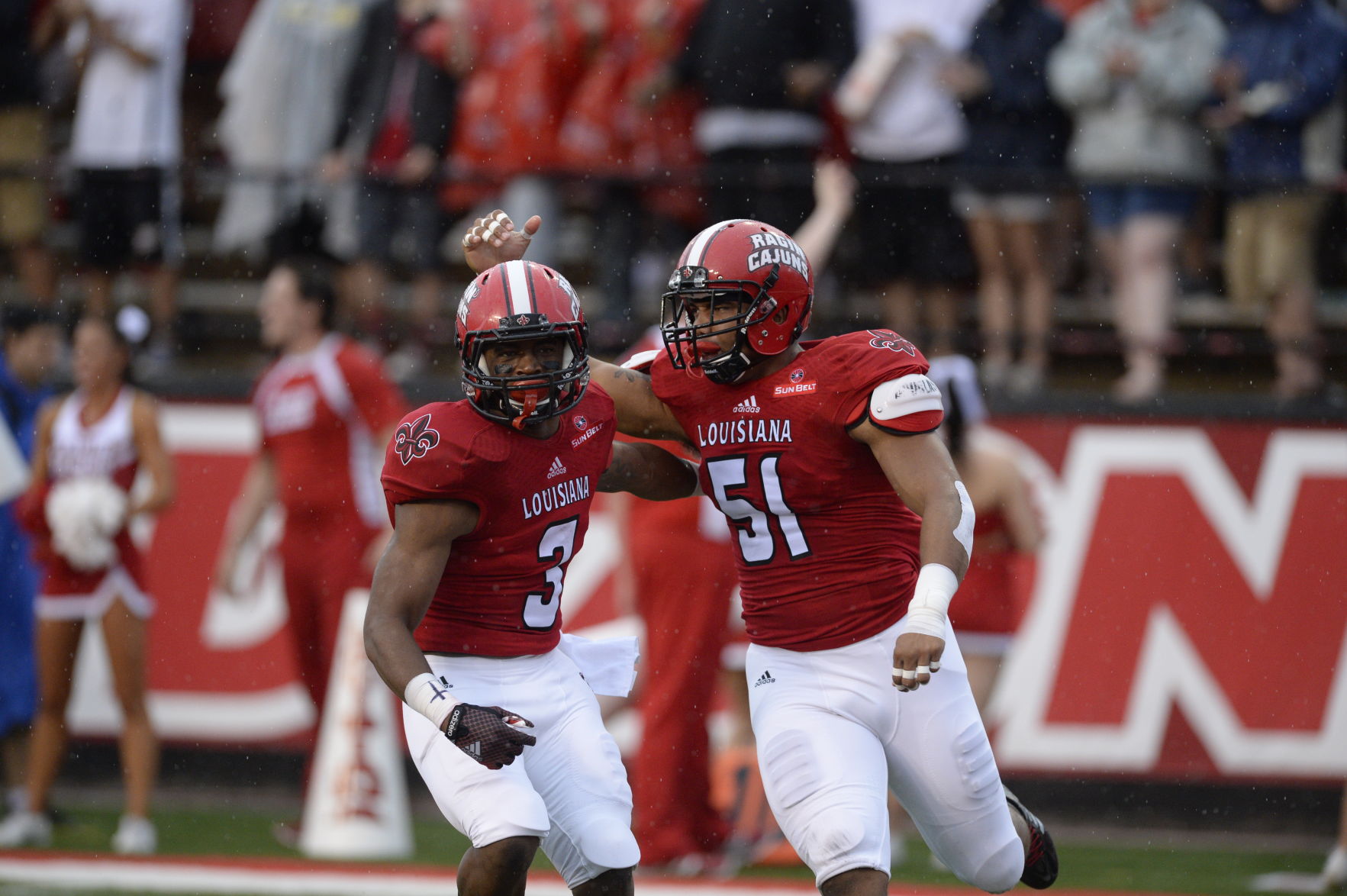 The UL-Lafayette football team didn’t win the New Orleans Bowl in 2015 – a rarity for the program, which had won the game for four-straight seasons prior to the setback.

To regain its postseason glory in 2016, the Ragin’ Cajuns hope to have a little Houma-Thibodaux-area flavor in their locker room mix.

UL-Lafayette has been working hard for the past several weeks in an effort to build on last year’s 4-8 campaign – a rare false step for the program, which has grown accustomed to success under head coach Mark Hudspeth.

To get back to prominence, the Ragin’ Cajuns are relying heavily on a pair of locals, with Houma native and senior halfback Elijah McGuire and Thibodaux native and senior linebacker Trey Granier each expected to play key roles in the team’s season.

Both players said they are eager to leave everything they’ve got out on the field in 2016 in an effort to help their teams win.

“I’m ready and I’m excited,” McGuire said at Sun Belt Conference Preseason Media Days in late-July. “Last year was a little setback for us, but we’ve all stayed motivated, and we are eager to achieve our goals. We think it’s going to be a good one. We’re excited about where it’s headed.”

For McGuire, the 2016 season will be the final chapter in a college career that’s been storied – one of the best in Ragin’ Cajuns school history.

The halfback signed with the Ragin’ Cajuns after a storied career at Vandebilt Catholic, one in which he earned prominence in his freshman season and then never relented, helping take the Terriers to the Class 4A State Quarterfinals in his senior season.

At the college level, it’s been much of the same for McGuire, who’s been a big-time impact player from his first day on campus.

As a true freshman in 2013, McGuire rushed 103 carries for 863 yards and eight touchdowns – enough to win Sun Belt Conference Freshman Player of the Year.

He followed up that success with one of the best single seasons in UL-Lafayette history in 2014, winning First-Team All-Sun Belt and Conference Player of the Year after rushing 166 times for 1,264 yards and 14 scores. He also had 45 catches for 468 yards and two touchdowns on the season.

But after the dominant sophomore season, McGuire and the Cajuns struggled last year which has the halfback hungrier than ever before.

Because of those struggles, McGuire has been overlooked by pundits before the start of the 2015 season. He wasn’t even named to the Sun Belt’s All-Conference First Team in the preseason.

McGuire has said all of the right things about the snub throughout the summer, touting that individual awards don’t mean as much to him as team-wide success.

But he said that he’d be lying if he said the exclusion wasn’t motivation for him this fall.

“I have a chip on my shoulder,” he said. “Going into this season, whoever did (the rankings), I’m going to prove them wrong. There’s no doubt.”

On the opposite side of the football, Granier has a chip on his shoulder, too.

In his final season at the college level, the powerful linebacker hopes to go out with a bang.

Granier started his college career at LSU – the place he signed after recording more than 150 tackles as a junior at Thibodaux High School.

But things didn’t work out with the Tigers, which led the linebacker to transfer to Lafayette after redshirting in 2012 in Baton Rouge.

After sitting out in 2013 to comply with transfer rules, Granier started his college career in 2014, playing nine games for the Cajuns before sustaining a season-ending injury.

Granier bounced back in 2015 and played 10 games as a junior, recording 27 tackles.

But now he wants more.

Granier said in the offseason that he wants to play an even bigger role for the Ragin’ Cajuns in his final season with the team.

According to preseason reports out of Lafayette, Granier is expected to slide into a starting role this season.

“Everyone’s just been working hard, and we’re ready to get going,” Granier said. “For me, I’ve been through a lot with the injuries and the different things. I’m just ready to get out there and have hopefully my best year yet.”

Hudspeth thinks Granier will do exactly that. He said at Sun Belt Preseason Media Days that both Granier and McGuire will be key cogs in the Ragin’ Cajuns’ squad in 2016 – guys who will hopefully help ascend the team back into the upper echelon of the conference standings.

“Different things set us back in 2015,” Hudspeth said. “But we like our leadership and our talent and we think this football team can set itself apart. We expect to play some significant games with high stakes this fall.”•