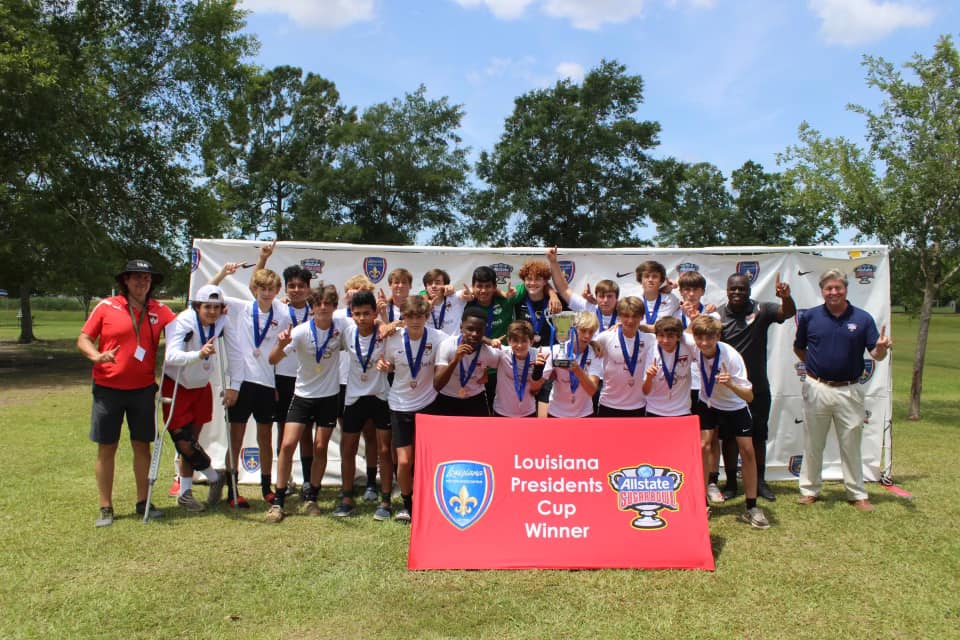 It is true that navigating through life without goals makes things a little more difficult, which is why the athletes under the Houma-Terrebonne Soccer Association (HTSA) dedicate themselves to defining and achieving their various aspirations within the world of soccer year round. Since March of 2021, the competitive teams with HTSA have made this year a memorable one with several victories under their belt, which included securing an overall win and finishing as finalists in the President’s Cup.

The President’s Cup is the tournament that takes place at the end of the soccer season. It is held by coaches around the state for those athletic teams who participated in the Louisiana Classic Soccer League’s division two league throughout that given year. Teams within the league compete against one another all year round in order to secure their final positions for the coming tournament. Eight to ten teams, all from Louisiana, gather together to compete in an orderly structured athletic system. The first weekend consists of preliminary, or initial, gameplay. The teams compete in two groups, four teams in each group, where each team will play three games in total. The two teams from each group who finish on top advance into the finals weekend, where they compete against each other in the semifinals and finals.

This year the HTSA proudly represented their players in the President’s Cup, and three teams came home with their respective titles. In March, the Blackhawks 03 team returned victorious from their competition in Lafayette, having won the finals. This team is made up of males athletes from eighteen years old and under. Following in their footsteps, the Blackhawks 05 team—males who are sixteen years old and under—returned from Mandeville with their own win in the finals on May 16th. That same day, the Ladyhawks 08 team—girls thirteen years old and under—finished the President’s Cup as finalists. These teams will be representing Louisiana in the Regional Tournament in Decatur, Alabama in June. 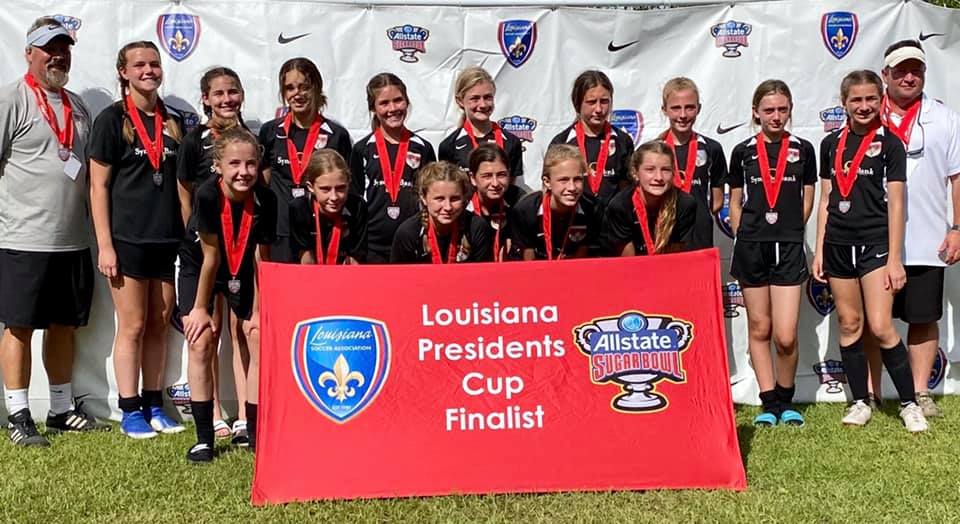 Each athlete worked hard, trained for many hours every week, and managed to reap the spoils of their dedication. Matt Ferguson, the Houma-Terrebonne Soccer Association’s Director of Coaching says, “The soccer players who represent HTSA are hardworking, dedicated athletes who constantly strive for success. As the players get older, their developmental goals adjust to the needs of the individual athletes and respective teams so that they each continue to grow as people, and as athletes.” Besides athletic abilities, these kids also learn essential psychological and psychosocial living skills through the art of sport. The coaches at HTSA create fun and unique opportunities for kids to grow cognitively and socially, enabling them to make long-lasting friendships both on and off the field.

Kids usually join the Houma-Terrebonne Soccer Association through the recreational program between the ages of three and ten, where they do not compete. As they grow and express profound dedication for the sport, the athletes then go through a player placement process to be filtered into the competitive program. This occurs every year in April or May for the U11 to U13 teams, and in June for the U14+ teams. The HTSA also holds programs throughout the year, like the three-year-old program to teach small children the sport, summer and winter soccer camps, 3v3 tournaments, high school summer camp, and indoor futsal.

Parents can register their children with the Houma-Terrebonne Soccer Association by visiting houmasoccer.com or by emailing Director Matt Ferguson at mferguson@houmasoccer.com. With HTSA, kids can express themselves in a healthy and fun environment while enhancing their technical, physical, and social skills. Playing soccer can mold young minds, bodies, and spirits by developing their integrity and teamwork, and scoring key life goals.