I owe it to Toke, Roggie and Bada

James ready to shine for Terrebonne 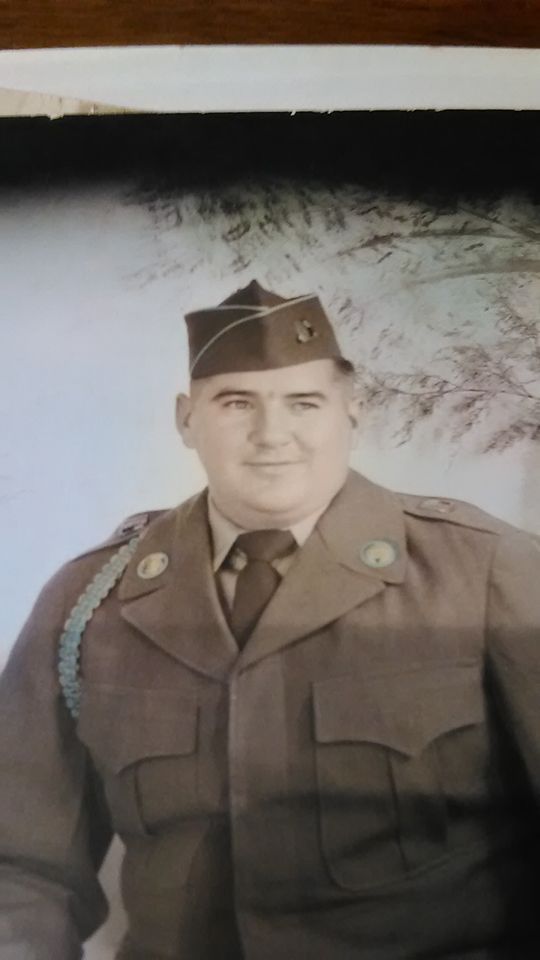 In my job, I get the chance to talk to children several times a week.

Nine times out of 10, I’m the one asking the questions. But kids today are attentive and sometimes they flip the script and play the reporter role on me.

This past week, while visiting Terrebonne High School, a student-athlete asked me how long I’ve been a sports fan.

It’s an interesting story, so I decided to column about it this week.

My answer to the kid was that I’ve loved sports my entire life – literally as long as I can remember.

I owe that passion to two people – my dad and my grandpa.

They lit the fire that still burns today.

We watched every sport imaginable.

I remember being no more than 4-years-old and going to Mr. Bud Lasseigne’s house for Los Angeles Laker parties. My dad and Mr. Bud (still a dear family friend) were both big Lakers fans. They’d watch Magic Johnson, James Worthy and the rest of the team, while the kids and I played.

A lot of the kids didn’t have an interest in the game, but I remember I’d always leave the children’s room to go with the adults to take a peek at the score to see what was going on.

It sort of started there.

As I got older, my dad, Steve “Toke” Gisclair, always took the time to bring me to games. Some of my fondest memories as a kid were going to South Lafourche High School athletic events with my dad.

When work allowed, we went every, single Friday night – home or away.

We went to football and basketball games mostly, but we also went to a few baseball games and everything else.

In those days, my dad was a carpenter. Later, he got into the oilfield and worked for Schlumberger. I never asked him about this, but I’m sure there were Friday nights that he’d have preferred to stay at home and relax after being on a hot roof all week. But he never complained about it and always took me to the games anyway, and I really appreciate it, because I always had fun and enjoyed.

My dad planted the seed of being a sports fan into me. He also heavily influenced my rooting interests. Together, we root for LSU, which later became my alma mater (because of the love I developed for the school as a kid). My dad also loves the Cowboys and that same passion bled into me.

But he wasn’t the only influential voice who made me the fan I am today.

Both of my late grandpas, Roland “Roggie” Gisclair and Leroy “Bada” Doucet, had a lot to do with it, too.

My Papa Leroy was some fun.

He died before I was a teenager, but he still made a great impact on me.

I’d spend almost the whole summer there sometimes. Together with my cousins Scotty and Michael, we’d swim all day, then we’d come in for the night. Together with my grandpa, we’d all gather in the living room and watch Atlanta Braves baseball, Chicago Cubs baseball or even wrestling.

We got along fine when baseball was on.

He cooked us fried dough with coffee (don’t tell my mom he gave me coffee) and we rooted on the Braves and Cubbies.

But when wrestling came on, we were like cats and dogs.

He pulled for the bad guys – always. Scotty, T-Mike and I rooted for the good guys.

When his guys got the advantage, he rubbed it in. When our guys changed the tides, we got revenge.

That back and forth is something I wish someone would have videoed.

What I would give to be able to watch some of that footage now as an adult.

Now, let’s talk about my Papa Roggie (my dad’s dad), who simply put, was a character.

I wish I could explain Roggie better than that, but words don’t do him justice. He was simply, a character.

Like my dad and I, Roggie was a fan.

I remember going sleepover at his house as a kid. Together, we’d watch Tuesday Night Boxing on USA.

I also remember a little Sunday morning ritual he and I had, which was quite hilarious.

In our house, we rooted for the Cowboys. Well, he and my grandma were fans of the Saints.

Like clockwork, about 20-30 minutes before kickoff, the phone would ring. My mom would answer, then hand me the phone.

On the other end of the line was my Grandpa. He’d tell me his “predictions” for the day, which always involved the Saints winning and the Cowboys losing.

We’d talk trash back and forth to one another before kickoff, then would hang up to watch the games.

Once the games went final, the phone would ring again and we’d recap what happened.

If the Saints won, he’d talk about how he was a genius. If they lost, he’d say the other team cheated. It never failed.

It sounds like a little thing, but I looked forward to those calls and those conversations as a kid. It made me pay attention to the games, which, ultimately, got me hooked and made me chase the career I’m in today.

The timing for this column couldn’t be better because this week would have been Roggie’s birthday.

I don’t usually talk about family stuff in my column space, but when the young man at Terrebonne asked me how long I’ve loved sports, I felt the timing was right to share my story.

I wouldn’t be here without you, my dad, my Papa Leroy or anyone else who’s influenced me along the way.