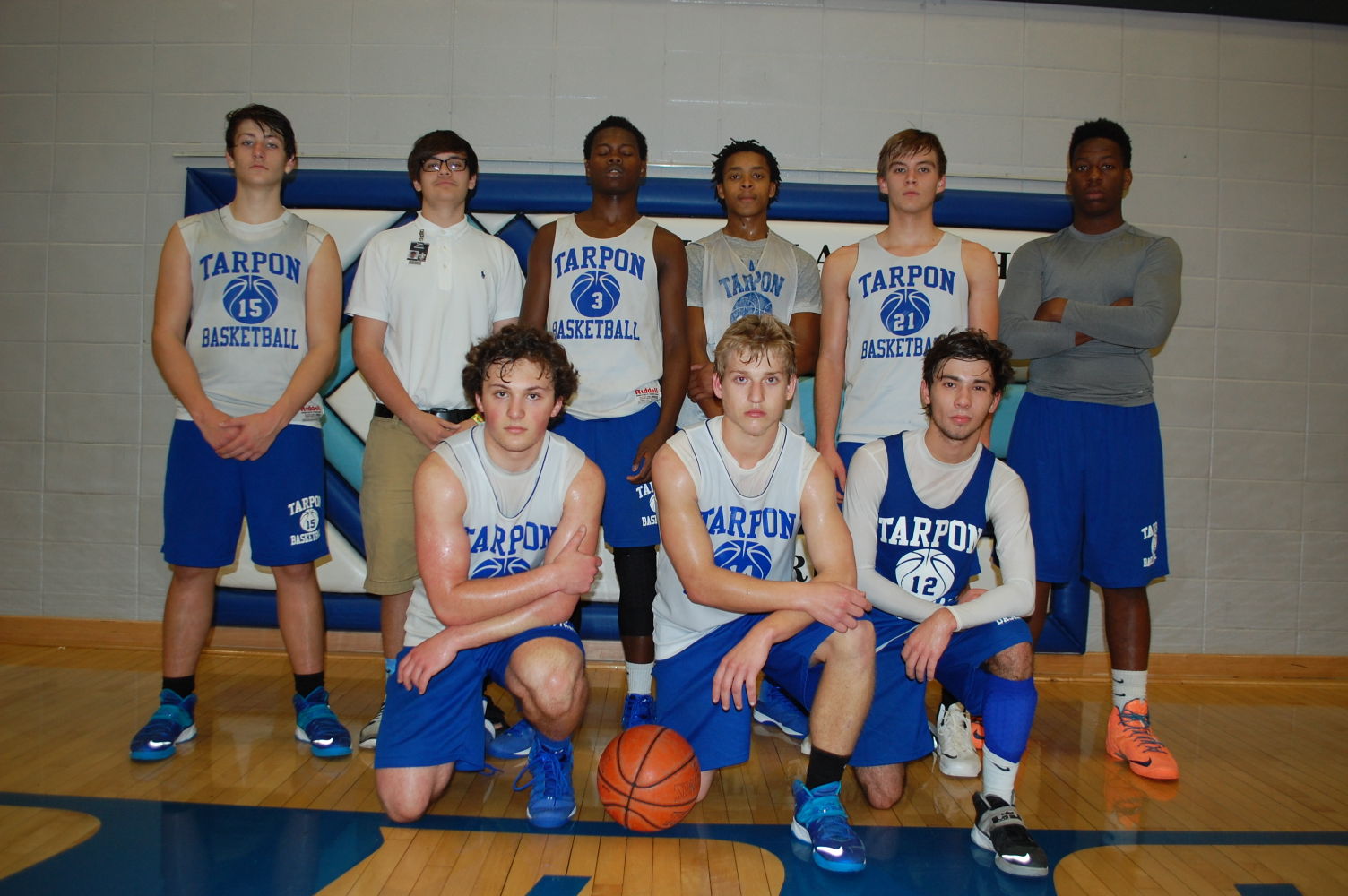 When a sports reporter asks a prep basketball coach for permission to interview a couple players for a feature story on his/her team, the coach almost always points to the senior class and shoots them the reporter’s way.

That is not a luxury that South Lafourche boys’ basketball coach Brian Callais enjoys in the 2014-15 season.

This year, his Tarpons are without a senior on their entire roster.

Experience and the progression of a large junior class are two storylines dominating South Lafourche’s boys basketball hopes as the team grinds its gears and heads toward district play.

But even while being young, the Tarpons are off to a pretty solid start. South Lafourche won its first three games of the year – earning wins against Jeanerette, Morgan City and West St. Mary to start the season. More recently, the Tarpons have fallen back to .500, suffering losses against Northshore, Ellender and Mandeville, but all of those teams figure to easily be in playoff contention.

South Lafourche will return to action this week at the Ellender Tournament, and Callais said it’ll be another opportunity for his young team to gain seasoning and experience against some of the top teams in our area.

“This is unique – this isn’t something that we’ve had around here for the past several years,” Callais said with a laugh when asked about his team’s youth. “In years past, we’ve had big senior classes – sometimes as many as six or seven of them. But this year we don’t have any, and it’s strange – there are growing pains at times. Luckily, the juniors that we’re playing are talented and have a lot of varsity experience. That helps us, because they’re shouldering a lot of the load for us in leadership.”

Callais seemingly hit the nail on the head in his comments. South Lafourche is young, yes. But there are a ton of experienced playmakers within the team’s sidelines.

Offensively, South Lafourche possesses a bit of a “pick your poison”-type approach with several players capable of pitching in 10-12 points on a given night to help the team win.

Callais said this year’s core is one of the most athletic groups that he’s had in years. Dillon was a receiver for the Tarpons’ football program. Lombas and Mack were defensive backs. The speed, athleticism and jumping ability of this year’s bunch have certainly caught Callais’ eye.

“We do have athleticism – there’s no question,” Callais said. “That was evident during football season. These kids we have now for basketball were all over the field making plays during football. We’d throw the ball up and they’d go get it. We’re doing some things to incorporate that athleticism and to take advantage of those things so that we can be a better team.”

The players interviewed agree with their coach – they concede that the Tarpons’ tempo is quicker this go-round and they all said that South Lafourche does make an effort to play a more transition-oriented game this year, compared to years past.

But they tout that their push for success in 2014-15 isn’t attributed to the tempo per se, but more to a hunger burning in the program.

South Lafourche’s 2013-14 season wasn’t good compared to some of the winning years they’ve enjoyed in the past under Callais.

The Tarpons won just eight games a year ago, only two of those coming in district.

The team said they worked hard over the summer in an effort to come back strong. That work, combined with solid chemistry are reasons the players say this year will be different than last.

“We’ve all been playing together for such a long time,” Dillon said. “We have great chemistry and we’re going to stick together no matter what happens.”

“We are working hard in practice, and we want to get better,” Rebstock agreed. “We’re taking the things the coaches are telling us to heart, and we’re all doing our best to work on them and continue to get better in our execution.”

“We’re getting there,” Chouest added to close the conversation. “We are getting better every day.”

Of course, it’s not going to be easy, because the Bayou District is absolutely loaded with talent from top-to-bottom – a district that could easily send almost all of its teams to the Class 5A State Playoffs if the chips fall in the right places.

But Callais thinks that his team is equipped to give its opponents a run for their money on any given night – even without any senior leaders to lean on.

He likes what he’s got from his junior leaders.

“We think we’re going to be competitive with anyone that we play on every, single night,” Callais said. “We’re young, but everyone else is, too, so there’s really no excuses. We’ve gotten off to a pretty good start, but it won’t be easy. Our district is tough. Our non-district is tough. But we have a team that we think can accept those challenges and succeed in them.”

The South Lafourche boys’ basketball team has a dynamic that most basketball teams don’t have – they don’t have a single senior player. But even with that perceived lack of experience, the Tarpons are off to a strong start to the 2014-15 season. Led by a talented junior class consisting of Shak Dillon, Trevor Rebstock, Nikali Lombas, Kobe Chouest, Thomas Rousse and Larry Mack (all pictured), the Tarpons are hungry for the playoffs.