Lack of field turf is embarrassing 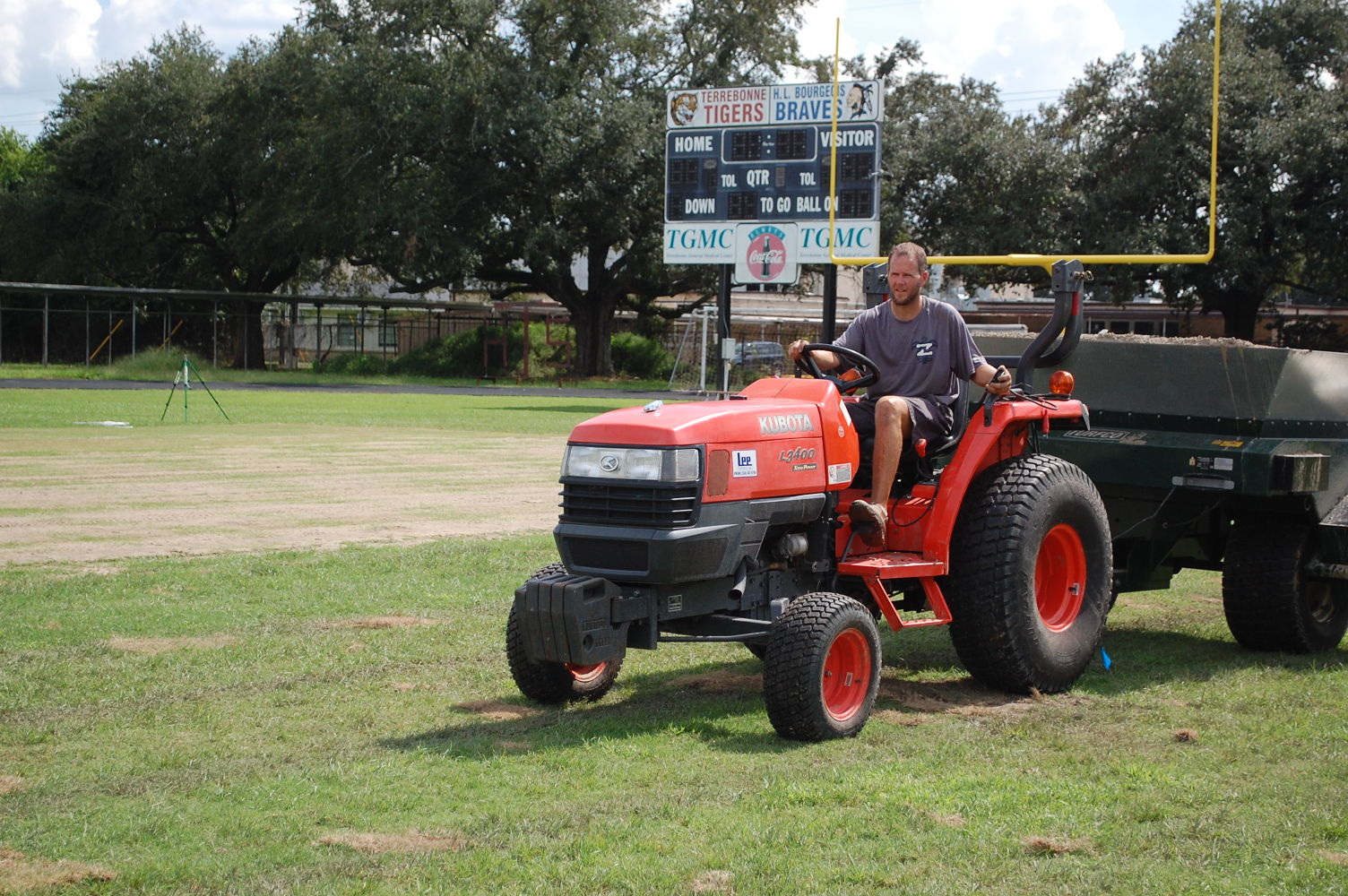 I’m a pretty laid back dude.

It takes a lot to get me angry – especially when it comes to the world of sports.

But with that said, I’d be lying to your face right now if I said that I wasn’t furious about a topic that’s currently dominating the local sports conversation.

The debate is about field turf and whether or not schools in Lafourche and Terrebonne parishes can afford to place some in our area’s stadiums.

If you ask me, it’s a no-brainer. Yes, we should have field turf.

If you ask me, the real question isn’t whether or not we should have it, but is more why in the heck hasn’t this already been done? It’s not like this problem just suddenly crept up on us overnight. Sloppy, low-lying fields have been an issue in our two parishes for years – for as long as I can remember.

High school sports are a big, big deal in the Houma-Thibodaux area. Heck, if one wants to be technical about it, school sports are among the only businesses right now that are actually making money in the current economic climate.

So having said that, for me to see photos of Ellender Memorial’s game versus Bonnabel two Fridays ago turned my stomach. The field was pretty much 90 percent mud, 5 percent standing water and 5 percent grass.

Other fields around the area weren’t much better and were just as water-logged and shredded by night’s end.

The quality of play suffered. Week 3 was very, very low-scoring, and it’s easy to understand why. It’s impossible to run, jump and cut in a mud pit. It’s like playing football in a swimming pool. It’s tough to move around quickly.

And more important than all of those other things, the kids representing their schools in competition were at risk of being severely injured.

It’s a near-miracle that someone wasn’t hurt badly in Week 3 – either at South Terrebonne or any of the other water-logged stadiums throughout the area.

That same risk of injury is why Ellender moved its game from South Terrebonne Stadium to Patterson High School in Week 4 – to keep players from having to slip and slide for another week on the stadium’s now-destroyed grass.

Losing that game cheated Ellender’s kids out of a home game – a chance to play in front of friends and family who maybe couldn’t travel to Patterson to enjoy the game. The school also missed out on gate revenues by losing the game, which also will have an effect on the Patriots’ program.

All because of our inability to have a dog-gone turf field.

To remedy this problem will not be easy. I concede that. The stuff is expensive, ranging from high-six figures to low-seven figures, based on the estimates that have been given by both coaches and officials with the school board.

But that’s why we elect school board officials – to come up with logical answers to difficult problems. To me, that’s the definition of progress.

The misnomer that sometimes blocks things from getting done is the thought that this issue is just a football one. But it’s not. It’s one that’s of interest for all students in the entire parish.

People who oppose the turf fields say it sets a bad precedent. They say that it prioritizes sports – and specifically football – over other clubs in the school.

But those people are wrong and misguided, and are too far in the trees to see that there’s a beautiful forest surrounding them.

Our fields are muck because of the absurd amount of use they receive, and there’s way more that goes into that usage rate than football.

Oh yeah, our fields also give homes to middle schools, too, who don’t have the facilities to compete.

That’s a lot of kids each year – not just football players.

That’s a lot of kids who are at risk because the footing under their feet is substandard and is in need of fixing.

A study conducted by an artificial turf specialist said that field turf is recommended for any field that hosts 15-20 contests per year.

The study says that any usage greater than that decays the grass and makes the playing conditions unfavorable.

It’s simply too much for the fields to absorb. This will always be a problem.

Unless, of course, we fix it with turf.

Sure, the economy is bad.

But it wasn’t bad five years ago.

Save the excuses. This should have been done a long time ago. •