Lady Terriers hungry for a 3-peat 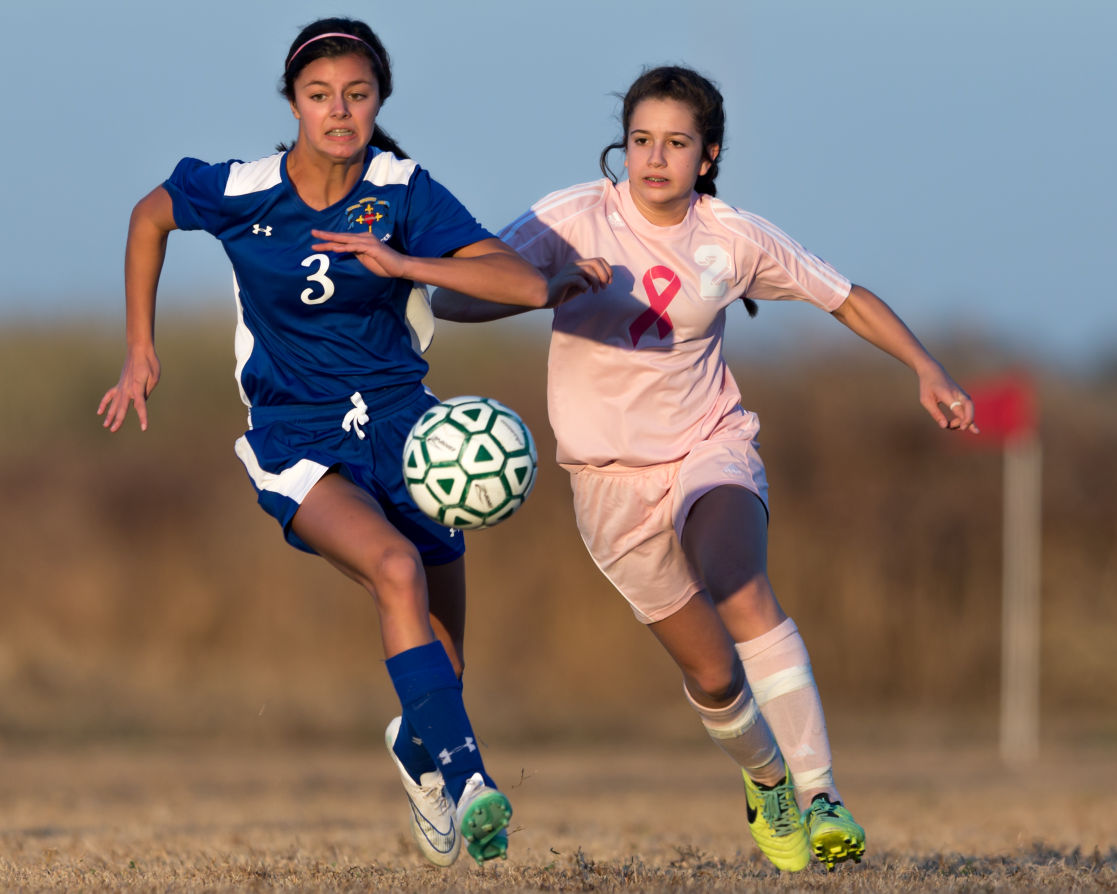 But while saying goodbye, he also said hello to a slew of terrific underclassmen – young ladies who are now eagerly chasing their own place in school history.

As always, the Vandebilt girls’ soccer team is elite – one of the favorites to win the Division III State Championship, a possible three-peat for a program that’s always among the state’s elite.

At press-time, the Lady Terriers are 21-4-2 – the No. 1 team in the state in the latest run of power rankings.

Amedee said throughout the season that this group is young, but exceptionally talented. That talent has obviously shined through so far this season.

“We were never that nervous,” Amedee said of the youth. “We’ve had a lot of success playing younger players here in our program. We lost some terrific players – one of the most successful senior classes maybe in the history of the program. But that just meant we had opportunities for other players and they’ve come in and shined for us.”

For the Lady Terriers, it’s hard to pinpoint any one factor for the team’s success.

Offensively, the Lady Terriers are explosive – one of the most high-octane teams in the state.

Vandebilt has scored three or more goals in 18 matches this season, including on Friday in an 8-0 rout of Lutcher.

The reason the Lady Terriers are able to score so easily on offense is because of a wide variety of strikers they possess which can hurt an opposing defense.

Senior Molly Thompson is a standout – a contributor on each of the two title teams. Now among the leaders of this team, she’s emerged as a force – routinely posting goals for the Vandebilt offense.

But Vandebilt also has other viable options, including Megan Blanchard, Lauren Andre, Riley Neal, Kat Prentice, Carra Hymel and others, which make the team awfully hard to defend.

“No one takes the credit,” Amedee said. “I think with us, everyone understands that we’re all working together to try and get that common goal.”

Sure, Vandebilt loves to score. Who wouldn’t?

But they sure aren’t crazy about opponents scoring against them, which has created one of the top defenses in all of Division III.

Vandebilt is stingy defensively, owning 16 clean sheets in their 21 wins.

Like on offense, Vandebilt utilizes a team-wide approach to their defense with several players contributing on the back-end and also in the net.

At goalie, Camryn Beebe gets most of the minutes, but other players, including Kristen Sonnier, among others, have pitched in to help the team keep opponents out of sync.

On Saturday, Vandebilt faced Mt. Carmel – another one of the top teams in Louisiana.

The Lady Terriers surrendered a goal in the match, but stiffened, allowing Thompson to break a 1-all tie in the second half, which secured a 2-1 win.

In that match, Amedee said his defense grew up and played some of its best soccer of the season.

Earlier in the season, Vandebilt played at the Mandeville Tournament and the team finished just 1-3, allowing 8 goals in four matches – their roughest patch of the season.

Since that time, the team is a perfect 7-0-0, allowing just 2 goals in that stretch, which has now lasted for more than three weeks and has included victories over Academy of Sacred Heart, E.D. White and Mt. Carmel.

So now, the challenge is to keep carrying the momentum forward into the playoffs.

E.D. White will finish the regular season next week and the team will be one of the top seeds in Division III.

The Lady Terriers will then be at home for a lot of the postseason, which will allow the younger players to settle into the postseason and try and chase the title mostly from the comforts of home.

Amedee said he knows it won’t be easy, but he believes in his team.

After seeing them roll to this start so far this season, who wouldn’t?

This new generation of Lady Terriers is rolling in a big, big way.

Vandebilt is not the only local who will be in the soccer playoffs.

In Division II girls, Central Lafourche is strong, owning a 16-4-0 record and the No. 7 seed in the latest power rankings. Also strong is Terrebonne (No. 10), South Terrebonne (No. 16) and South Lafourche (No. 27) – all teams which would be in the playoffs if they started today.

In Division III girls, Vandebilt is joined at the top by E.D. White. The Lady Cardinals are among the top seeds in the division.

In Division IV, Houma Christian is 8-1-6 and is currently the No. 6 seed in power rankings projections.

In boys’ soccer, the area also has several playoff-bound teams.

H.L. Bourgeois is currently the No. 22 seed in Division I. They will make the postseason.

In Division II, Terrebonne is atop the local totem pole, sitting at the No. 6 seed with a 14-1-7 record.

Also in the Division II chase is Central Lafourche (No. 16).

In Division III, E.D. White is the No. 1 team in the state – one of the favorites to win it all.

The Cardinals are joined by Vandebilt (No. 6) in the push for the title.

In Division IV, CCA and Houma Christian are both enjoying winning seasons, as well.