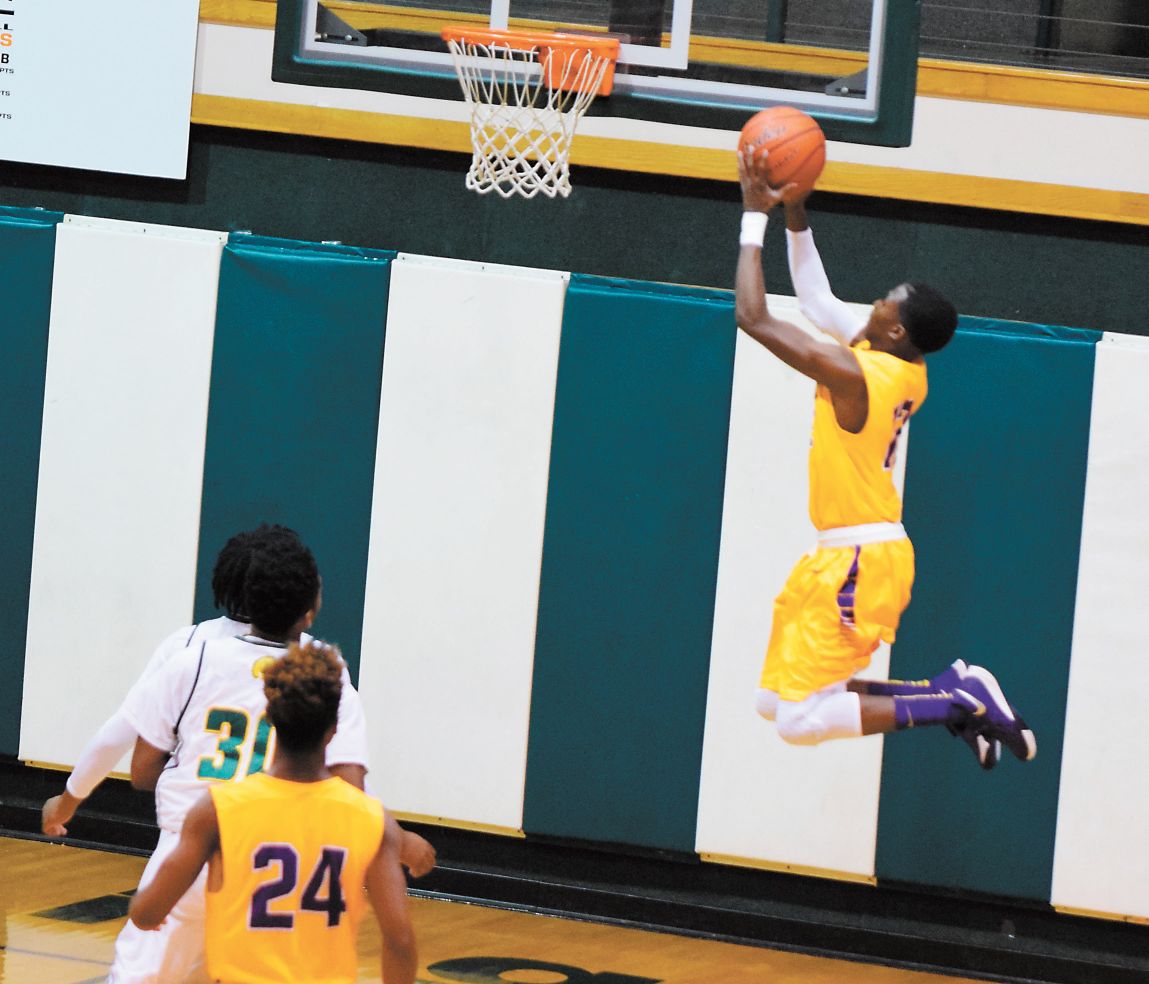 I’ve been in sports journalism heaven the past few weeks. For me, that paradise has made me a gym rat – a man who has been blessed with the opportunity to watch 15-20 prep basketball games, if not more, at various gymnasiums throughout both the Houma-Thibodaux area and also the state of Louisiana as a whole.

My affinity for basketball is clear to anyone who reads this newspaper – I rant and rave about the sport any chance that I get. The game is my passion, and basketball season is unquestionably my favorite time of the year.

But this year’s hoops slate is special in the Houma-Thibodaux area, and it’s special for a reason that has me absolutely giddy.

The reason? The basketball in this area is really, really good, and we have several teams who can chase deep runs in the state playoffs.

Let’s start in just Class 5A.

The Houma-Thibodaux area is home to a ridiculously deep talent pool – a bed of hoops excellence so great that it may actually be unrivaled in all of Louisiana.

Check this out. District 7-5A has seven teams within its boundaries. Know how many of those seven teams have a losing record at press-time? ZERO!

Literally every, single team in the district is capable of beating any other on a given night. Those Tuesday and Friday night games will be absolute wars from start-to-finish, and I can’t wait to see how the whole thing shakes itself out.

Of course, the favorite in the clubhouse going in would probably have to be Central Lafourche – one of the top Class 5A teams in Louisiana. The Trojans are 7-1 at press-time and have an array of weapons that most teams would sell their souls to have. Central Lafourche has size, skill, speed and depth – possessing a roster that can literally can as many as 10-deep if need be without drop-off.

I saw the Trojans at the Morgan City Tournament. They’re absolutely fantastic – well worth the price of admission.

But they’re not alone.

If Central is on the highest cliff, then there are others nipping at their heels just inches below. H.L. Bourgeois is loaded, and guard/forward Chance Gasery is an absolute bear. With wins over Parkview Baptist, Natchitoches Central and Destrehan, there’s absolutely no reason to assume that the Braves won’t be in the thick of things before it’s all over.

And we haven’t even mentioned Thibodaux yet – a squad with athletes galore. Or what about Terrebonne? They are a squad which is 8-6, but could easily be even better if not for some tough, hard-fought overtime losses. Coach Derek Szush has his squad playing good, quality ball. This past week’s 90-85 triumph over Lutcher shows that the Tigers are a club to take seriously.

Out on the river, there’s always Hahnville, Destrehan and East St. John – clubs which have a combined 20 wins on the still-young season.

I’ve seen Hahnville this season – they play a style which is worth the price of admission. They don’t shoot 2-pointers. No, really. They don’t shoot 2-pointers. Not unless they absolutely have to and/or they’re trying to trick you. The Tigers play full-court, man-to-man defense and jack up literally 45-50 3-pointers a game. When they hit, they score 116 points – like they did last week against Crescent City. When they don’t, they can lose to anyone.

In that classification, our area is just as ripe with Ellender leading the pack, but South Lafourche and others leading the list of local challengers.

Ellender is nuts to watch in person, man! They look and feel like a college basketball team when they’re rolling. They have elite-level size and athleticism, and play a tempo that is hard for opponents to keep up with – hence the moniker of “32 Minutes of Pain.”

But when South Lafourche is right, they can play a methodical, quiet style that can slow high octane teams. They’re a legitimate threat. The same can be said for Assumption, Morgan City, Vandebilt or even South Terrebonne in that district loaded with parity

But while the bigger schools get a lot of the love, I’m not blind to the fact that E.D. White has an amazing program in Class 3A or that CCA and Houma Christian hold down the fort in Class 1A, as well.

Those clubs all have talent, and all should have nice years.

It’s amazing. It makes me happy to be a basketball-loving sports editor, because I have so much to look forward to in the upcoming weeks and months leading up to the playoffs.

It’s the best Christmas gift someone in my profession could ever have – a list of teams that’s about 10-team with contenders.

The only thing that could be better is if the sport were played year-round.

But I won’t be too pushy or picky with Santa. To have this much local talent is plenty good enough for me.