Local coaches have plan in place to beat the heat

Nicholls basketball hopes for improvements in 2017-18 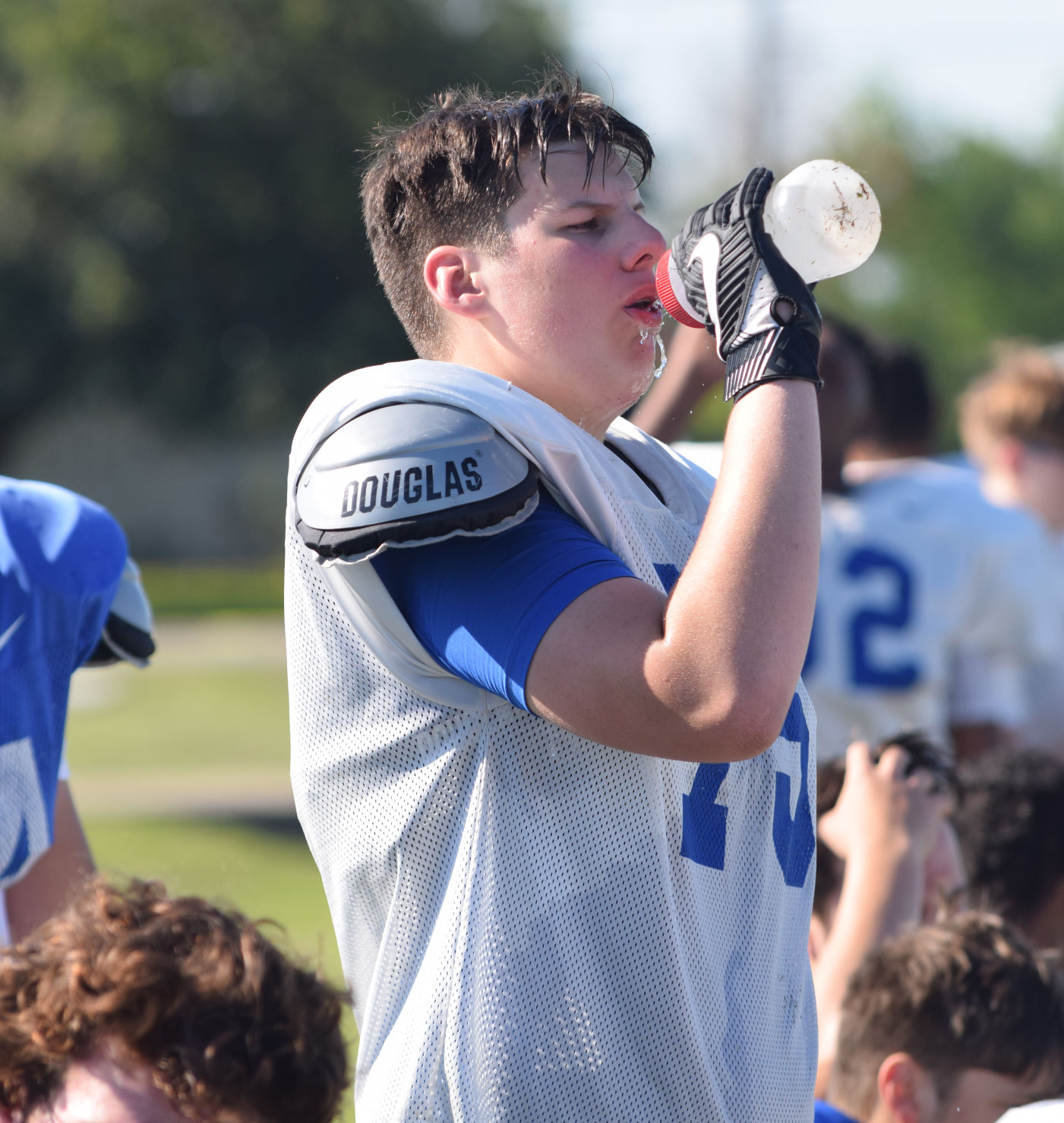 Summer vacation feels like it just started, but it’s already almost over.

With it, preseason prep football practices will begin in the coming weeks.

Barring a drastic change in the earth’s weather patterns, it’s going to be hot when locals take the field – often with heat indexes above 100 degrees.

But local coaches are ready. They’ve seen this before and have plans in place to beat the heat – literally.

The Times quizzed area football coaches this week about their heat safety plans in advance to the start of football season in the coming weeks.

All the coaches asked agreed that staying safe in oppressive heat is important and each said a specific plan is built into practices to keep both coaches and players safe throughout the warmest parts of summer.

Heat safety has become a point of contention in prep athletics in the past several years – due to heat-related deaths which have occurred on practice fields around the country.

“Knock on wood, but we’ve not had too many problems with the heat here at Thibodaux High,” Tigers head football coach Chris Dugas said. “We sort of have the motto that we want to practice smarter, not necessarily always longer. We do different things to help the kids out and we have excellent trainers who help us, as well. I think the heat is something we’re very aware of and something we do a good job working through in a safe, efficient way.”

Local coaches agree that the best way to be safe in the sun is to be reasonable and cautious when dealing with the hottest days of summer.

Every coach questioned said that they build in breaks throughout practice – downtimes where players can get some shade and relax.

Dugas said Thibodaux allows players to take off their helmets during certain periods to keep heat from staying built up near players’ heads.

Central Lafourche football coach Keith Menard said on the most oppressive days, he and his staff will opt to stop football activities altogether for a few minutes, while letting players settle down.

“We have a few trees on our practice field and we have times where we shut the kids down and have them go sit under the shade,” Menard said. “It’s not worth it to try and push it because you can’t beat the heat. The heat is going to beat you. We also do our best to keep them hydrated. We have water breaks and we do our best to be smart about when they’re exposed to the worst of it.”

Dugas said during summer practices, he closely follows weather forecasts to try and be wise about how to plan practices. On days with a lot of sunshine and minimal cloud cover, which can raise heat indexes to 110 degrees or greater, Dugas said the Tigers will often get into the film room or into the gymnasium to do as much work as they can to stay sharp – while not being outside.

Dugas said by doing that, he believes the team is making the most of their allotted practice time, while also keeping student-athletes safe and fresh.

“On those days, we work on other things – maybe on the mental side of things or in places where we don’t have to get out in that sun unless we have to,” Dugas said. “We really focus in on our film work and doing whatever we can to get better as a football team. We take the kids into the gym and work on our alignment for our blitz packages or any work that we can get done inside our locker room or away from the heat.”

On some days, Dugas said it’s unavoidable, though. When outside work is necessary to progress as a team and the heat is bearing down, Dugas said the Tigers use infrastructure to their advantage.

“Our fieldhouse area has a lot of shade,” Dugas said. “We make sure we keep those guys there during slower periods.”

Dugas and Menard have experience fighting the sun. They’ve been doing it for years.

But some coaches, like first-year South Lafourche head coach Blake Forsythe are learning on the fly. Just weeks before his first-ever set of preseason practices, Forsythe said he, too, is always cognizant of what the sun may be doing to his players.

Forsythe said all of his practice plans have ample time for water breaks, which allow players to stay hydrated throughout their work.

Like Dugas and Menard, Forsythe said he will also lean heavily on his trainer, who is always on-hand to remedy any problems which may arise.

The Tarpons coach said he’s talked to his team managers and they’ve all been told how important their job is within the team.

“We have a hard working trainer and we have a good group of managers and they know how important it is that we have a lot of water bottles at each practice station so that our guys can stay fresh,” Forsythe said. “We want to push our kids to be conditioned, but there’s a right way and a wrong way to do it. When it comes to the heat, that’s something we’re never going to take any chances with.”

Menard agreed. He said if someone ever shows signs of heat-related issues, they’re treated with utmost caution.

“We don’t take any chances,” Menard said. “It’s not worth risking the health of a young man with the rest of his life in front of him.”