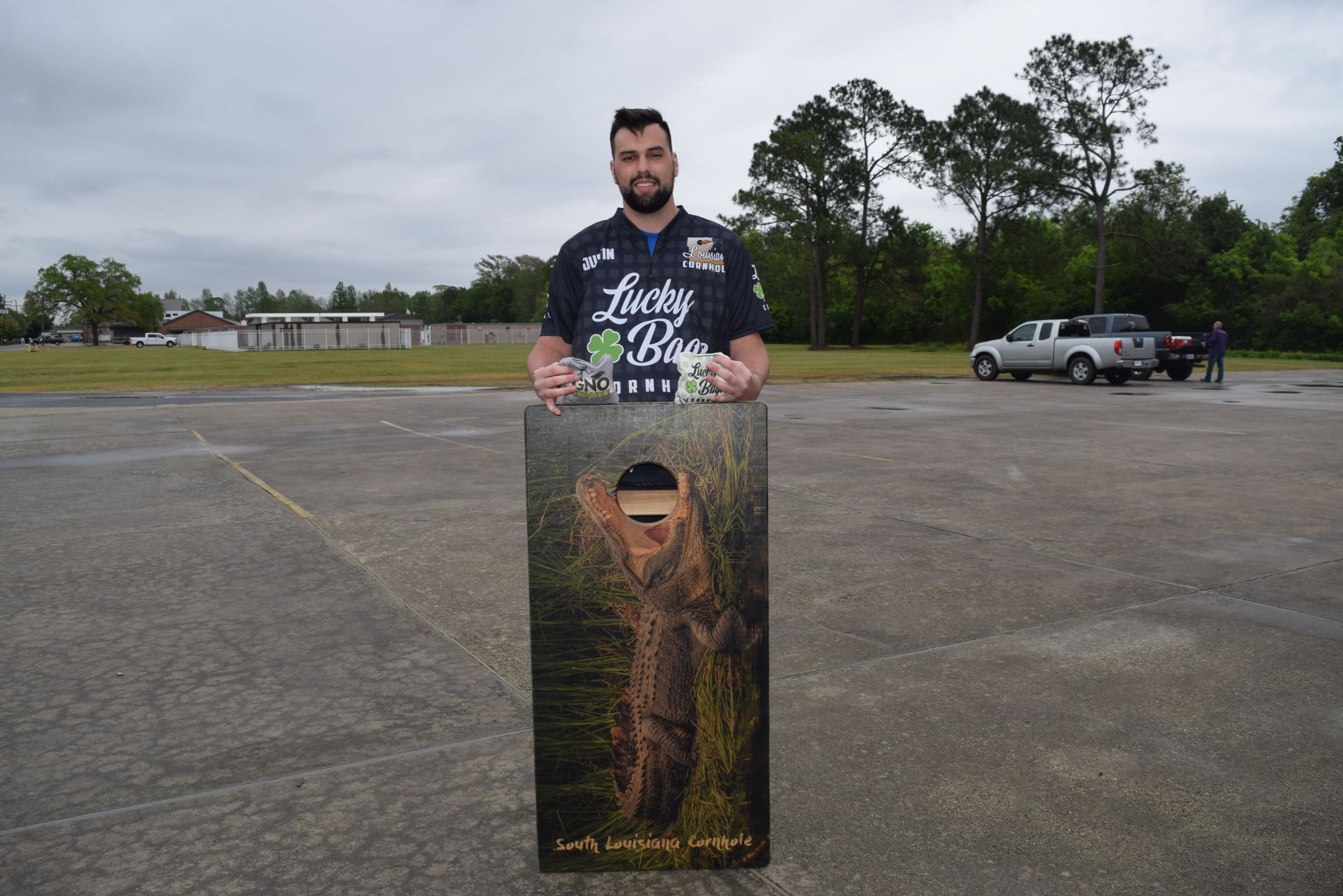 Cut Off native Justin Ordonne has always loved to compete.

With a 6-foot, 7-inch body, Ordonne thought his ticket would be basketball, but injuries to his legs and knees shortened his career and kept him from the collegiate career he’d hoped.

Not willing to fully abandon his competitive drive, Ordonne picked up a new hobby and passion — one which he hopes to ride all the way through the professional ranks.

Ordonne is an accomplished cornhole player — one of the top players locally and even now around the entire state of Louisiana as a whole.

Ordonne said he picked up the sport as a hobby, but it quickly became a passion. He said he quickly realized he had a rare talent for the sport, which is quickly growing with leagues sprouting up around the country.

Since beginning his competitive career, Ordonne has won several tournaments around the Southeast and he’s quickly rising among the ranks in his quest to play at the highest level — a goal he hopes to accomplish for himself in the coming months.

“I’ve been playing competitively for about a year now,” Ordonne said. “I enjoy the competition and the camaraderie amongst the players.”

Ordonne had no idea he would be a competitive cornhole player when he picked up the sport.

He said he started playing with friends as a hobby — something to do when having fun at social events.

But Ordonne said competitive instincts started to take over and quickly, he wanted to learn more about how to maximize his talents and be as good as he could be.

Before he knew it, the hobby had become a passion — one which has taken him to events around Louisiana and beyond.

“I started out playing in the backyard and at tailgates — like a lot of people do,” Ordonne said. “But I caught on quickly to the techniques to be competitive in the sport. And I played in a lot of local tournaments and it just sort of took off from there.”

Took off is an accurate way to describe what has happened for Ordonne in the past couple months.

Since deciding to get serious about cornhole, Ordonne has spanned the country to find events to play.

He said one of the best things about cornhole is the fellowship amongst those who are serious about the game.

Friendships are formed, connections are made and those playing are trying to beat the heck out of one another in the games, yes. But while doing so, they’re also sharing laughs and are making memories that will last for the rest of their lives.

On Ordonne’s social media, he often records his matches for friends and family to see — often using Facebook Live as a platform.

Commenters chime in their support and their kind words are motivation for him to keep chasing his goals within the sport.

“I’ve played in many tournaments this year,” Ordonne said. “I’ve been traveling from here to Dallas and Miami and everywhere in between. I now have a couple of signature wins, which is nice. To date, I won a first-place finish at the College Gameday Tournament on the campus at LSU and a fourth-place finish at the Nationals in Miami.”

So with an adventurous, but successful year under his belt, Ordonne said he has no plans on slowing down anytime in the future.

He played a tournament this weekend in Jackson, Mississippi and has several other events scheduled over the next few weeks.

Ordonne said his plans are to compete for himself, but also to introduce the sport to others who may want to play — sharing his passion with others around the area who want to learn the sport.

“Looking forward, I plan on becoming an American Cornhole League pro next season,” Ordonne said. “But I also want to continue to grow cornhole in Louisiana. It is very easy to join Team Louisiana and I want people to get involved and start playing.”

-No one knows the exact origin of the game. Some say the game began in Germany more than 600 years ago. Others believe it started on farms in Kentucky or with Indian tribes.

-Cornhole is the official name of the game professionally, but around the country, other names for the same game exist, including bean bag toss, dadhole, doghouse, baggo or bags.