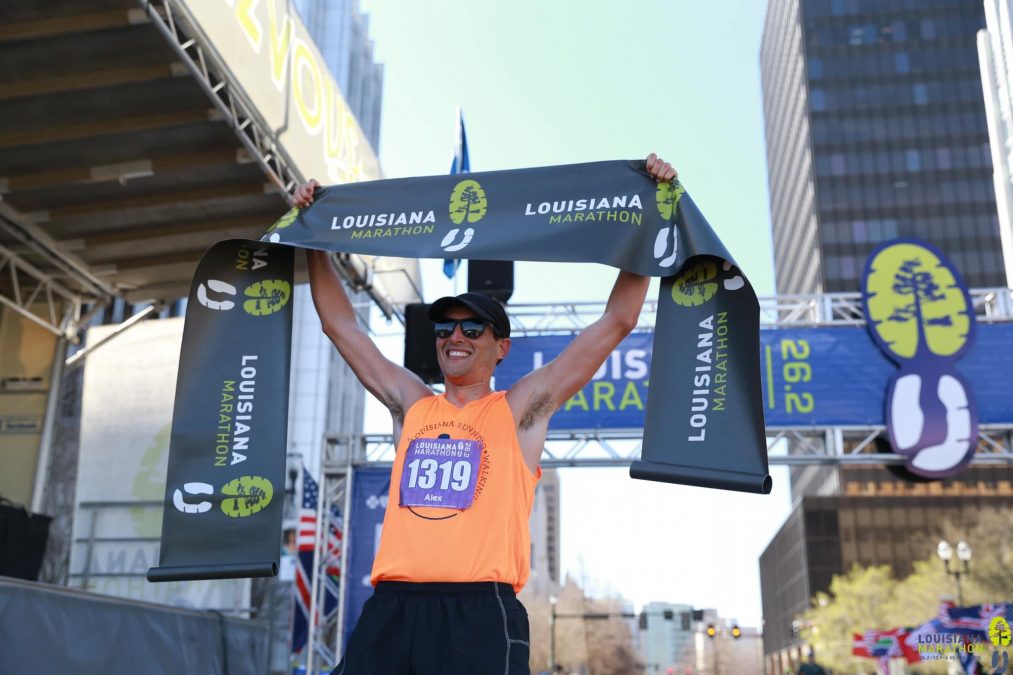 With a time of 2:27:26, local runner Alex Hebert won the 2021 Louisiana Full Marathon in Baton Rouge on Sunday.

Despite coming off a foot injury that sidelined him for about a month, Hebert crossed the finish line first in the 26.2 miler that had around 1,000 participants.

“It’s the biggest marathon in Louisiana,” he said. “It’s a cool and exciting thing. It means a lot more than I thought it would because the Louisiana Marathon was never on my radar.”

With the injury and hopes to run in events outside of the state, Hebert said, he hadn’t planned on attending this year’s Louisiana Marathon. But he decided to make a fun trip out of it with his friends and give the race his best effort — an effort that pushed him to lead the race from off the gun.

A former Vandebilt Catholic, Northwestern State and the University of Louisiana at Lafayette runner, Hebert is no stranger to coming out on top at events. He placed first in the 2020 Zydeco Half Marathon in Lafayette and the New Orleans Ultramarathon 50K (new course record of 3:08:00), in addition to several 5Ks in the Houma-Thibodaux area.

The 28-year-old ran his first full marathon, the California International Marathon, in 2019. His run of 2:28:55 at that event qualified him for the Boston Marathon, which the COVID-19 pandemic postponed.

A Thibodaux resident, Hebert is a member of Gator Racing, a Thibodaux-based long-distance running team.

He is also supported by the Louisiana Running and Walking Company, a New Orleans running shoes, gear, apparel and nutrition shop.

Hebert shared that his family inspired him to pick up the sport. “Both my uncles were long-distance runners. My dad was a sprinter in high school. My mom ran in high school; she has some records at South Terrebonne,” the Houma native said. “So, I grew up with running always there. That’s how it kind of got started: because they ran, I decided to try it. And it kind of took off.”