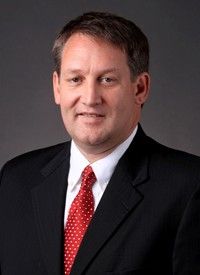 Nicholls State University has a small athletic budget compared to some of the bigger universities in Louisiana and the Southeast.

To combat that economic gap and to stay operating in the green, the Colonels have to play “money games” against big-time, top-notch programs who pay smaller foes (like Nicholls) to come to their campus and compete in an effort to pile together “easy” early-season wins before conference play.

On paper, it looks like the matchups are lopsided, and many coaches don’t like playing that type of brutal schedule because of what it does to a team’s confidence and overall win/loss record.

But Nicholls men’s basketball coach J.P. Piper doesn’t mind the brutal, challenging slate. He thinks playing the best teams in the country makes his Colonels better prepared for the most important time of the season – the Southland Conference schedule.

That philosophy is evident throughout the opening months of Nicholls’ men’s basketball schedule – a challenging slate that will pit the Colonels against some of the best teams in America.

The Colonels released their 2014-15 schedule this week, a series of games headlined by some of the most successful programs in America.

In non-conference play, Nicholls will travel to face UCLA (Nov. 20), Michigan (Nov. 29) and Wisconsin (Dec. 13), among other talented major conference programs. All of the above-mentioned programs will pit Nicholls against teams with realistic chances to win the NCAA Tournament next season. It will also set the table for the Colonels before the 18-game Southland Conference schedule that culminates with the league’s conference tournament, which is scheduled for March 11-15 in Katy, Texas.

Piper admits that Nicholls has a lot of tough games forthcoming, but added that it’s challenging by design to find out where the Colonels stand before league play begins.

“I’m excited about our pre-conference schedule,” Piper said. “We have games with several of the premiere schools in college basketball (on our schedule).”

For Nicholls, the first month and a half of the schedule will be a bit of a blur.

The Colonels open the season on Nov. 12 at home with an exhibition game with Mobile – an annual tradition for Nicholls, who bested the Alabama-based school 72-64 last season.

But after the home exhibition, Nicholls will spend most of the next month on the road.

The Colonels will face North Texas on Nov. 17 – a rematch of last year’s high-scoring thriller that the Mean Green won 92-78.

Three days after the meeting in Texas, Nicholls will begin a stretch of three games in nine days – all against top-flight competition.

On Nov. 20, Nicholls will travel to Pauley Pavilion for a night tilt with UCLA – arguably the most storied basketball program in all of college basketball.

From there, the Colonels will cap their road trip with Wake Forest on Nov. 24 and Michigan on Nov. 29.

The Demon Deacons struggled last season and posted just a 6-12 record in the ACC, but the Wolverines were an absolute beast last season – one of the best teams in America. They figure to be among the elite again.

After the three-game road trip, Nicholls will play two of its next three games at home, hosting Loyola on Dec. 6 and the University of Arkansas-Monticello on Dec. 16. But the road game sandwiched in between those games will be brutal – a Dec. 13 roadblock at Wisconsin, a team that is annually among the best in the Big 10 and the entire country.

Before entering Southland play, Nicholls will travel to play Louisiana Tech – one of the hottest mid-major programs in the country. They then host two-straight games against Troy on Dec. 21 and Spring Hill on Dec. 30.

From there, the Southland slate begins on Jan. 3 with a road meeting at Lamar. Nicholls stays on the road in its second conference game against Abilene Christian on Jan. 10.

But after the opening two games, the Colonels have a chance to make some hay. Nicholls plays six out of eight Southland games at home from Jan. 13-Feb. 7 – a slate of games that will see Nicholls host Houston Baptist, Texas A&M-Corpus Christi, Sam Houston State, Incarnate Word, UNO and McNeese State.

The schedule stiffens late in the season, and the Colonels close with four games out of six on the road, including road games with Stephen F. Austin, McNeese, UNO and Southeastern Louisiana.

But by then, the Colonels should be battle tested by a brutal pre-conference schedule. At least that’s the hope in Thibodaux.

Piper said he’s eager to see how his young team fares. Nicholls lost several of its top players off last year’s roster and will now field a lineup that will rely heavily on inexperienced players.

“We have a relatively young team with only one senior,” Piper said. “And I think the experience prior to conference play will be good for us.”