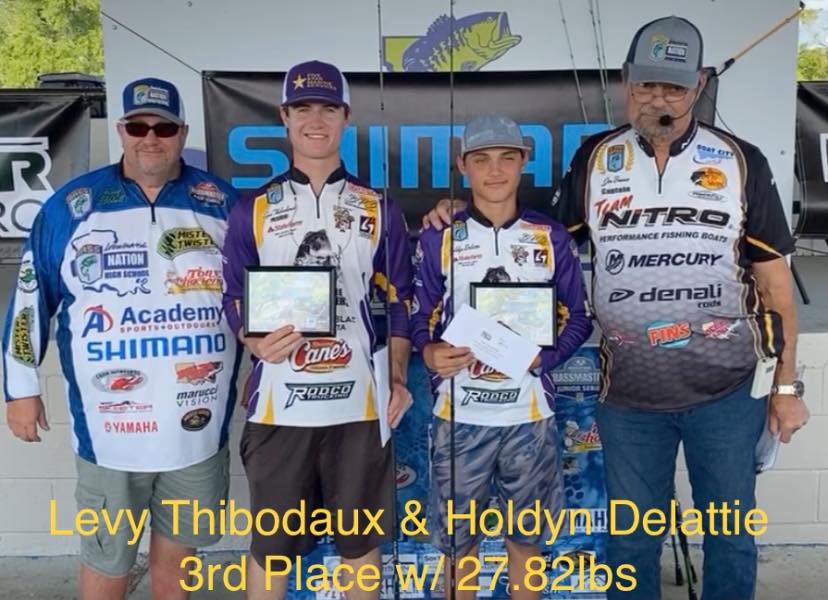 The Bayou Region area was represented well in the Louisiana Bass Nation High School State Championship at Doiron’s Landing in Morgan City this past weekend.

Levi Thibodaux and Holden Delatte, one of the Lafourche Bassmasters teams, finished third out of over 100 teams. They hauled in a total of 27.82 pounds. With their win in the East Division tournament in Manchac in April, the two qualified for the national tournament in Tennessee later this year.

They weren’t the only local team to have an impressive outing in the two-day tournament, too.

Vandebilt Catholic High School’s Roman Robichaux and Dylan Folse placed sixth in the tournament with a total of 26.56 pounds.

With a 24.82-pound total, Zane Zeringue and Ross Kliebert of Lafourche Bassmasters earned the ninth spot. 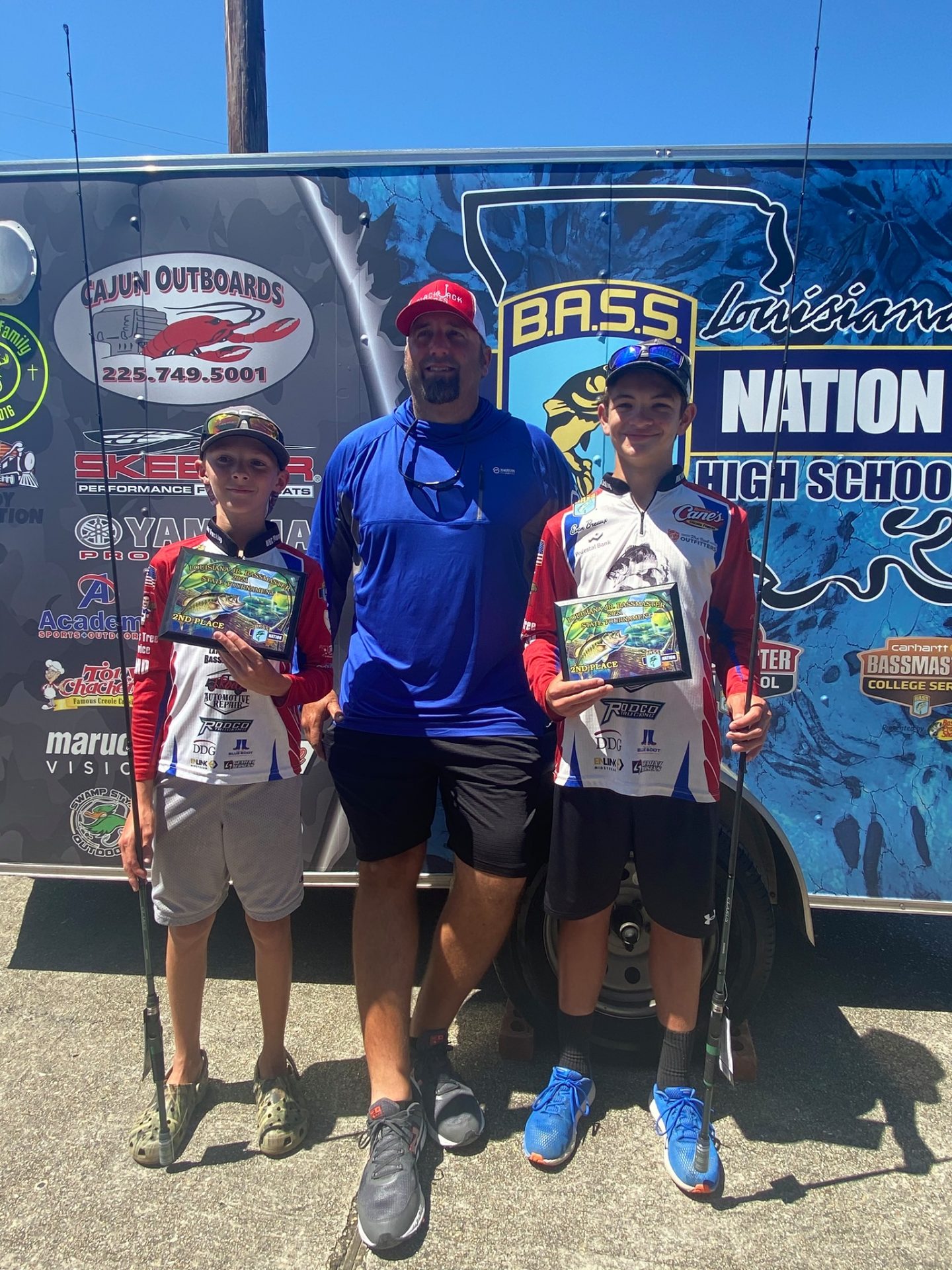 Lafourche Bassmasters’ junior division showed up big time as well, having four teams place in the top 10 in the Louisiana Youth Bass Nation State Championship. Nathan Chiasson and Evan Breaux placed second in the one-day tournament with a total of 11.72 pounds and also earned a spot in nationals.

Being named the best team in two tournaments this season, the Lafourche Bassmasters carried momentum heading into the state championship.

“The hard work those guys put in and the way we communicate with each other paid off,” he said. “And hopefully, it gets better from here on out.”