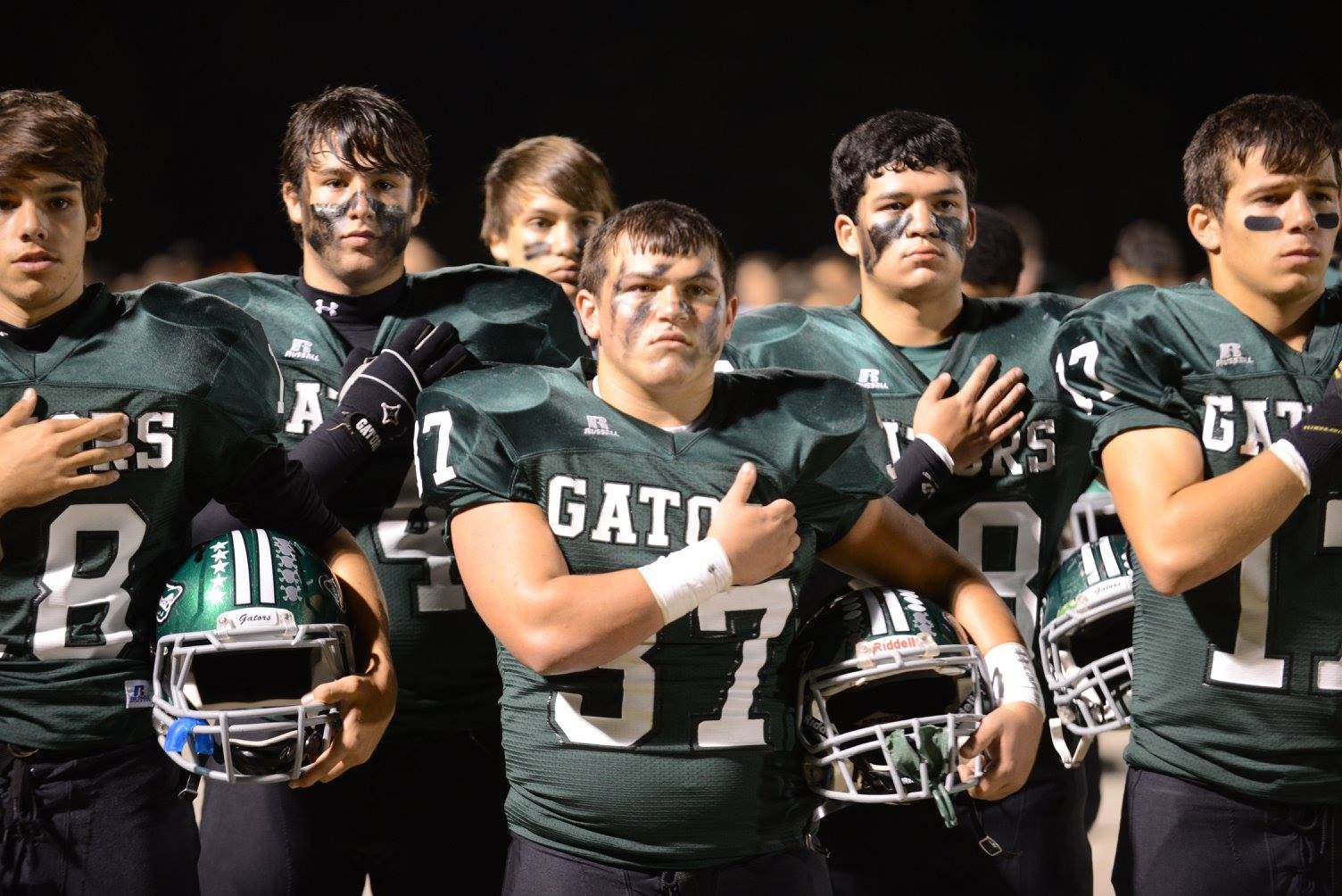 Believe it or not, but the final week of the prep football season will be played on Thursday, Friday and Saturday nights across football fields throughout the state of Louisiana.

As it stands, six teams are guaranteed to get into the playoffs, one is more than likely in with a Friday night victory and another needs a victory and a little help from others around the state to secure a spot in the field.

Week 10 will be filled with excitement throughout the area as our local teams either jockey for playoff positioning or face the reality that the season may end for 2014 if the ball bounces the other way.

“It’s that time of the year,” Thibodaux coach Chris Dugas said. “It’s seems like yesterday we were getting in pads for the first time, but it’s here – Week 10 – the last game of the regular season.”

It’s Class 5A that will attract the most attention on Week 10, as one team strives for better seeding and two others make a strong push to get in.

For Thibodaux, the drama is not whether or not the Tigers make the playoffs, but rather what seed the team will be once it gets there.

Sitting at 8-1, Thibodaux was No. 6 in Class 5A according to the latest power ratings figures provided by the LHSAA.

The magic numbers to pay attention to for Thibodaux are No. 8 and No. 4.

If Thibodaux stays inside of the Top 8, the Tigers will have an opportunity to host two-straight playoff games, assuming the bracket holds and there isn’t a first-round upset along the way.

If the Tigers can jump into the Top 4, they would be able to host three-straight playoff games if the bracket holds – a potential major advantage for a team with championship aspirations.

Thibodaux roared past South Lafourche on Thursday night, crushing the Tarpons 35-0. The Tigers allowed fewer than 100 total yards in the win.

“We’ve had a great season,” Dugas said. “I think now the focus is on taking this thing to another level. When you look at it, our only loss was against Destrehan – a game we easily could have won. So I think our kids understand that on any given night, we can compete with anyone in this state. It’s one game at a time now. That’s what the playoffs are – one game at a time. Win one and then show up to play the next one.”

For South Lafourche, the 2014 playoffs will start in Week 10.

The Tarpons’ meeting with Hahnville on Friday night is an absolute must-win – the truest definition of a win or go home battle.

South Lafourche sat in a tie for No. 29 in the LHSAA’s projections last week. After losing to Thibodaux, the Tarpons are expected to sag just outside of the Top 32 – somewhere around No. 33 or No. 34.

But victory against a seven-win Hahnville team would almost-certainly bump the Tarpons back into the field, even if it’s as one of the final spots in the bracket.

“We’re always honest with our kids, and we told them straight up – you have to win to have a shot to get in,” South Lafourche football coach Dennis Skains said. “And even if we do win, there’s a slight chance that it might not be enough. It is what it is. That’s the spot that we’ve put ourselves in being 4-5. Our focus is just on one week – putting together a good week of practice and winning one game.”

Also in Class 5A, Central Lafourche needs a minor miracle to see the playoffs. The Trojans sat at No. 41 before Friday night’s 38-13 loss to Hahnville. Now probably in the mid-40s, Central needs to beat Thibodaux and hope for chaos to get in.

The Trojans had chances on Friday night, but continually shot themselves in the foot with a rash of turnovers and special teams gaffes.

“That’s a good team over there. We needed to play really well to compete with them,” Trojans coach Keith Menard said. “And we didn’t do it. The turnovers, the mistakes and the big plays did it – we just can’t do those things.”

OTHER SCENARIOS FOR LOCAL PUBLIC SCHOOLS

Win, lose or draw in Week 10, South Terrebonne will easily be in the Class 4A State Playoffs. It’s also pretty much a formality that the Gators will be home in Round 1, thanks to a glistening one-loss record and a district championship season.

Like Thibodaux, the Gators’ only focus now is on seeding.

Before the team’s blowout on Friday night, the Gators were No. 8 in the latest projections for Class 4A. If South Terrebonne stays there in that Top 8, it can be in line for a second-straight home playoff game if the bracket falls into place.

If out of the Top 8 and seeded somewhere between 9-16, there is no possible scenario that would allow the Gators to be home in Round 2.

The Gators will travel to face Cecilia on Friday night. It’s likely not wise to assume victory for the Gators just yet. Cecilia traveled to Bourg and beat the Gators 41-34 last year, despite being a decisive underdog, entering that game with a 1-8 record.

The Lafayette-based team is 4-5 this year, including a 41-40 victory over Northside on Friday night.

Sitting at No. 30 in the latest Class 4A projections before that one-point win, there is a slight possibility that Cecilia and South Terrebonne could play in both Week 10 and also again in the opening round of the Class 4A playoffs.

All of our area’s private school teams will be playoff bound in 2014.

But we knew that before the season even started.

Because of the LHSAA’s public/private split, all of the state’s private-school brackets lack enough teams to fill out a 32-team slate.

That means that it’s an “everyone gets a trophy” scenario with just about every statewide private school knowing before the season even starts that they’ll get at least one playoff game.

For Vandebilt and E.D. White, the competition is in Division II (Class 3A and 4A private schools).

With both teams winning, those figures may change slightly, but neither team is expected to significantly jump or fall before the playoffs begin.

In Division IV (Class 1A private schools), CCA was No. 10 before this past week’s forfeit win, while Houma Christian sat at No. 22 in the 30-team league.

The Lions are currently slated to be a host team in the opening round of the playoffs. The Warriors likely won’t be quite as lucky and will likely open the postseason away from Houma.

The South Terrebonne football team doesn’t have to worry too much about its postseason aspirations – the Gators absolutely will be in the Class 4A field. But in Week 10, the Gators are still playing for seeding, a dilemma that is on the minds of many locals throughout Lafourche and Terrebonne parishes.