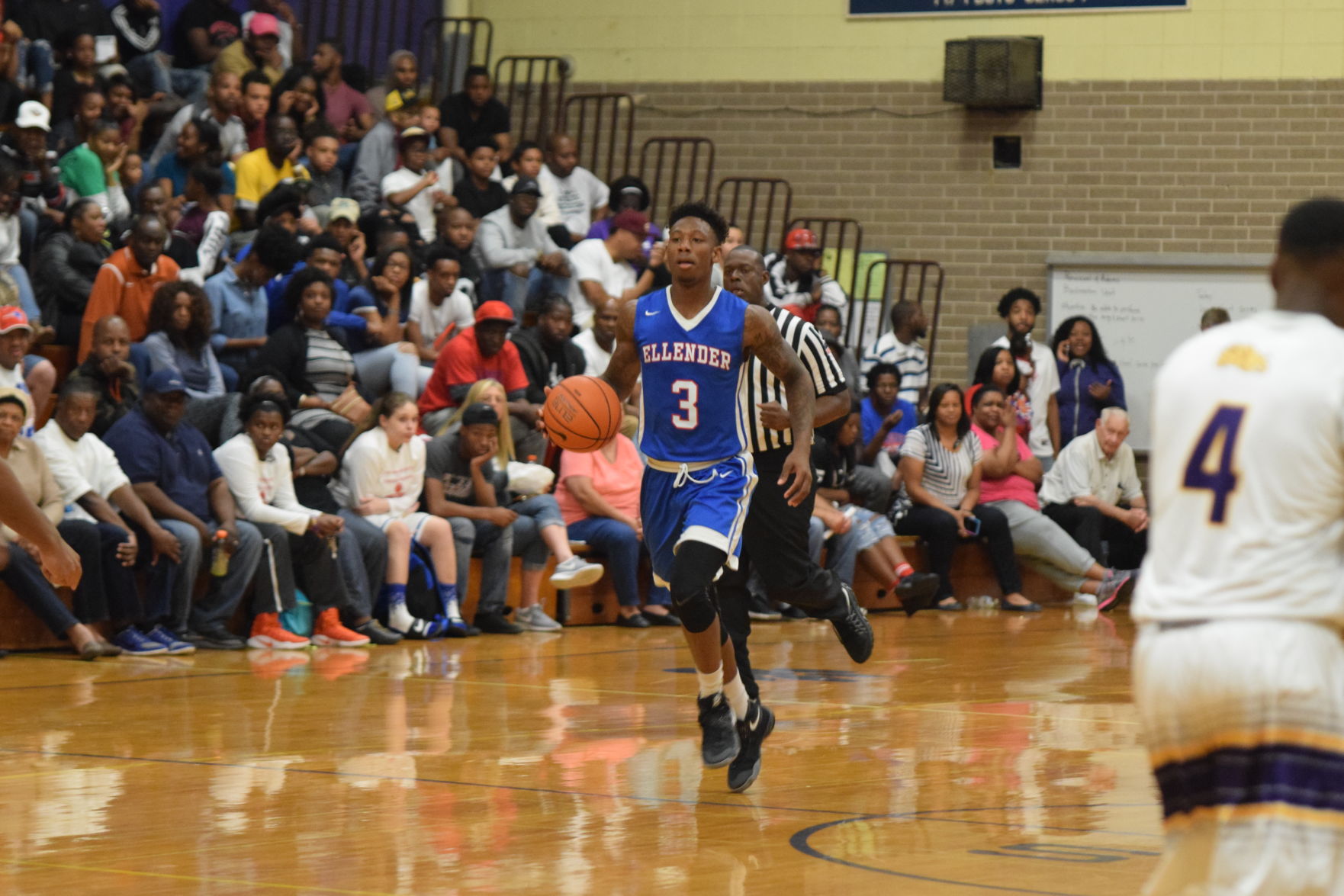 The 2016-17 prep basketball season has been over for a couple weeks.

The Louisiana Sports Writer’s Association released the All-State Teams for both boys’ and girls’ basketball this week – the highest statewide honor that can be earned on the prep hardwood.

Locals filled the list, which isn’t surprising considering the success our area had throughout the season. Several Houma-Thibodaux teams made the state playoffs, including Ellender, which won the State Championship for the girls’ and lost in the state title game for the boys. Houma Christian also had a successful run, making the State Semifinals for boys’ basketball and reaching the state title game with the girls.

On the boys’ side, H.L. Bourgeois standout guard A.J. Rainey was named First-Team All-State after averaging 25.1 points per game in his junior season.

Terrebonne Parish was also represented on the second-team, as Tigers guard Deedy Gauno earned his way onto the squad, thanks to a 22.1 points per game average.

The Ellender Patriots dominated Class 4A this basketball season, winning one state championship for the girls’ and finishing just a couple points short of another for the boys’.

So it should come as no surprise that there are Patriots and Lady Patriots all over the All-State Teams.

On the boys’ side, Ellender was well-represented.

Senior small forward Davontavean Martin was named Class 4A’s Most Outstanding Player and was also a First-Team All-State selection after averaging 20.1 points per game for the Patriots.

Martin led Ellender through the State Playoffs and into the Top 28.

While there, he played an amazing tournament, dominating Westgate in the state semifinals, then putting together another strong performance against Washington-Marion in the finals.

Recently at the Bayou-River All-Star Game, Martin shined again and won MVP honors, as well as the Slam Dunk Championship.

Martin is a basketball standout but a future football commitment. He signed to play football at Washington State University.

Mosely averaged 19.4 points per game for the Patriots this season. He was one of the best shooters in the state of Louisiana – especially in the stretch run of the season.

Also earning recognition in Class 4A boys’ basketball were South Lafourche guard Seth Borne and South Terrebonne guard Connor Brunet. Both players were given Honorable Mention All-State. Each averaged more than 20 points per game for their respective teams on the year.

On the girls’ side, Ellender also took home several honors.

Sophomore guard Terris McKay earned Louisiana’s Most Outstanding Player and First-Team Honors after a big-time showing in the Top 28 – helping lead the Lady Patriots to the Class 4A State Championship.

McKay’s teammate, junior Oreion James, was a Second-Team honoree, as was South Lafourche junior guard Traya Bruce, who averaged 22 points per game this past season – all while playing without dominant post player Victorianna Nelson.

Both players were among the best players in District 7-4A, which is loaded with talent.

In Class 3A, a couple of college-bound E.D. White seniors are ending their careers with spots as Second-Team All-State.

On the boys’ side, Cardinals standout guard and Nicholls State University signee Kevin Johnson earned his place after averaging 19.3 points per game and helping the Cardinals reach the second round of the Division II state playoffs.

A Penn signee, Jones averaged 18.6 points per game for the Lady Cardinals in her senior season while leading the team into the playoffs.

In Class 1A, Houma Christian is well represented on the All-State Team.

On the girls’ side, Christian Warriors standout Dionjhae Thomas earned First-Team distinction after averaging 17.0 points per game as a senior.

Thomas, a 5-foot, 7-inch standout, was a terror to defend throughout the season because of her athleticism and ability to play both inside and out.

During the Top 28, former Houma Christian coach Tammy Martin said she was a mismatch for opponents all season.

“She does so many things well,” Martin said. “She can score from the 3-point line, but she’s very good at penetrating, getting to the rim and scoring or getting fouled. She’s a terrific weapon for us, and she’s a really special kid, as well.”

Johnson, a 5-foot, 9-inch guard/forward, averaged 15.3 points per game for the Christian Warriors on the season.

On the boys’ side, Houma Christian and CCA earned several awards again.