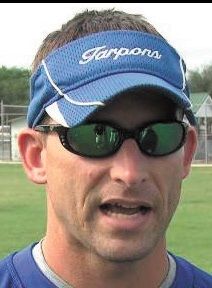 The injury bug seems to finally be leaving the South Lafourche football team.

After starting the season ravished by injuries to several of their key players, Tarpons coach Dennis Skains said this weekend that there’s light at the end of the tunnel.

Skains confirmed to The Times that South Lafourche is expecting to get back receiver/defensive back Larry Mack this week – an addition that will be a huge bonus to the Tarpons depth chart.

Mack started last season for South Lafourche, but hasn’t yet played in 2015 because of injuries he sustained in a preseason automobile accident.

Also injured in the wreck was Tarpons starting quarterback Harvey Allen, who is still on the mend and who may miss the entire season with bladder and pelvis injuries.

“We’re so excited about getting Larry back,” Skains said. “I know that he’s been itching to play.”

Mack’s return isn’t the only good news for the Tarpons on the injury front.

Skains said South Lafourche is also expecting defensive end and Nicholls commitment Jacob Jackson back after he missed the past two games with a broken hand.

Skains said Jackson will be limited and will have to play with a club on the broken hand.

When healthy, Jackson is one of the best defenders in the area.