Minton takes over at Central Catholic; Atwell hired at VCHS

Sheesh, there’s nothing to do without weekend football 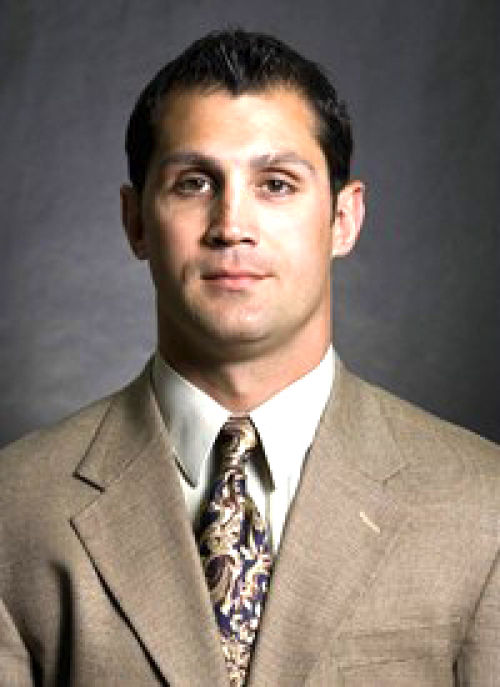 Apparently something changed in the past week for former Patterson head football coach Tommy Minton.

For the second time in his two-decade career, he’s the Central Catholic coach.

Just days after telling the Tri-Parish Times that he didn’t think the vacant Eagles’ job “will be a good fit,” Minton changed his tune this week and accepted the head coaching position at the Morgan City private school.

Minton will replace outgoing head coach David Fuhrer, who was fired as football coach after nine seasons with the team.

Minton lands with Central Catholic with a highly decorated resume, which includes multiple district championships and countless deep playoff runs during his 16 seasons with Patterson.

He also served as the Eagles’ coach in the early 1990s before accepting a job at Plaquemines High School.

Calls to reach Minton were unreturned at press time, but sources close to Central Catholic athletics have confirmed that the coach will take over his new position within the school on March 1.

Multiple factors likely went into Minton’s decision to make a move. The coach said last week that he wanted to better himself financially after working in the public school system for more than 20 years.

Minton, 52, retired from Patterson earlier this winter, to “pursue jobs in the private school sector.” But after placing out feelers across the state, Minton said he didn’t think any available job was the right fit, touting that a year away from the sidelines was likely the best option.

“I have offers out there to do some work outside of coaching, and I might do just that,” Minton said. “If I’m out of it for a year, I’ll still go to ballgames and study other coaches and try to find ways to stay sharp and to stay hungry.”

But apparently in the past week, the Eagles offered Minton their job – an offer he accepted.

That’s good news for Central Catholic, who will now reap the benefits of having one of the elite prep football coaches in the Tri-parish area.

While Minton takes his coaching talents across the road to Morgan City, his protégée will anchor the Lumberjacks into the future.

Patterson High School announced this week that Lumberjacks’ assistant coach and offensive coordinator Chad Blanchard will be the team’s next head football coach.

Blanchard worked with Minton at Patterson for 14 years. He’s been the Lumberjacks’ offensive coordinator during a golden age in offensive output for Patterson. Under Blanchard’s watch, Patterson has routinely been among the highest scoring teams in the state.

“He’s going to do a great job there,” Minton said last week when asked about the vacant Patterson job. “He’s been with me for a long time, and he’s paid his dues. He’s ready to take the next step and to run a program.”

Blanchard will take over a Lumberjacks’ program that won 10 games last season and made a deep playoff push. Patterson is widely regarded to be the top Tri-parish prep team on paper for the 2014 season.

Atwell will land with the Terriers after spending five seasons in Thibodaux. With Nicholls, Atwell worked with the Colonels’ linebackers before being promoted to be the team’s defensive coordinator and assistant head coach.

At Vandebilt, Atwell will take over a program that went 6-5 last season and took home a Co-District Championship under outgoing coach Brad Villavaso, who was fired with one game left in the regular season after a dispute with a player and administration.

Atwell was a player an All-Conference player at Southeast Missouri State in the late 1990s. He got his roots in the Tri-parish area as a defensive coordinator at Thibodaux High School – a job he held for four seasons.

Atwell was chosen over a slew of candidates who applied.