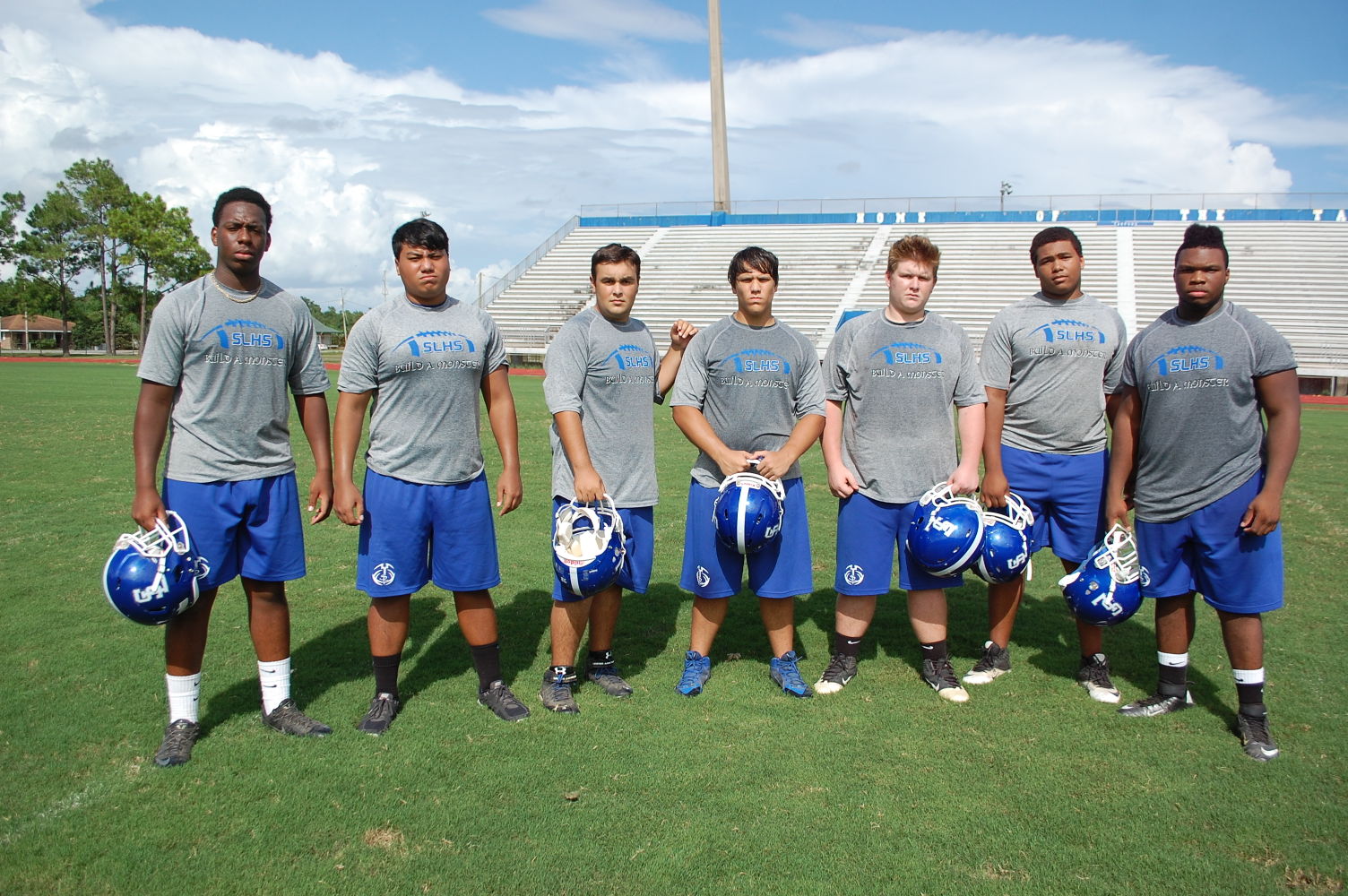 This coming Friday is only Week 5 of the 2014 prep football season.

But the South Lafourche High School football team is already in must-win mode if they hope to reach the LHSAA Class 5A State Playoffs.

The Tarpons’ sense of urgency for victory grew even more heightened this past weekend when the team squandered a 13-12 halftime lead and collapsed in the fourth quarter, falling 50-19 against East St. John.

That defeat dropped the Tarpons to 1-3 and 0-1 in district play, and has made Friday night’s game with Terrebonne a proverbial must-win for the Tarpons if they want to have any hope of reaching postseason play.

South Lafourche has played a laundry list of top-tier teams, including the Wildcats, Shaw and Landry-Walker. But with Hahnville, Destrehan and Thibodaux still forthcoming – all powerhouses in Class 5A – South Lafourche needs to find answers in a hurry.

“We need to get better,” South Lafourche head coach Dennis Skains said. “We’re certainly going to do our homework and watch the tape and get prepared for Terrebonne, because they are a very good football team that is very well coached. But I think our focus first needs to be on us, because if we don’t get better and if we don’t progress and do the things that we want to do well, then it really doesn’t matter too much what the other team is doing.”

For South Lafourche, it’s been the defense that’s been the sore thumb in the team’s season.

The Tarpons have allowed 50 or more points in three of their four games this season. H.L. Bourgeois is the only other team in District 7-5A to have allowed a team to score 50 this year – the Braves let it happen once in Week 3 against St. Amant.

In South Lafourche’s meeting with Shaw in Week 3, things hit a bit of a low point for the Tarpons, as the Eagles scored touchdowns on eight-straight drives. Skains said the problem is that his team has had problems executing the calls so far this year.

“What we’re doing is pretty simple – it’s not a complicated defense,” Skains said. “We’ve made it a point to simplify everything so that the kids aren’t thinking as much on the field. We’re just not executing consistently.”

The coach said it all boils down to experience.

On paper, the Tarpons look big and physical – one of the thickest teams in the Tri-parish area. South Lafourche has big-time defensive tackle Marval Bourgeois anchoring the middle of its defensive line – one of the top tackles in the area.

But the rest of South Lafourche’s defense is very raw in terms of varsity experience – most are starting for the first time in 2014.

In the middle, Bourgeois is assisted by juniors Jacob Jackson and Charlie Smith with Vince Liner also playing a contributing role, among others.

In the back end of the defense, linebacker Matt Richardel is back and is making plays, as is senior safety Dominick Fillinich, who is now back after missing two games with an injury.

But at the corners, the Tarpons are young and have had problems containing some of the elite receivers that they’ve faced.

Bourgeois said that he’s embracing the role of being a leader on this year’s defense.

One of the biggest things that comes with that role is being patient and willing to instruct players as to where they should be on the field.

“We have a lot of younger guys who are learning the ropes, you know?” Bourgeois said. “So I’ve really decided this year that I want that job – I want to be that leader.”

If the defense does right itself, South Lafourche has a luxury that a lot of teams don’t have – a dynamic and explosive playmaker at quarterback.

One of the bright spots for the Tarpons at the midway point in the season is the play of junior quarterback Harvey Allen – another player starting for the first time at the varsity level.

Allen can run, throw and make big plays out of what looks like a busted play.

Against the Wildcats, he threw for and rushed for more than 100 yards apiece.

But for South Lafourche, all of the gelling has to happen right now. The Tarpons play Terrebonne, Central Lafourche and H.L. Bourgeois in the next three weeks – all likely must-wins. They then close with Destrehan, Thibodaux and Hahnville – all local powers.

The South Lafourche defensive line is big in size but lacks experience in a lot of key positions. (From left) Jacob Jackson, Vince Liner, Dylan LeBlanc, Donnie Dye, Dakota Fullilove, Charlie Smith and Marval Bourgeois know that the Tarpons must win now to make the 2014 Class 5A Playoffs.