Nelson eager to get healthy; soar as a senior 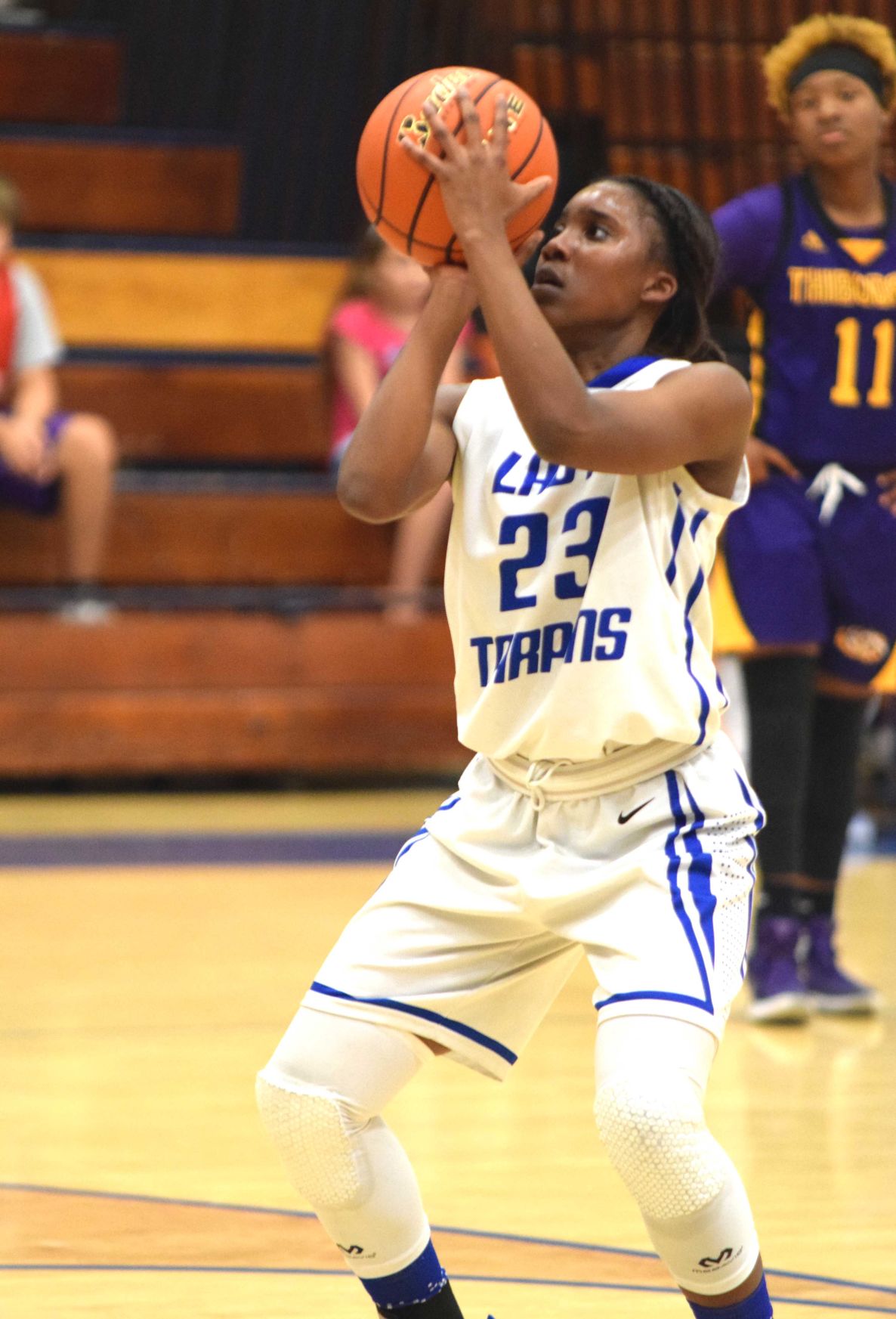 South Lafourche senior post player Victorianna Nelson has been a basketball player for almost every second of her 17 years of life.

Separated from the game by a severe injury last season, Nelson said she is now on the road to recovery – almost to the point where she can be reunited with the game she’s excelled at her entire life.

Nelson underwent surgery during non-district play in her junior season after suffering a severe knee injury.

She missed the rest of the season and is still rehabbing the injury today.

Nelson said having to watch her teammates play district games and late-round playoff games without her was one of the most painful experiences she’s ever had to endure as a basketball player.

But looking back, she said the experience matured her and made her renew her love for the sport – a love she said she will never take for granted in her senior season and the remainder of her career.

“Going through my injury, I learned that I never really understood how much basketball was a part of my life,” Nelson said. “My injury helped me fully realize that you have to play every game like it’s your last because in a matter of one play, it can all be taken away from you.”

When right, Nelson is a monster for the Lady Tarpons on the interior.

Nelson is undersized, standing 5-foot, 7-inches – often several inches shorter than the opposition she faces in the paint.

But because of her aggressiveness, strength and jumping ability, she plays much larger than her height.

Nelson will be a four-year starter for the Lady Tarpons. She’s been an All-District-caliber player for the team since her ninth grade season.

Last year, she was easily averaging a double-double – often get 15 or even 20 rebounds in some games. Because of that output, she was was well on the way to All-State consideration before the injury.

“She’s a game-changing player,” South Lafourche girls’ basketball coach Rainie Terrebonne said in the days following Nelson’s injury. “We feel for her because she’s not just a great player, but she’s a great, great person and leader. She loves our team and this all means so much to her. Vic is a true Lady Tarpon.”

Nelson said she isn’t sure exactly when her injury occurred because she had a little bit of lingering pain in her knee – soreness which gradually got worse.

Her final game was a tournament game against Houma Christian. During that game, the pain became too much to bare.

She went to the doctor and was diagnosed with torn ligaments, which prompted surgery and a drawn-out rehabilitation, which is still on-going – now several months after the operation.

Nelson said she feels much better now and she knows she’s getting closer to 100 percent health, adding that she fully expects to be ready for the start of the 2017-18 season.

“My rehab is going well,” Nelson said. “I’m going to therapy twice a week and I’m working really hard there, so when I’m able to play, I know that I’ll be ready.”

Ready to dominate again, too.

Nelson said that being away from the game refocused her and her No. 1 goal is to be a dominating force in her senior season.

She’s been traveling with the Lady Tarpons to various team camps throughout the summer, staying busy and building chemistry with her teammates.

Once able to play, she said she wants to work on getting bigger, faster and stronger so that she can be as effective as she can be to help the team.

Before the injury, Nelson had started to showcase a mid-range shot, which was becoming a big part of her offensive arsenal.

She said she wants to build on that and continue to grow – anything to help her team in the final season of her prep career.

“For 2017, my hope is to grow stronger and better as a player,” she said. “My goal is to be better than I was before the injury. I’m confident that that’s going to happen.”

If it does, she’s likely to play at the next level.

Nelson said she’s received letters from several area mid-majors throughout her career – something that’s likely to increase as she returns to full health.

The post player said she doesn’t have a favorite, adding that she’s grateful for all the attention she’s received.

She believes that with a good enough senior season, all of the stuff at the next level will take care of itself.

“I’ve gotten a few letters here and there,” Nelson said. “Loyola, Southern Miss, Concordia University, Southeastern and McNeese have all shown interest. Now, I just want to play well, help my team and see how it all plays out.”