Can Thibodaux rule the Bayou? Tigers beat SL, CL in ’13; hope to repeat this year

The Cajun Cannon lives on: Former Saint was once a budding SL Tarpon 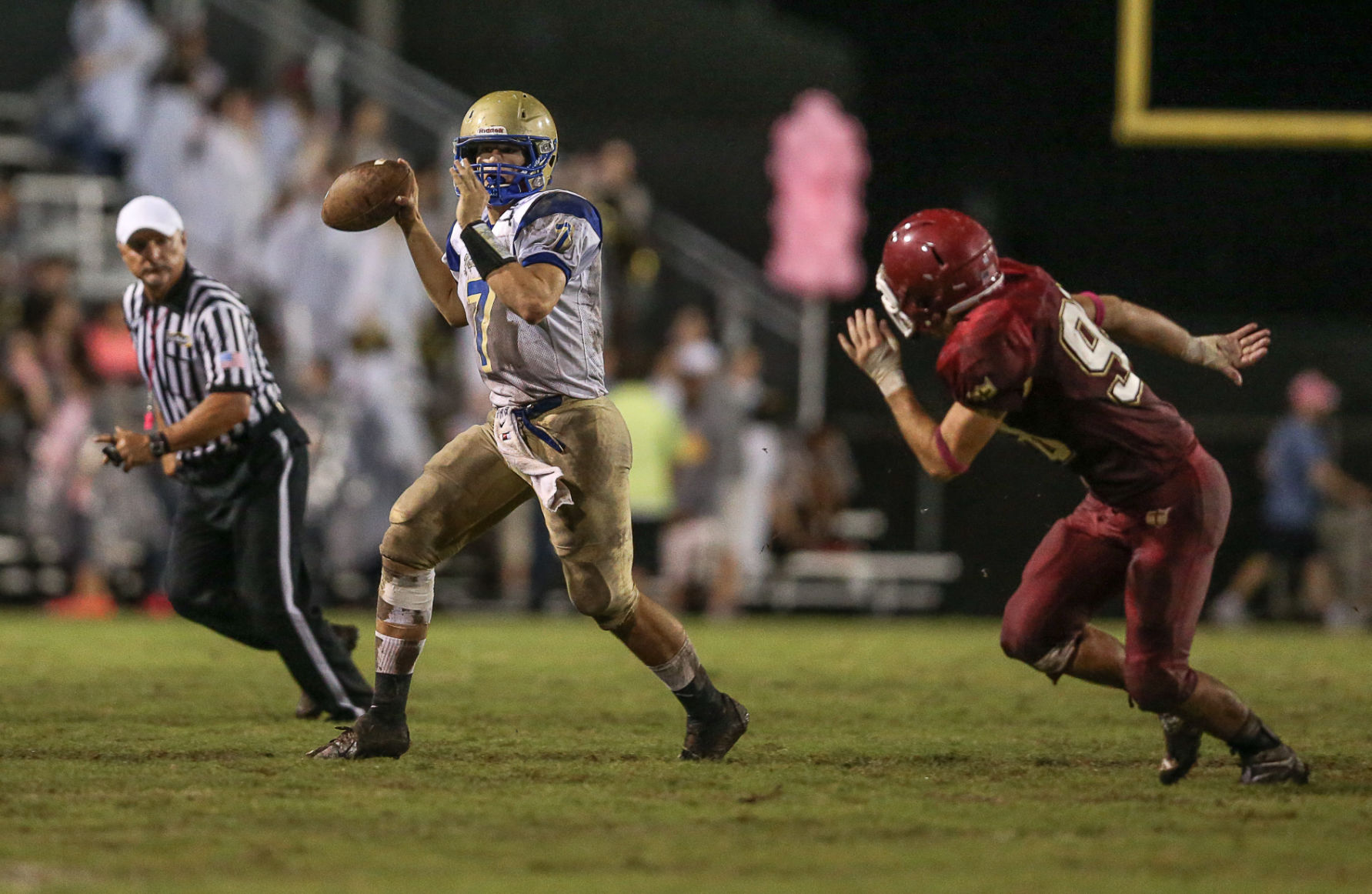 Vandebilt Catholic High School has a new identity on both sides of the ball after a head coaching change at the end of last season.

Former Nicholls defensive coordinator Jeremy Atwell takes the reigns as head coach for the Terriers after spending 14 years as an assistant coach, nine with the Colonels and five with Thibodaux High School.

“It is a dream come true. This is what I prayed for and what I have wanted since I have been coaching,” Atwell said. “Obviously, it is about the kids, but inevitably there is some ego and you want some career advancement.”

Atwell takes over for Brad Villavaso. With a new face and new philosophy at the helm, the team is ready to get back to work.

“It has been great. We have a lot of new faces and some old ones back. We have a lot of new stuff going in. It is different around here, but it is better,” senior quarterback Bailey Pere said. “They make us want to come out here everyday and play for them. It feels like everyone wants to be here. They make it fun for us.”

Micromanaging the staff and players is not in Atwell’s wheelhouse.

“I can’t coach every position, nor do I want to. I have to have trust in my assistants that they will do a good job being loyal to me, the school and this program and all of these guys have been that way,” Atwell said.

As head coach, he will run the offense and work with the quarterbacks.

The Terriers offense has strengths at every position. The one area he thinks they can improve upon is their perimeter play. Vandebilt wants to be able to throw the ball downfield a little more than in the past.

“We have to keep teams honest and we have some things set up with our scheme. We will always have a vertical threat somewhere and teams will have to honor that,” the head coach said. “If they don’t, then hopefully we can score a lot of points.”

On the flip side, Atwell wants his team to run the ball effectively. With the run-first approach, they will spread the field and continue with a zone-read scheme the Terriers are familiar with. Last season, the zone read was the Terriers’ bread and butter.

Atwell credits his offensive approach to Nicholls former head coach and now Northwestern State head coach Jay Thomas who always told him, ‘”If you end every possession with a kick, you can win the football game.”

Punting, attempting field goals or attempting an extra point on every possession is the team goal, which ultimately means no turnovers.

Mistake free football starts with the quarterback in the huddle trickling down to the pre-snap reads at the line scrimmage and then executing the plays. Pere and junior David Yancey have been meeting with Atwell to discuss methods of running the offense.

“He makes the game a lot clearer to us. He is making us read defenses so we are picking up on it more and more,” Pere said.

Pere started last year under center, but his season was short lived because of an ACL injury. Yancey took over and was impressive enough to lock those two in a battle for the starting spot. Atwell has been impressed by Pere’s resiliency.

“He is as tough as boot leather. He never misses a workout and never complained,” Atwell said. “He got cleared this summer and played in a summer basketball game that night, which I wasn’t necessarily happy with, but that says a lot about his competitive drive.”

One of the first moves Atwell made was bringing his former Nicholls player and graduate assistant, Mike Walker to run the defense. Atwell described Walker’s arrival as a blessing.

“Mike has his MBA and he could be doing a lot more than coaching and teaching, but that is what he chose to do,” Atwell said. “He loves teaching young people and is kind of in the same boat as I was. He does not care which level. That is what coaches do, they love to teach.”

Walker’s deep roots to his high school playing days at John Curtis Christian School are what brought him to coaching. Walker won three state championships with the Patriots.

“I had some great coaches who not only taught me football and academics, but they taught me how to be a man,” Walker said.

Walker’s squad got its first test switching from a 4-3 to a 3-4 zone-based defense. Vandebilt will play man coverage in certain situations, but will play out of their base defense on first and second downs and then go after the quarterback on third, especially in third-and-long situations.

“The learning curve was kind of steep at the beginning, but I think now the guys are picking things up well and making all of the adjustments and checks so I think it will be good for us,” Walker said.

Walker has a simple philosophy for his defense: he wants his players to always line up in the right places, always play with relentless effort, be physical at all times and create takeaways or a term the the Terriers now refer to as a “get-back.”

If they do those things, Vandebilt’s new coordinator said the team will thrive in the 2014 season.

“That is what I believe any coach should want to do. That is what we are going to hang our hat on and that is going to be our identity here at Vandebilt,” Walker said.